If you’ve consumed alcohol at any point in your life — especially on a beach in a Caribbean location — more likely than not you’ve tasted rum. However, rum’s sipping pleasures go much deeper than acting as a base for fruity, sugar-ridden punches and mixed drinks. In fact, rum comes in various forms; white, spiced, and the all-too-forgotten dark.

Rum is technically identified as a distilled beverage made from sugarcane byproducts or sugarcane juice. Dark rum, however, is seen as the purest expression of one of the most widely used sugarcane byproducts, molasses. The rum is then (generally) aged in oak barrels. Various styles have emerged, including the highly popular Demerara style, which was the sweet base for Navy rums widely consumed in the 1900s. Here are six of our favorite dark rums to get you up to date on just how awesome distilled sugarcane can be on its own. 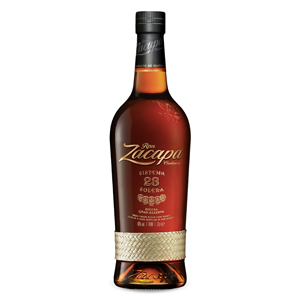 Handcrafted in Guatemala, this rum is an ideal expression of complexity and skillful blending. Aged between 6 and 23 years at 2,300 meters above sea level, Zacapa brims with warming flavors of raisined fruit and baking spice. Average price: $46 This Venezuelan rum is produced from distilled molasses in copper pot stills, followed by 12 years of aging. With rich, sappy flavors of dried fruit and caramel, it’s no surprise this rum is one of the most highly awarded bottles on the market. Average price: $39 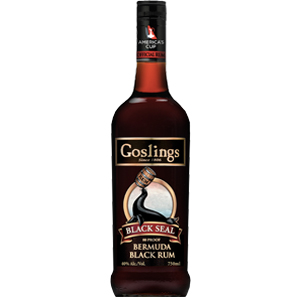 This Bermudan bottle has been crafted since 1858, with quality and complexity remaining consistent for over 150 years. Pot and continuous stills are both used in Black Seal’s distillation process, providing flavor and intricacy in every bottle. Balanced flavors of vanilla and candied fruit finish with a soft, elegant finish. Average price: $21 Inspired by Ernest Hemingway, this robust dark rum is made right here in the USA. Bold and spicy, Papa’s Pilar makes for the perfect after-dinner sipper. Average price: $40 Known for being ‘World Famous, Dark and Mellow,’ this Jamaican rum has become one of the most widely respected dark rums on the market. Aromas of burnt wood carry over to a full-bodied palate of balanced sweetness, speckled with flavors of dark caramel. Average price: $21 Founded by Alexandre Gabriel, the mastermind behind Maison Ferrand Cognac, Plantation Rum holds the same values of elegance and refinement. Produced and double-aged in Trinidad, Plantation Dark Rum first ages in American oak barrels, then makes its way to France. The rums are then divided, with some rums destined for Trinidadian bottlings, and others blended with old Jamaican rums of up to 15-20 years in age. Long-lasting and sweet, this bottle is a unique must-try for rum aficionados everywhere. Average price: $34