Whether frozen or on the rocks, rum cocktails are often synonymous with vacation. And as much as we love sipping Daiquiris and Coladas poolside, VinePair believes that rum is a multifaceted spirit that cannot be put into a box. From creamy Coquito to minty Mojitos, rum-based cocktails are year-round delicacies that pair as well with dinner parties and fall happy hours as they do with sunbathing.

That’s why we’ve compiled a list of the 14 best and most popular rum cocktail recipes. If you’re looking to expand your rum repertoire, look no further. Daiquiris are easy to make and easier to love. In fact, the Daiquiri is the top-selling rum cocktail across the globe. Though many imbibers think of the sweet frozen cocktails from their beach vacations of yesteryear, the Daiquiri is actually a simple and tart drink that’s far from saccharine. To make one, combine white rum, lime juice, and simple syrup in a shaker, and strain over ice. Garnish with a lime wedge, and enjoy any time of year. 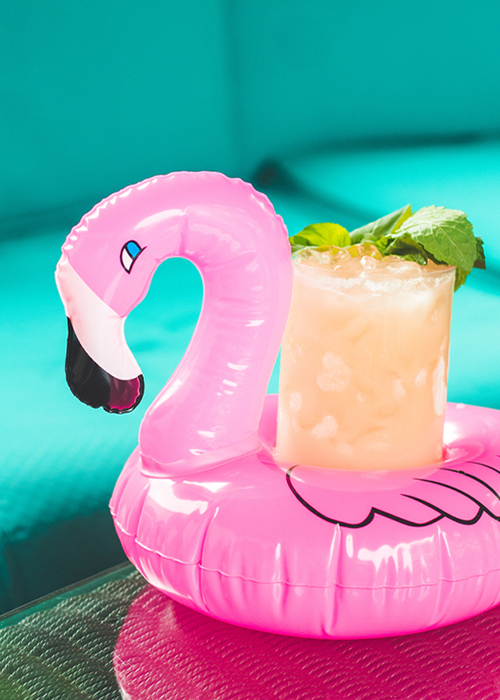 Perhaps the most essential and well-known Tiki bar staple, the Mai Tai was created by Tiki legend Trader Vic. It’s made with blended rum, lime juice, orgeat syrup, and orange liqueur, shaken together with ice. Serve it in a double rocks glass complete with crushed ice and a mint sprig. If you like Piña Coladas, you’re in good company. The cocktail ranks as one of the world’s 50 most popular cocktails, and is an ever-so-sippable combination of white rum, coconut cream, and pineapple juice. It’s often served frozen, but it’s also tasty shaken and served on the rocks in a Hurricane glass. Garnish with pineapple leaves and a slice of pineapple. With only two ingredients, the Dark ‘n Stormy, initially invented by 1920s sailors, is a hard cocktail to mess up, making it a great anytime, anyplace drink. Simply add ginger beer to a Highball glass with ice, and float Goslings rum (the brand has actually trademarked the drink) on top. Garnish with a lime wedge, and take to the high seas. 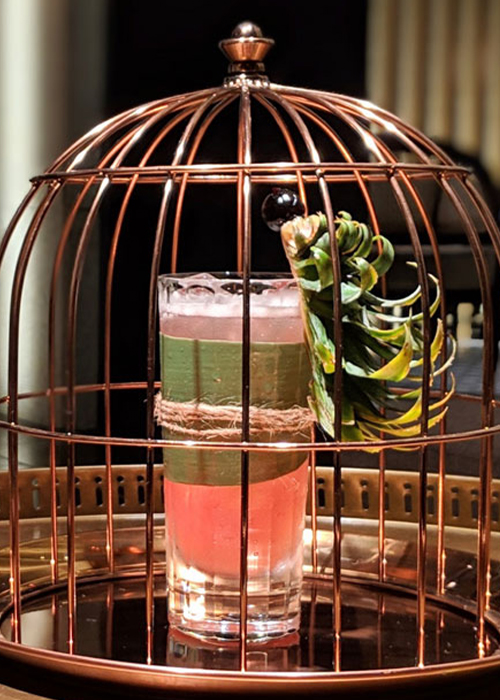 The story goes that the Jungle Bird was originally crafted in Kuala Lumpur in 1978. The classic Tiki drink is made with rum, Campari, lime juice, simple syrup, and pineapple juice. It’s best served in a Highball glass with ice and a pineapple wedge garnish. One sip, and you’ll be transported to your favorite beach bar. This hearty and frothy cocktail is a wintertime favorite in Puerto Rico. An ideal concoction for lovers of eggnog or Brandy Alexanders, this batchable drink combines silver rum with coconut milk, cream of coconut, evaporated milk, and sweetened condensed milk. To make it, blend all ingredients together, then shake with a tequila wash. Strain into a coupe glass, and top with a sprinkle of nutmeg. This riff on the classic Daiquiri was a favorite of writer Ernest Hemingway, who often ordered it at the Floridita bar in Havana. It’s still made with white rum and lime juice, but rather than simple syrup, this variation calls for Maraschino to provide sweetness. This boozy cocktail is sure to rid you of bad moods and cocktail boredom. In what’s essentially a stronger Piña Colada, the Painkiller combines rum, pineapple juice, orange juice, and cream of coconut. Serve in the cocktail glass of your choice, and garnish with a sprinkle of nutmeg, pineapple leaves, and an orange wedge. Pro tip: If you see a #2, #3, or #4 next to this cocktail’s name on a menu, those numbers indicate the amount of ounces of rum the drink contains. This Cuban concoction was another favorite of Hemingway’s (and who could blame him?). The cocktail saw a huge spike in popularity in the early 2000s and remains a fan favorite — ranking as the 10th most popular cocktail in the world. To make one, muddle about 10 mint leaves in a glass, then top with white rum, lime juice, and simple syrup. Add lots of crushed ice, and garnish with a mint sprig for good measure. While eggnog can technically be spiked with any booze, the VinePair team is partial to rum. For this crazy-simple, large-format recipe, add homemade or store-bought eggnog to a punch bowl with rum, and serve to all your thirstiest holiday party guests. Created in 1934 at Donn Beach’s Don the Beachcomber restaurant in Hollywood, Calif., the Zombie was meant to revive a hungover customer but allegedly left him feeling like a zombie instead — likely thanks to the five different types of spirits used for this cocktail’s base. To make your own, combine light and dark rum, apricot brandy, and falernum liqueur with freshly squeezed lime juice, pineapple juice, and grenadine in a cocktail shaker. Shake, strain into a Collins glass, and add an overproof rum float for good measure.

If silky, decadent pineapple upside-down cake is your favorite dessert, you may meet your new go-to cocktail in the form of the Rum Sour. A wonderful combination of golden rum, fresh lemon juice, simple syrup, and egg white, the Rum Sour is creamy, smooth, and undeniably delicious. First mixed during Prohibition, the Hurricane has withstood the test of time and cemented itself as a beloved New Orleans staple. The cocktail — a mixture of light and dark rums, orange, passion fruit, lime juice, and grenadine — gets its name from the password for entry to the bar where it was first created: “Storm’s brewin’.” To embrace the storm for yourself, add all ingredients to a cocktail shaker and strain into a glass with fresh ice before garnishing with an orange and a cherry. The story goes that the Cuba Libre was named when a U.S. army captain stationed in Havana during the Spanish-American war toasted to Cuba’s freedom, Cuba Libre, with the drink in his hand. Though the Cuba Libre has a very similar spec to a simple rum and Coke, the addition of punchy lime wedges sets this cocktail apart from the dive bar classic.