The Story Behind The Cuba Libre

The Cuba Libre’s history is rich in irony. Legend has it that, during the Spanish-American war, a U.S. army captain stationed in Havana mixed up the concoction as a toast to Cuba’s freedom. The cocktail is now caught in a tangled political web that prevents one of its key ingredients, Coca-Cola, from being sold on the island where it originated.

A beachy twist on the Rum and Coke, it’s fresh lime juice that gives the Cuba Libre its signature punch. The citrus also helps mellow the sweetness of cola and gives depth to the smoky caramel and vanilla goodness of fine rum. Is a Cuba Libre the same as a Rum and Coke?

While made with both rum and Coca-Cola, a Cuba Libre adds freshly squeezed lime juice to the mixture.

Why is it called a Cuba Libre?

As the story goes, during the Spanish-American war, a U.S. army captain stationed in Havana poured Coca-Cola and lime juice into his glass of rum before shouting in a toast, “¡Por Cuba Libre!,” which translates to, “For a free Cuba!”

How much alcohol does a Cuba Libre have?

A Cuba Libre contains two ounces of rum and comes in at around 11 percent ABV. The Pomegranate Mojito Recipe:
Why should summer be the only time for Mojitos? This seasonal spin made with pomegranate juice, mint, and rum will upgrade your winter. Caribbean Club Recipe:
A classic American cocktail gets a contemporary makeover in this modern riff on the Clover Club featuring white rum and lemon curd. 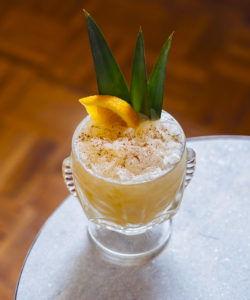 The Painkiller Recipe:
This classic tiki cocktail can be made with different rums at varying strengths. Get the recipe and learn how to make it here! 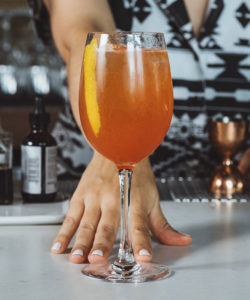 The Brunch With The Parents Cocktail Recipe:
Perfect for brunch, this easy-drinking cocktail from Portland's Grand Army Tavern combines rosé wine with rum and the lovely, floral flavors of rosehips. Get the recipe here!