Angostura bitters. You’ve definitely seen it: that tiny little bottle with the big white label and the bright yellow cap. It’s an indispensable bar fixture almost as common as ice cubes (so make sure you know how to pronounce it).

What is this stuff, exactly? How has it set up camp in pretty much every bar you’ve ever been to? Why should you care?

Let’s start at the beginning.

Science, War and A Family Business

The inventor of this tiny tincture is a fellow named Johann Gottlieb Benjamin Siegert, so you know it’s serious. J.G.B. was a medic in the Prussian army, and fought against Napoleon (no big deal). He then went on to become Surgeon General for Simón Bolívar, and was stationed in a little town in Venezuela called Angostura.

Siegert became fascinated with the herbs and plants in the area. He experimented with different blends and mixtures to create a bitter medicine to boost the health of the troops. When Bolívar finally moved on to fight across Latin America, Siegert stuck around Angostura and kept working on his recipe.

It was years later, when his sons started helping him on the business side of things, that everything changed. They moved operations to Trinidad, sold cases of their bitters to international royalty, and hired a sugar technologist – yes, you read that correctly.

To this day, The House of Angostura bottles up bitters for the world to enjoy, using the same recipe Siegert came up with back in 1824. A recipe shrouded in mystique.

Want the Recipe? Good Luck With That. Production of Angostura is kind of cloak-and-dagger. It’s speculated that the recipe contains over 40 ingredients, but only five people on the planet know the formula. They’ve made a pact to never fly on a plane together — or to even eat in the same restaurant. That’s commitment.

Raw ingredients are first collected in a facility in England, where they’re separately and discreetly bagged. Then they’re shipped to the island of Trinidad, where everything slips quietly through customs without inspection. It’s all part of a deal the Siegert family made long ago.

Once the packages reach headquarters, they’re collected in The Sanctuary, an exclusive upper chamber. That’s where the five secret experts grind and blend the herbs and spices. Next, the base mixture drops, as if from heaven, down into carts on the first floor, where other workers take over.

Everything is infused with a high-proof spirit in giant percolator tanks. The resulting distillate is combined with brown sugar and coloring, then diluted to 44.7% alcohol. After that, the treasured bitters are ready to emerge from the shadows of secrecy and depart to the cocktail bars of the world.

What’s With That Label? Next, of course, comes bottling, packaging and distribution. And the quirkiness continues. Bottles of Angostura are well-known for the unusual label, which sticks up around the neck like a cone of shame.

The story of the label seems to go something like this: the Siegert brothers were entering a competition. One brother rushed off to get bottles, the other to create labels, but they kind of failed to sync up on the details—so the label was too tall. Without any time to correct it, they headed off to the competition with what they had.

Well, they lost. Afterwards, however, one of the judges pulled them aside and said they should keep it as their signature packaging. They took the advice, and it’s been that way ever since.

Cocktails wouldn’t be the same without it. When it comes to cocktails, Angostura is synonymous with several classics. There’s the Old Fashioned, the Manhattan and the Daiquiri, plus a slew of Tiki drinks. Each one only uses a couple dashes of Angostura, but now bartenders are playing with recipes that use much heftier portions.

The Angostura Sour holds an incredible 1 1/2 ounces of its namesake bitters. That burly serving gets shaken up with lime juice, sugar and an egg white, which means Angostura is the only boozy ingredient in the mix. This recipe has been around a while, but recently another contender has caused quite a stir, the bracing Trinidad Sour.

The Trinidad Sour also contains a whopping 1 1/2 ounces of Angostura. Blended with orgeat, lemon and a touch of rye, this is a varsity-level drink that bartenders admire. In fact, it’s become quite popular, which is why you’ll see barkeeps prying the drip caps off of Angostura bottles, allowing for a steady pour.

In 2014, Angostura released a new item to celebrate its 190th year: Amaro di Angostura. The blenders in Trinidad have used their famous flavor profile to create an Italian-style digestif. They suggest using it in the Amora Amaro, a lime-laden cocktail with 1 1/2 ounces of the new amaro, plus an additional 3/4 of an ounce of the bitters. Prepare yourself, friends. 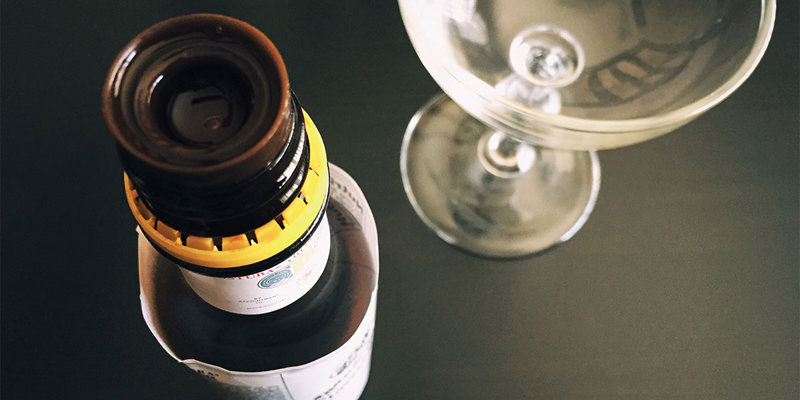 Considering Angostura’s origins, it’s no surprise that there are a lot of other uses for it besides dressing up your whiskey.

Siegert created it to alleviate digestive problems and battle Venezuelan parasites. It makes sense, then, that people still take it to calm an unsettled stomach. Similarly, it’s known to tame the acidity of citrus, which is probably why it works so well in the sour recipes above.

Angostura can add depth and complexity to everything from stews to seafood to sauerkraut. On the sweeter side, it pushes pies to a whole new spiced-up level, and would probably be pretty interesting in something like a root beer float (or a cocktail that just tastes like one).

You don’t have to consume Angostura to make good use of it, though. The wooden fixtures in Seattle’s Canon Bar are all stained with Angostura, an aesthetic feat that must have required a massive supply of those little bitter bottles.

Some even say that if you rub Angostura on your skin, it makes an excellent mosquito repellent. Give it a shot? Siegert would, no doubt, be proud.