As the leaves turn to colors of amber and red and the cool autumn air sets in, many of us are swapping out chilled and frozen summer drinks for warmer cocktails with seasonal flavors and spices to keep us cozy throughout the upcoming months. An easy way to get that quintessential fall feeling is mixing up a drink using apple brandy.

Between adding Calvados to classics like the Negroni or Old Fashioned, or mixing in the New Jersey-born Laird’s Applejack to a Hot Toddy, the crisp apple flavor of apple brandy is a great addition to any fall night at home.

Get ready to embrace the changing seasons with these 11 apple brandy-based cocktails from VinePair’s recipe library. 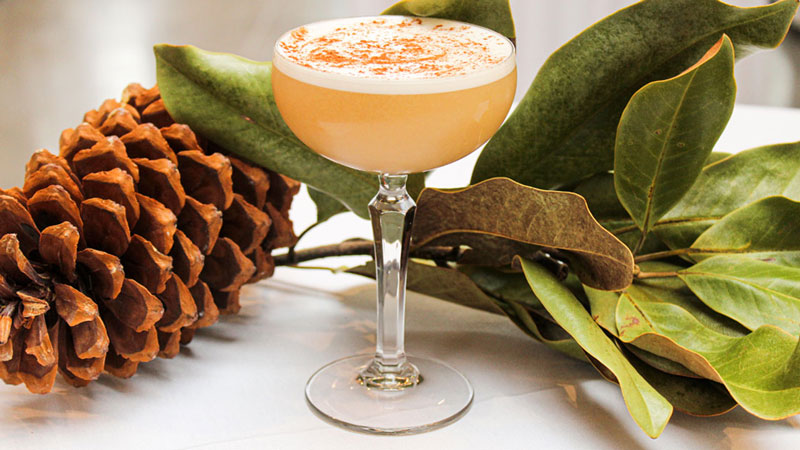 A mix of bourbon, apple brandy, maple syrup, Ancho Reyes chile liqueur, and citrus, this seasonal cocktail was developed at TAPS at The Georges by manager and bartender Bill Harden. Combine the spirits with egg white, maple syrup, and lemon and lime juice in a shaker, strain, and serve with a dash of cinnamon atop the foam for a drink that is sweet, with a hint of spice. Riffs on the Negroni are plentiful these days. For an autumnal twist on the drink, swap out the usual gin for the apple flavor of Calvados. Mix the spirit together with equal parts Campari and sweet vermouth, and serve over ice. Garnish with an orange twist, and enjoy this cocktail by the fire. Combine apple brandy, rye, triple sec, and orange bitters to make this bottled cocktail from Maggie Hoffman’s book “Batch Cocktails” — a perfect pairing for a (socially distanced) fall celebration. Add all the ingredients into a bottle and let sit in the freezer for up to two and a half hours before serving in a chilled coupe glass with an orange twist. This Old Fashioned-inspired drink uses honey syrup in place of the cocktail’s traditional simple syrup, and apple brandy instead of bourbon. Combine these ingredients with a few dashes of Angostura bitters, and garnish with honey syrup-dipped apples dusted with cinnamon — a take on a Rosh Hashanah tradition celebrating the Jewish New Year. The Hot Toddy is one of the most well-known winter cocktails. This version, developed at Esquire Tavern in San Antonio, Texas, adds Hamilton Pimento Dram, a Jamaican allspice liqueur with all the flavors of fall — cloves, nutmeg, and cinnamon. Shake the liqueur together with apple brandy, honey syrup, and lemon juice. Pour the mixed liquids into a warmed mug for an extra cozy experience, and top with warm water. Don’t have apple brandy on hand? Bourbon or rum can easily be used in its place. Created by Kenta Goto, bartender and owner of NYC’s Bar Goto, this is a bubbly riff on the Jack Rose, a 1920s fruity cocktail. Combine Laird’s Applejack, lemon juice, simple syrup, and grenadine in a shaker, and strain into a coupe before topping with Champagne. 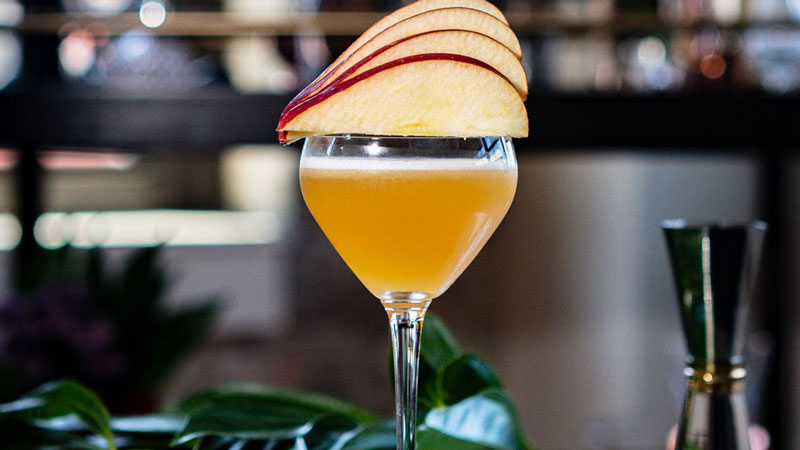 The Daiquiri is so much more than just a summer cocktail. This fall-inspired version replaces white rum with Calvados apple brandy, and simple syrup (again) with honey syrup. Shake both ingredients with lime juice and aromatic bitters, strain into a Nick & Nora glass, and garnish with a fan of thinly sliced apples. In this riff on the French 75, French-made Calvados brandy replaces the traditional gin, adding notes of apple to the revered classic. Add these ingredients, along with the usual lemon juice and simple syrup, to a shaker, strain into a flute, and top with Champagne. Apple brandy and pear juice are both used in this cocktail, giving it an extra touch of fall flavor. Brut sparkling wine is added for an effervescent finish, while a cinnamon stick garnish gives it a festive flare. The I Declare Recipe Developed by Judson Winquist, co-owner of Normandie in Portland, Ore., this is the ideal recipe to enjoy as the seasons change. To make it, shake together brioche-infused Calvados, lemon juice, and ginger syrup, and strain into a Collins glass. Top it off with some citrus-forward IPA, apple slices, and freshly grated cinnamon and nutmeg. Don’t worry if infusing a bottle of apple brandy with a lightly toasted loaf of brioche sounds too daunting — you can still enjoy the drink without the infusion.