The Story Behind The Saon 75

One of the most revered classic cocktails among Francophiles is the French 75, a drink whose origins trace to Harry's New York Bar in Paris. Legend has it that the cocktail was named after the French 75-millimeter field gun used during World War I.

While that drink came out with a bang that still resonates today, the Saon 75 is a riff on this drink. Named for the eponymous Saon, a commune in Calvados in Normandy, France, this version subs out the French 75's requisite gin for Calvados, a brandy made in Normandy from apples or pears.

Calvados adds a bit of complexity to the base of the drink, and works so well in cocktails. It's a great bottle to have on hand, and is easily found in markets around the U.S. 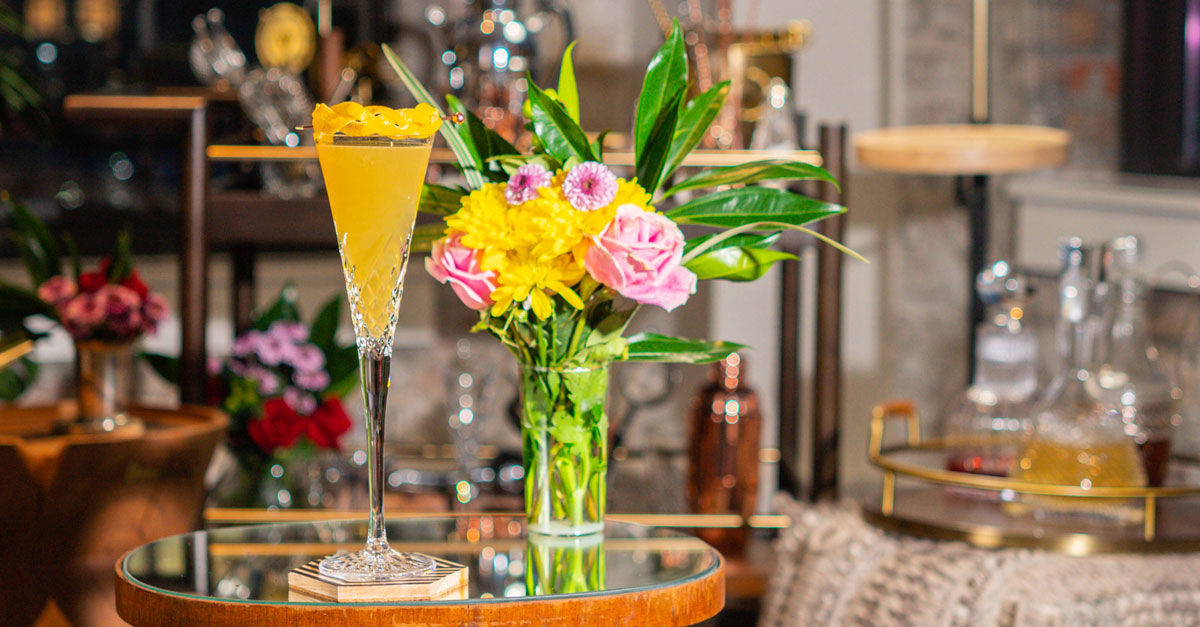 The Autumnal Daiquiri Recipe:
Calvados, a French brandy made from apples and pears, brings fall flavors to this seasonal riff on a classic Daiquiri. Get the recipe here! The I Declare Recipe:
From Portland's Normandie bar and restaurant comes this cocktail with fall flavors like apple and cinnamon, plus a citrusy beer blast. Learn how to make it with this recipe. The Calvados Old Fashioned Recipe:
Calvados, a French brandy that can be made with apples or pears, stars in this twist on an Old Fashioned cocktail. Get the recipe here.

The Calvados Negroni Recipe:
This festive, fall-friendly version of a classic Negroni swaps out gin for Calvados, an apple and pear brandy from Normandy, France. Serve it up!