Beloved by many, bourbon offers complex notes of sweet vanilla, succulent orchard and stone fruits, as well as spicy cinnamon and charred oak. The flavor spectrum is expansive but familiar all at once, securing the spirit’s status as one that’s just as wonderful to sip as it mixed in a cocktail.

From the classic go-to cocktails to creative riffs, there are many mixed drinks that highlight bourbon’s intricate flavors. Read on for 14 essential and popular bourbon cocktails you should know. 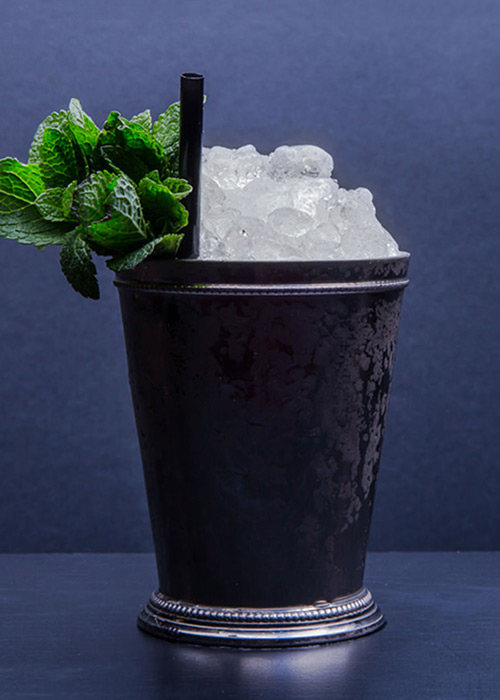 The Mint Julep has been the official drink of the Kentucky Derby for almost a century, and a longstanding staple of southern cocktail culture. The simple mixture of bourbon, sugar, ice, and mint was first served in the late 1700s and served in silver cups that have remained a tradition to this day. Just pour a bit of Kentucky’s spirit in a pewter or silver cup, throw in a bit of simple syrup and mint, and top with plenty of crushed ice, to bring the spirit of Derby Day wherever you are. 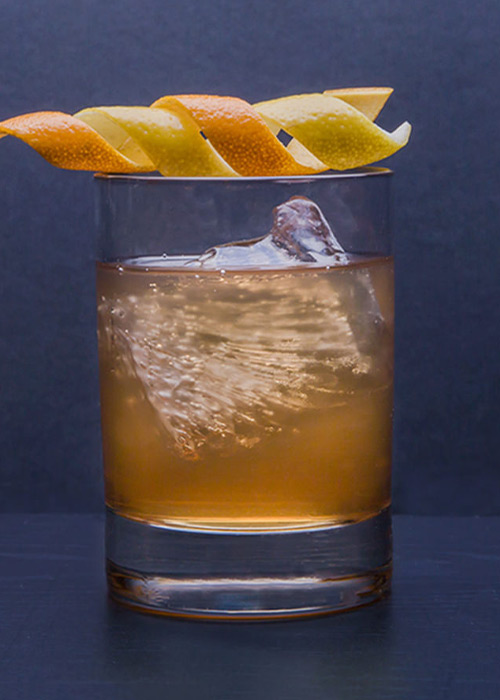 One of the oldest cocktails in history, the Old Fashioned is a classic bourbon drink at its simplest. With a sugar cube or some simple syrup, Angostura bitters, and a citrus twist, it’s a good one to toast your ancestors (or to “Mad Men’s” Don Draper, of course.) A close cousin of the Whiskey Sour, the Whiskey Smash is made with bourbon, a nip of simple syrup, some muddled lemons, and a few mint leaves to garnish. This drink brings out the sweet notes of bourbon, which balance nicely with the tart citrus juice, and coolness of the mint. Though it slipped out of style for a few years, it has made a recent comeback riding the whiskey wave and having been a popular cocktail served at New York City’s iconic Rainbow Room bar. Lovers of the Negroni will enjoy this Prohibition-era cocktail made with whiskey instead of gin. The substitution adds an extra bit of oaky sweetness that makes this cocktail unique and memorable. It was first crafted in the 1920s by Erskine Gwynne, an American who was living in Paris at the time. A delicate balance of bourbon, Campari, and sweet vermouth, the Boulevardier brings a European spin to the flavors of America’s native spirit. 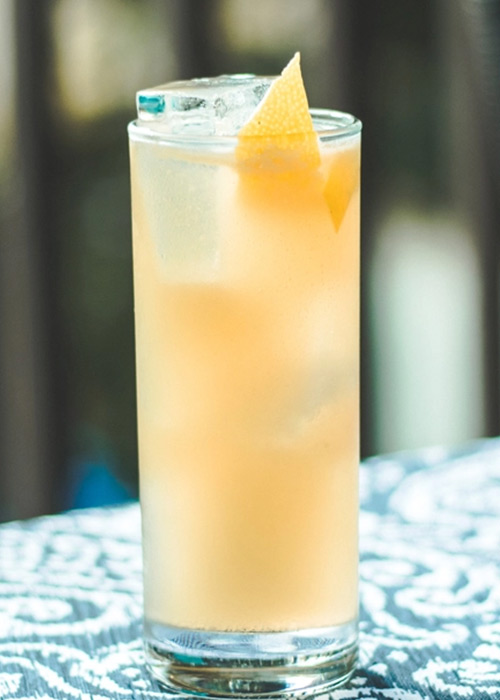 Invented during the early aughts at famed NYC bar Milk & Honey, this drink is a riff on the well-known Scotch-based cocktail: the Penicillin. However, unlike its predecessor, this cocktail uses bourbon in place of Scotch, and an equal amount of aged rum which is paired with citrus, honey, and ginger, and topped with soda water. Though any aged rum will do, ​​options from Barbados and Jamaica work best as they will deliver some nice tropical fruit flavors that balance well with the bourbon. 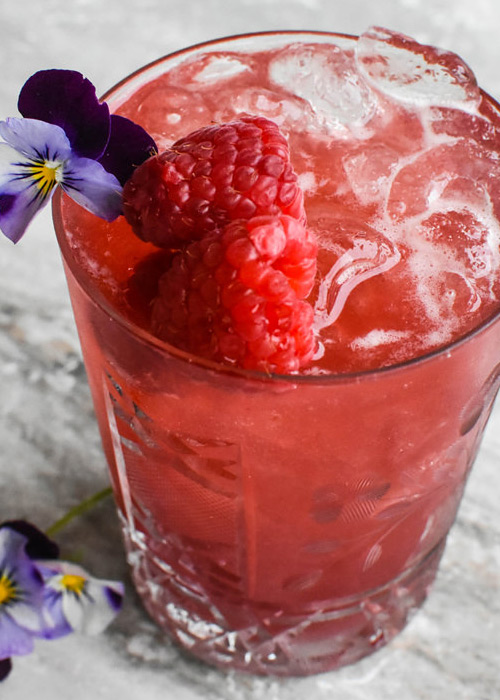 The Southern Jam is a quintessential summer cocktail. This recipe combines bourbon, lemon juice, and raspberries with raspberry jam for a textural drink that has a surge of sweet fruity flavor. With two cornerstones of Southern fare merging beautifully, it’s a sweet and refreshing drink that can easily be enjoyed all year round. This cocktail pays homage to the spirit’s Southern roots with the addition of blackberries, which are known to play well with whiskey. To make, simply shake together bourbon, lemon juice, simple syrup, and blackberries and strain into a serving glass. The resulting cocktail serves the perfect balance of sweet and sour. This version of the classic Moscow Mule exchanges vodka for bourbon, creating a delightful and refreshing whiskey highball. Already serving flavors of spice and vanilla, bourbon blends beautifully with the ginger notes present in the mixer. The result is undoubtedly mouthwatering, and with a drop of freshly squeezed lime juice and a cool cooper mug who can resist sipping every last last drop? The Nor’easter cocktail is infinitely less dreadful than the storm it’s named after. The recipe calls for maple syrup — hence the hat tip to New England, one of the largest maple syrup-producing regions in the world. Best made with Four Roses bourbon, it’s shaken together with some lemon and lime juice, maple syrup, apple brandy, Ancho Reyes chili liqueur, and egg whites for a silky texture. The outcome is spicy-sweet and ideal to sip while curling up next to the fire as a storm rages on outside. Coffee cocktails are having a moment, with the resurgence of drinks like the Espresso Martini and brands such as Mr. Black liqueur, making now the perfect time to sample the Banker’s Choice. This recipe was first created at Philadelphia’s Bank & Bourbon bar, and although it may take a few extra hours of preparation, the results are worth it. It calls for coffee-infused bourbon (which you can make yourself), some maple syrup, Lazzaroni Amaro, and crème de pêche. This cocktail uses honey instead of maple syrup, which is traditionally deployed to sweeten the Brown Derby cocktail. To make, simply combine bourbon, grapefruit juice, and maple syrup, and some strawberries in a shaker with ice; shake until chilled; then double strain into a chilled coupe glass. While it has a sweet foundation, the bitterness of the grapefruit juice anchors this drink and makes it a balanced treat. You might even say it’s spring in a glass. 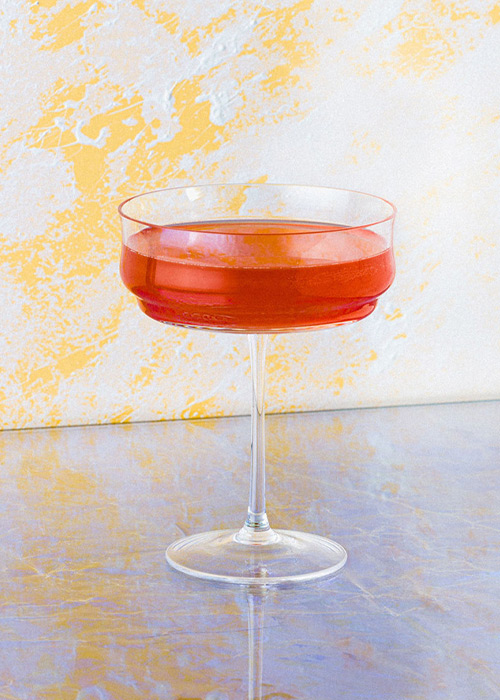 The origins of this modern cocktail are steeped in pop culture as it was first created by NYC mixologist Sam Ross and is named after the M.I.A. track “Paper Planes.” Composed of Aperol, bourbon, Amaro Nonino, and lemon juice, it’s a delicate balance of bitterness, sweet candied fruit notes, and aromatic herbal essences. It’s no wonder this cocktail has continued to “soar” and is now seen on menus around the world. Now considered a modern classic bourbon cocktail, the Gold Rush was initially created by T.J. Siegal as a riff on the classic Whiskey Sour. A shaken mix of bourbon, lemon juice, and honey syrup, it skips the egg white. But the sweet tang of the cocktail is sure to win over all traditional sour fans.