The Story Behind The Paper Plane

The Paper Plane is a modern cocktail that has soared in popularity (there’s even a California bar named after it) since being created in 2008 by one of NYC’s masters of mixology, Sam Ross. Inspired by the M.I.A. track “Paper Planes,” which Ross was listening to when he thought up the recipe, the drink was originally introduced at the Violet Hour in Chicago and is composed of Campari, bourbon, Amaro Nonino, and lemon juice.

Ross later decided to sub in Aperol for the Campari to balance the bitter and sweet notes — a combination that pairs exceptionally well with the amaro’s exquisite, candied fruit and complex herbal essence. As a result of its sophisticated flavor profile, the Paper Plane can now be found on the menus of high-end bars and in the hands of cocktail connoisseurs around the world. The Honey Rye Manhattan Recipe:
This rye-based cocktail combines honey, winter citrus, and amaro, and is the perfect drink for fireside sipping. Get the recipe and learn how to make it. The Brooklyn Cocktail Recipe:
One of a series of cocktails named after the five boroughs, this riff on the Manhattan calls for a rare French liqueur. 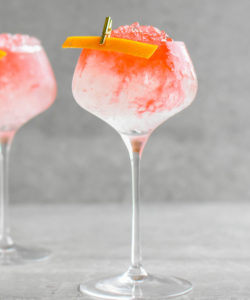 The Negroni Bramble Recipe:
What do you get when you customize the classic Negroni with two vermouths and crushed ice? This colorful, crowd-pleasing sipper. Peasant Wine Bar’s Hot Buttered Amaro Caldo:
From Peasant Wine Bar, this drink is made with amaro, spices, and plenty of butter. The result is a decadent, drinkable dessert. Americano:
Get our recipe for a great Americano. Learn everything you need to know to make a perfect Americano.