Few spirits conjure up a sense of place as rum, the sugarcane-based spirit that originated in the Caribbean and has lent itself to all manner of tropical cocktails. But while some tiki drinks can be complex affairs, the natural flavors of rum don’t require a litany of other ingredients to shine.

To assemble this roundup, we polled the passionate and opinionated VinePair staff for a totally subjective survey of the best mixers for rum. The list runs from sweet to spicy and even bitter mixers, all of which play off rum’s flavors, which range from tropical and grassy in lighter rums to caramelly and complex in aged rums.

As with any cocktail, a good version starts with high-quality ingredients, which means fresh fruit and good rum. (Luckily, many of the best rums are surprisingly affordable.)

Here are eight of our favorite rum mixers.

What To Mix With Rum

While limes are typically the citrus of choice in such classic white rum cocktails as the daiquiri, floridita, and mojito, a number of our staff extolled the virtue of aged rum with lemon juice (and maybe a splash of soda.) The secret to this winning, if unexpected, flavor combination has its roots in flavor science. As Bar & Restaurant explains, the quick burst of citric acid from a lemon complements the body of an aged spirit, while the lingering malic acid present in limes adds complexity to a clear one. 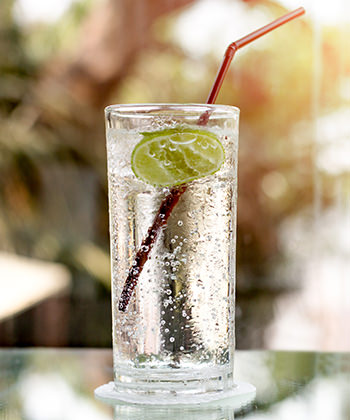 For a light, refreshing rum highball, squeeze a few lemons into a Collins glass with your preferred dark rum, and top liberally with club soda. With its faint but noticeable minerality, club soda brings out a rum’s inherent nuttiness, and can temper a spiced rum’s heat.

While traditionally paired with floral gins or neutral vodkas, the bitter quinine in tonic water is an excellent complement to any rum’s funky sweetness. Depending on the rum’s age, the tonic water may play off its floral and woody notes as well. And if you’re not completely sold on tonic, try a rum and “sonic,” a 50-50 mix of soda and tonic. (And consult our rundown of the best tonic waters.)

It’s one of the main ingredients in a piña colada, and makes a nice addition to a daiquiri for good reason. The tanginess of pineapple juice has the same balancing effect on rum as citrus (just be sure to juice it fresh), and has an understated earthiness that complements the natural woody floral notes of a gold or dark rum. 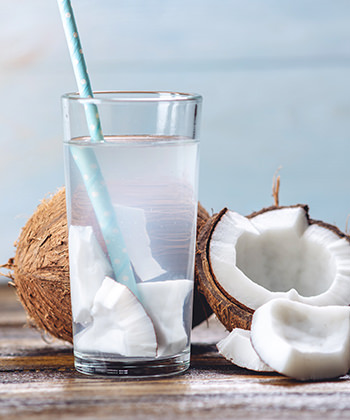 While our staff was divided on coconut water, there’s no denying that it supplies the same tropical flair to a drink as Malibu or Coco López, but with a lighter touch. (Depending on the brand, you might wish to also add some citrus for flavor.) As a bonus, all those electrolytes in coconut water may help stave off a hangover.

A classic highball, the combination of bittersweet cola with funky rum dates back at least 100 years, possibly to the Spanish-American War. (As for why we drink rum and Coke, and not rum and Pepsi, we may have a popular 1940s song to thank.)

Flavored seltzers, whether they’re made with natural flavors or mixed with juice (try Spindrift’s new pineapple seltzer), can offer almost limitless flavor options, in addition to the bright, refreshing fizz that has made hard seltzer a runaway hit. (Go ahead, mix rum with mango White Claw. You know you want to.) 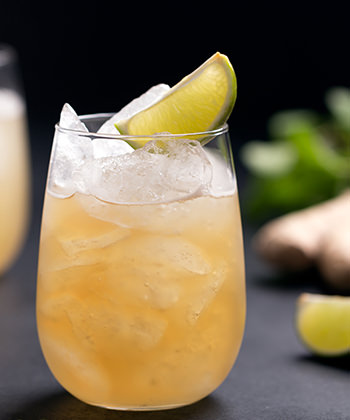 Slightly spicy, gently sweet ginger beer is an iconic companion to rum, as evidenced by the popular and trademarked cocktail, the Dark ‘n’ Stormy. Or mix up a white rum and ginger ale for something a little lighter.