Carbonated water in its many iterations can be confusing. There’s seltzer water, also known as soda water, (not to be confused with its boozy sibling, hard seltzer) and its whole host of flavored seltzer off-shoots. Then there’s club soda. And then there’s sparkling water, or sparkling mineral water, with its subtle flavors that range from salty to metallic. But are all of these refreshing, fizzy drinks the same? And where does tonic water fit into it all?

Though each of these bubbly beverages appears identical, each contains different flavor profiles and is made using different processes. To help understand the differences between them, we’ve compiled this, the complete guide to carbonated water, so you can know the differences between club soda, seltzer water, and sparkling water — plus tonic, too — once and for all.

What Is Seltzer Water? 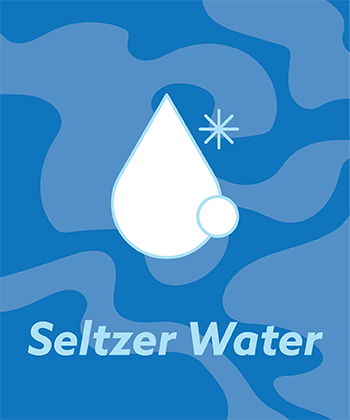 Also known as soda water, seltzer is the simplest of these waters, made by carbonating plain water with carbon dioxide (CO2). Owing to its neutral profile, seltzer water is occasionally flavored using natural fruit essences and oils, as in popular brands like La Croix and Spindrift.

What Is Club Soda? 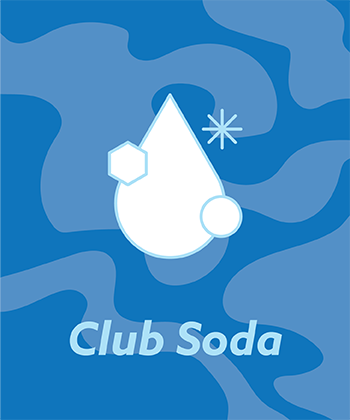 Club soda is similar to seltzer water, but in addition to CO2, various minerals — including sodium bicarbonate, sodium citrate, disodium phosphate, and occasionally sodium chloride — are added. If a cocktail recipe calls for seltzer but you only have club soda on hand, there’s little perceivable difference between the two, and one can easily be substituted for the other.

What Is Sparkling Water? Sparkling water, or sparkling mineral water is rich in dissolved solids like potassium, sodium, and magnesium, hence the “mineral” in its name. Unlike club soda, these minerals occur naturally and are picked up as water filters through multiple layers of underground rock and sediment. The water’s bubbles, meanwhile, can be natural or artificially added.

What Is Tonic Water? Tonic water is seltzer water or soda water with the addition of quinine and sugar or other sweetener. For centuries, quinine powder has been used to prevent malaria. Its bitter flavor was so unpalatable to British officers based in 19th-century India, however, that they began mixing it with soda and sugar. Thus the first tonic water was born. It wasn’t long before U.K. officials started mixing the newly invented tonic with their favorite spirit, gin, creating the much-loved G&T.

Tonic water is the only style on this list that contains calories, because of its sugar content, but “light” versions are increasingly popular. In these styles, sweetness is provided by less-caloric, natural-fruit sugars.