Whiskey is known for its complex depth of flavor, and can always be enjoyed neat. But when paired with other ingredients, its versatility really comes out. Whiskey can be sweet, spicy, savory, or smoky — and often a good mixer can help it shine.

Granted, some mixers may suit the personalities of one kind of whiskey more than another — what pairs great with a sweeter bourbon may clash with a peppery rye — so feel free to check out our guides to get a sense of a particular whiskey style’s character. As always, some experimentation may be in order to find what suits your taste best.

(Note: Pricier whiskies, like aged single malts or rare bourbons, are often prized for their specific flavor profiles, so you may want to reserve those for sipping and opt for a less expensive blend for cocktails. But as always, it’s up to you.)

What’s the best bourbon mixer? Depends on who you ask! Also, the perfect mixer might be different based on the characteristics of the bourbon. Trial and error is your best friend! As for what mixers to choose, we polled the VinePair team for a rundown of the best, from old favorites to bolder choices. This is by no means an exhaustive list, but think of it as a foolproof guide when you’re looking for easy cocktail inspiration.

What to Mix with Whiskey

Ginger is the perfect sidekick for whiskey, as its complexity of flavor ranges from sweet to hot, medicinal and earthy, depending on its context and concentration. A simple bourbon and ginger ale is a classic entry-level combination (“heroes never die,” one VinePair staffer opined), while a spicier ginger beer and a toasty Irish whiskey play well in the Irish Mule. For a taste of the fiery kick fresh ginger can provide, mix up a smoky, Scotch-based Penicillin cocktail.

Just as a good whiskey has complexity and depth of flavor, so too does vermouth, with sweet vermouth offering notes of vanilla, orange, and clove, and dry vermouth a more herbal, floral addition.  While numerous whiskey cocktails, from the Boulevardier to the Blood and Sand, hinge on the winning combination of the whiskey and sweet vermouth, the simplest whiskey-vermouth cocktail is the Manhattan. Rye is typically the whiskey of choice — here are some of our favorites — as its spiciness best complements a good vermouth’s sweetness, but a blended Scotch also works admirably (which would make it a Rob Roy cocktail). As for dry vermouth, you can’t go wrong with an Old Pal, featuring bourbon or rye and Campari, all in equal parts. Or a Scofflaw, a winning combo of rye, dry vermouth, grenadine, lemon juice, and bitters. (Want the best of both worlds? Mix up a Perfect Manhattan, which splits the vermouth to include both sweet and dry.) If you prefer your whiskey chilled and with bubbles, you’re in luck. The humble whiskey and soda Highball is having something of a renaissance right now, thanks in large part to the influence of Japanese bartenders. The addition of bracingly fizzy seltzer works best with boldly flavored whiskies, be they on the sweeter side (like Suntory Toki, which was created specifically with Highballs in mind), or something altogether funkier (like Johnny Smoking Gun from Detroit’s Two James Spirits). Be sure to add a squeeze of lemon to your Highball for a citrus kick — or better yet, fill the glass with lemon ice cubes.

There’s no denying this is the drink equivalent of comfort food, “perfect for Netflix and chill,” as one VinePair staffer put it. Jack and Coke may get all the attention, for better and for worse, but Coca-Cola’s sweet earthiness pairs particularly well with any bourbon-style whiskey. Our advice: Stick to an inexpensive whiskey — here are our recommendations — and add a squeeze of lime to temper the sweetness. And while Coke isn’t the only cola you could use, it remains the top choice for a number of historical factors. Indeed, in some parts of the country, “coke” has become a generic catch-all term.

Lemon, orange, grapefruit, lime — most citrus fruits and flavors get on nicely with whiskey. The backbone of a Whiskey Sour, lemon juice adds a sweet tang that can disarm a whiskey’s upfront booziness. In the summertime a whiskey and lemonade is an easy, refreshing long drink; come the colder months, no Hot Toddy would be complete without a wheel of lemon, whose essential citrus oils mingle perfectly with mulling spices to create something downright curative. With the help of honey and ginger, grapefruit and blended Scotch come together for a bittersweet Grapefruit Penicillin. Balance out lime’s sharpness with a gingery Kentucky Mule. And don’t forget the bright and aromatic addition of orange zest to a classic Old Fashioned. 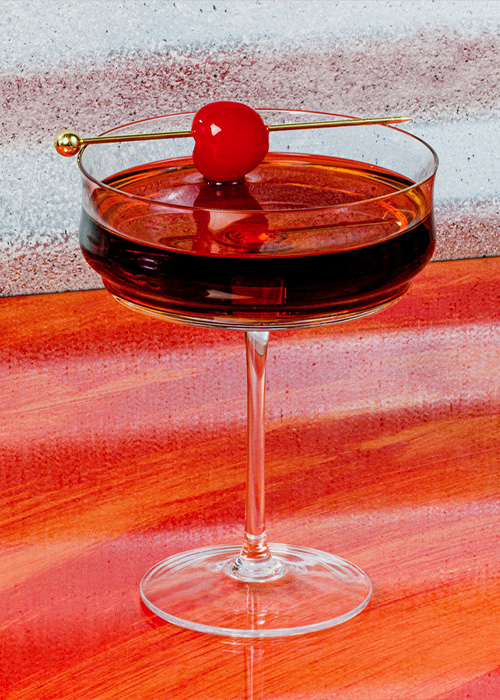 Admittedly, the Amaro category is a broad one — no two Amari are quite alike — so some experimentation may be in order to find the combination of whiskey and Amaro that’s right for you. At San Francisco’s Bourbon and Branch, star bartender Todd Smith had particular success pairing whiskey with the bittersweet Amaro Averna to create the “Black Manhattan,” while Cynar’s vegetal earthiness perfectly complements a blended Scotch.