Maybe you’re standing over a smoking engine. Maybe you’re trying to negotiate lower loan rates for that crushing debt you have. Maybe you’re trying to politely wiggle your way out of yet another office “empowerment retreat.” Whatever the situation may be, at some point we’ve all realized that a lot of what we learned in school has very little to do with certain practicalities of adulthood. (If I ever get out of a traffic ticket by reciting the quadratic equation, I’ll amend that statement.)

Among the many lessons we didn’t learn (and sure, maybe certain legality issues got in the way): the cannon of classic cocktails.  More importantly, how to prepare them. So we thought we’d start up where school left off with a roster of some classic gin cocktails for your sipping pleasure.

We won’t assume you have a full bar (though it’s not too difficult to put one together). And some of the ingredients below are a little esoteric, e.g., dry vermouth probably won’t find a place in your weekend smoothie routine. But you can also pick and choose, learning how to make this or that cocktail while you slowly build your repertoire—and bar. This is a fairly solid; it’s not comprehensive. For obvious reasons, we’re not including the Gin and Tonic. We figure you got that. 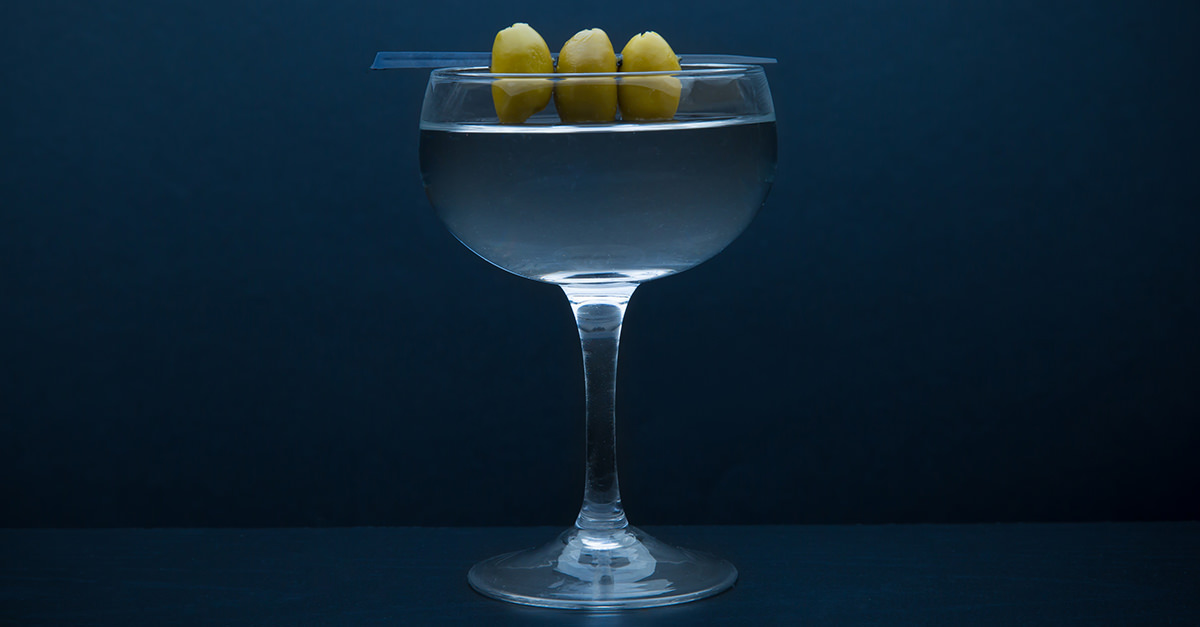 Sorry Sean Connery, but James Bond got it all wrong. The classic Martini is actually made with gin. Also, it should be stirred. Just a combination of two ingredients, this is the first essential gin cocktail to master. And there’s a lot else you can do with that Vermouth. (Heads up, a Gin Gibson is basically the same thing with onion garnish.) A classic and incredibly simple drink (you can get a Vodka Gimlet if you prefer, but this one has more flavor). Supposedly accidentally invented in the late 19th century as British doctors tried to find palatable ways to administer lime juice to sailors to stave off scurvy (vitamin C deficiency). Hasn’t gotten much more complicated since. And we assume it still has some anti-scurvy power? Another cocktail with just a few ingredients (at least part of the beauty of gin, it’s got enough internal complexity that you don’t need to pile much on). By now most people have heard of the drink and relished (or avoided) its bitter Campari citrusy-ness. A 1:1:1 recipe (one part of each ingredient), hard to mess up, and looks damn classy. A little bit of confusion surrounds the drink’s origins, but the composition couldn’t be easier: gin, lemon, and simple all topped with Champagne. As for where it came from, folks tend to think Harry of Harry’s Bar in Paris invented it in the 1920s, and that the name came from the Howitzer 75mm field gun (likely because the booze hit you like a bullet). Others now say it was born in the 19th century. However it got here, learn it, love it. Here we get some flavor and texture variation thanks to raspberry syrup and egg white (which, if you’ve had a Pisco Sour, you’ll know yields a foamy rich top). The drink is named after the pre-Prohibition-era Philadelphia club where it was invented, though it’s now getting us all giddy well beyond city limits. You’ll find a lot of citrus in classic gin cocktails. This one’s a bit like the Gimlet, except you get lemon juice instead of lime. As much as we love Robert DeNiro, don’t try to make it with Collins Mix a la Meet the Parents. The name, FYI, comes from a silly 19th-century prank (is there any other kind?) that some clever bartenders turned into a marketing ploy.

To be honest, the ingredients get a little esoteric here. You probably don’t have Lillet Blanc lying around the house (if you do, well, good on you). There’s also a dash of Absinthe and Triple Sec, but the former is essential for a good Sazerac and the latter will yield you many a delightful Margarita. As for the Corpse Reviver #2, it’s so named because it’s actually meant to work in the ol’ hair-of-the-dog fashion. Hence the modest, ahem, one ounce of gin. Another one from the Savoy Cocktail book with a really interesting flavor profile, thanks to orange bitters, Absinthe, Maraschino Liqueur, and more vermouth. More ingredients, but all they need is some stirring. Yes, James Bond adulterated the Martini, albeit quite handsomely. But another Ian Fleming cocktail you should know about: gin, vodka, and a half an ounce of that Lillet we used in the Corpse Reviver #2 (see, building a bar actually works!). Simple, yet elegant, and for God’s sake, stirred.