Rioja is as age-worthy as the wines of Bordeaux and Burgundy, yet it flies under the radar compared to its more well-known peers. This means that a stellar bottle of age-worthy Rioja can be procured for far less than a similarly rated bottle of Bordeaux or Burgundy. Rioja wine takes its name, like many other wines made in the Old World, from the Rioja region where it is produced.

Where is the Rioja Region?

Wines with a DOCa Rioja designation are made from grapes grown across three different autonomous communities in North Central Spain: La Rioja, Pais Vasco, and Navarra. The source of much confusion, DOCa Rioja doesn’t cover La Rioja in its entirety. The vineyards included in the DOCa designation are planted near the Ebro River in the northern section of the community, which spans 62 miles. About 69 percent of the grapes grown for Rioja DOCa wines are planted south of the Ebro in La Rioja. The remaining vineyards are found north of the river and split between the Pais Vasco province of Alava as well as Navarra.

Rioja is made from a blend of grape varieties, with Tempranillo being the dominant grape. Garnacha is typically included in the blend to add some fruitiness; Mazuelo (also known as Cariñena) and Graciano may also be included.

Wine from Rioja is known for its structure and tannins, similar to Cabernet Sauvignon, but it also has a fruity character. This makes it perfect for drinkers who love Cabernet but are also looking for the dominant cherry flavor that’s often present in wines made from Pinot Noir. 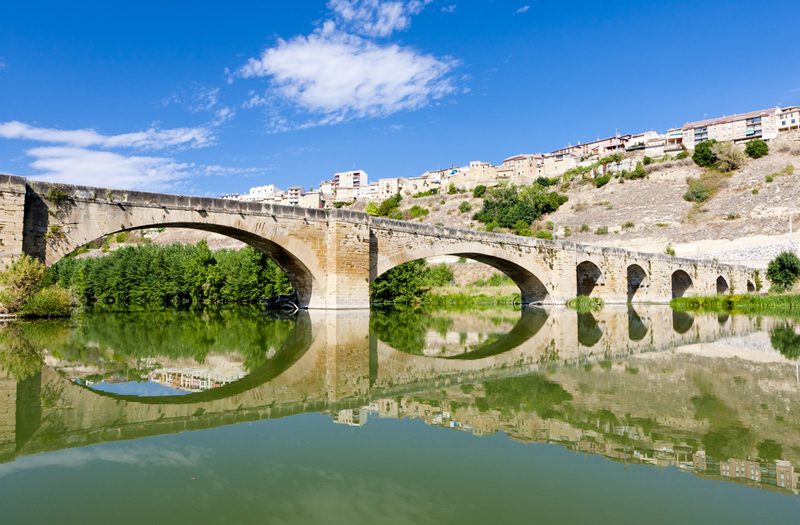 Rioja can also be vinified in white or rosé styles, though producers must obtain prior approval from the Consejo Regulador before releasing their wines to market. White Rioja is made primarily with Viura (Macabeo) along with other indigenous grape varieties. Though not native to the region, Sauvignon Blanc and Chardonnay became authorized grapes in 2007. Rioja rosé wines are made predominantly with Garnacha because of the variety’s inherent fruitiness.

The Different Styles of Rioja

The Best Food to Pair with Rioja

While Rioja goes well with almost anything, younger wines from the region pair best with savory meats and strong cheeses. Regional specialities like Jamon Serrano (Spain’s version of Prosciutto), salty chunks of Manchego cheese, or a bowl of ripe green olives will instantly transport you to the region.

Rioja Crianza or Rioja Reserva, which can show significant secondary or tertiary notes, pair well with a hearty vegetable stew or red meat that’s been grilled or braised.