Chardonnay is the most popular white wine on earth. The grape is a near-blank canvas, capable of being produced in a gamut of different styles. Chardonnay grapes are somewhat resilient, low-maintenance in the vineyard and easy to grow in almost any climate. Travel to any wine region in the world, you will find at least one vineyard growing Chardonnay.

The Origins of Chardonnay

Winemakers in Burgundy realized early on that Chardonnay has a relatively neutral profile and a unique knack for expressing the essence of the land. This concept, known as terroir, allows for qualities derived from things like climate, soil, and even the local foliage to be expressed in the glass. White Burgundy enjoys worldwide acclaim for its elegance; in Champagne, the grape provides finesse and balance and is the star variety in the region’s Blanc de Blancs wines.

No two places that grow Chardonnay produce the same expression, yet every region finds it is relatively easy to grow. This discovery has helped the grape spread across the world.

The Various Styles of Chardonnay

VinePair’s list of 25 of the Best Chardonnays shows that top-tier Chardonnay can come from all corners of the globe. But they can also be quite contrasting in style. This is partially due to winemaking choices, like letting the wine go through malolactic fermentation.

Malolactic fermentation (or MLF)  is the process in which malic acid gets converted into a softer lactic acid. This transformation imparts the buttery notes that are associated with some styles of Chardonnay. Wines that do not go through MLF have more dominant green fruit flavors like apple or pear.

Much like discovering how adaptive the grape is to different regions of the world, winemakers also found Chardonnay is  incredibly responsive to oak aging. Oak plays a huge determining factor in the wine’s final profile. Winemakers who opt for a crisp and fresh wine use stainless steel to ferment and store their wines, limiting the amount of oxygen contact. Winemakers seeking a fuller-bodied style use oak aging to impart flavors vanilla, coconut, and baking spice. The levels in which they can choose to do so are near endless. French oak barrels impart more subtle flavors than those made of American oak. Balance can be further manipulated by choosing to use second or third use oak barrels, and selecting to age some of the wine in oak and the rest in stainless steel. From 5 percent to its entirety, the combinations are near-infinite. 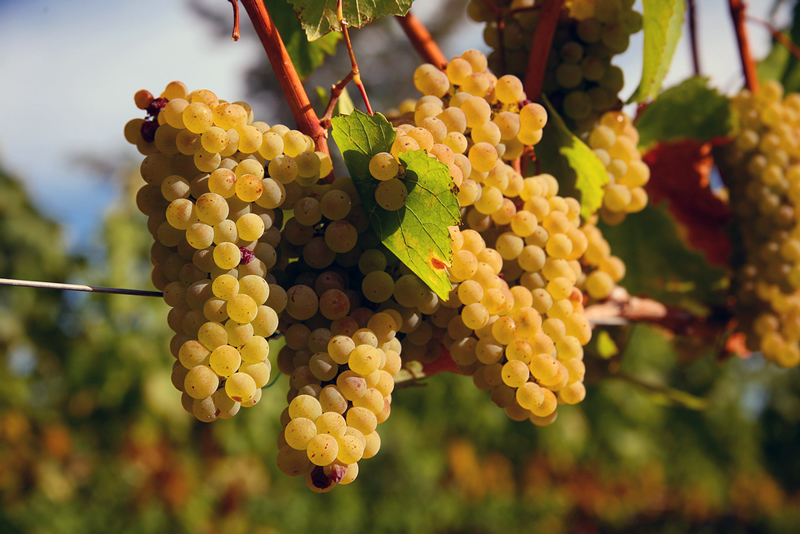 In ’80s and ’90s, mass-market producers in California over-oaked the heck out of Chardonnay and created what came to be known as butter bombs.

Unoaked expressions took somewhat of a back seat through the 1980s and 1990s, while a fuller “butter bomb” style California Chardonnay flourished. Highly expressive flavors of toast, spice, clove, and vanilla were all the rage. But with every trend, comes its downturn and consumers eventually turned their nose up to the over-oaked style.

Today, the practice of over-oaking Chardonnay has pretty much stopped not only in California but also worldwide. Most winemakers use only a portion of new barrels for fermentation and aging. The result is a more balanced wine, reminiscent of a Burgundian-style Chardonnay, with just a kiss of vanilla and complexity. This style saves money for producers, limiting the need for new, expensive barrels every vintage — so it’s win-win all round.

How To Pair Chardonnay With Food

Due to its wide array of styles and profiles, Chardonnay can pair with almost every kind of food. Lighter, unoaked Chardonnay, like Chablis, is a great match for fresh cheese or delicate seafood. Medium-bodied expressions hold their own with poultry, pork tenderloin, or aged cheeses. Higher-alcohol or full-bodied Chardonnay pairs well with entrées with a rich cream sauce or even grilled meats.