With Labor Day behind us, sweaty civilians look forward to the return of cooler, crisp temperatures. Paired with fall’s return is the resurgence of classic autumnal flavors — ripe apples and pears and baking spices like cinnamon and clove. While pumpkin spice’s seasonal merits may be debated, there’s no debating that whiskey deserves a place in every seasonal sip.

Bringing forward spice and delicate fruit notes, whiskey seamlessly blends with the season’s best offerings. As the leaves begin to change, it’s just about time to trade our Piña Coladas for Hot Toddies. Here are nine whiskey cocktails to make this fall.

The Walnut and Maple Old Fashioned The Old Fashioned is one of the oldest and most beloved autumnal drinks on Earth. This walnut- and maple-infused version takes the delightful classic to new heights and is an essential addition to any fall bartending repertoire. A combination of bourbon, pure maple syrup, and walnut bitters, this cocktail is perfect for sipping on chilly evenings. If you’re not quite ready to let go of the summer season just yet but want to start embracing what autumn has to offer, the Ruby Sour is the perfect bridge. With lemon and orange juices sweetened by a touch of agave syrup, this sip has just enough citrusy sweetness to add a hint of sunshine to any cloudy fall day. When those ingredients combine with bourbon, aromatic bitters, and dry red wine, the result is an ideal drink to ease you into a new season. 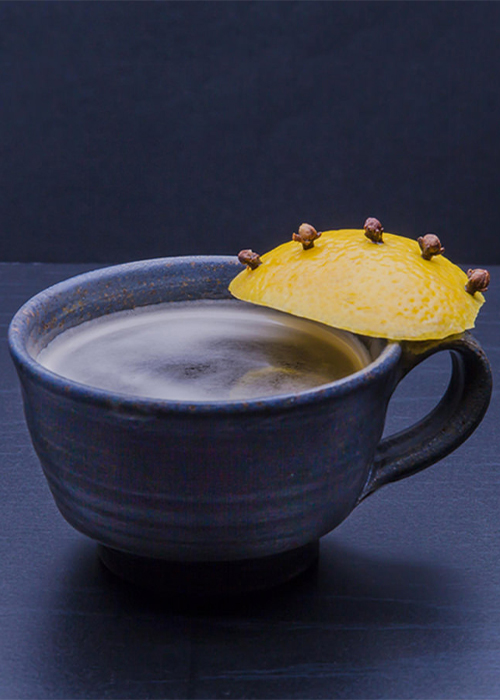 There is perhaps no better cocktail with which to welcome fall than the Hot Toddy. The recipe is a tasty combination of whiskey, honey, boiling water, and lemon juice — perfect for evenings by the fire. As a bonus, it may even be a cure to those seasonal sniffles — the alcohol in whiskey works to help clear any mucus, and steam from the hot water can help clear your sinuses. Plus, the inclusion of honey helps to soothe your throat. 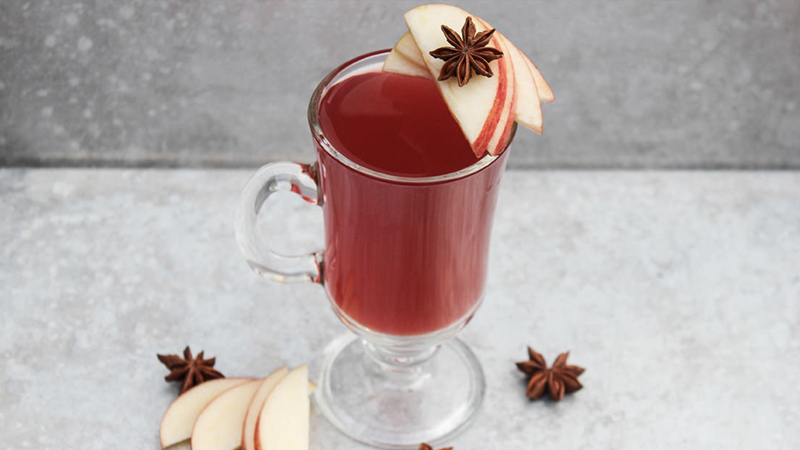 The Hot Toddy is an excellent cocktail in its original form, and this variation takes its seasonal appeal to the next level — adding the classic autumn staples of apple and cranberry. To make your own, combine apple juice, cranberry juice, lemon juice, and honey to a saucepan, and heat until all honey is dissolved. Then, in a serving glass, combine the juice mixture with bourbon and garnish with a slice of apple and a star anise pod.

The Honey and Pear Whiskey Cocktail With peak pear season running from August to October, September makes for a perfect time to add the orchard fruit to your early fall cocktails. Pear juice, honey syrup, and lemon juice work to balance the spicy warmth of whiskey for a perfect late-September sipper. From its presence in donuts, Oreos, and even cereal, apple cider is one of the most ubiquitous fall flavors — and one of the easiest to enjoy. In cocktails, apple cider makes for a deliciously tart addition, and it just so happens to couple flawlessly with bourbon. A spin on the classic Whiskey Sour, the Apple Cider Bourbon Sour’s combination of bourbon, lemon juice, apple cider, agave, and egg white makes for the ideal refresher with which to cheers to the approaching season. If you’re looking forward to evening bonfires this season, the Cinnamon Sin is the cocktail for you. From Pete Canny of NYC’s The Wayland and Goodnight Sonny, the Cinnamon Sin uses The Macallan Sherry Oak 12 Years Old, whose natural apple blossom essences pair seamlessly with cinnamon-infused agave. A take on the classic Boulevardier, the Old Pal is a combination of either bourbon or rye, dry vermouth, and Campari. The cocktail is peppery and botanical, making it an appetizing means of transitioning from summer to fall. Plus, with an equal-parts recipe, this fall cocktail is next to impossible to forget.