The Ranch Water cocktail has risen in popularity across the southern United States in recent years, and it looks like it will be here to stay. The drink traces its origins to ranchers in West Texas looking for an easy way to not only beat the heat, but also enjoy a refreshing, on-the-go happy hour. Composed of just tequila, lime juice, and Topo Chico, the Ranch Water is as refreshing as it is delicious.

While the cocktail was initially designed to be a simple concoction, a number of alcohol producers, from Dos Equis to Topo Chico itself, have created canned versions of the beloved cocktail for the ready-to-drink market.

Hard seltzers are typically FMBs (flavored malt beverages), or they’re made with either real distilled spirits. The former refers to those RTDs made from either malt or fermented sugar — White Claw, for example, is an FMB. Many brands also choose to go along a more traditional route in their canning processes, opting instead to include real distilled spirits in their beverages. High Noon famously became the first hard seltzer on the market using real distilled vodka when its product launched in 2019. When it comes to Ranch Water hard seltzers, consumers have their choice between a variety of both FMBs and selections made with real tequila.

Read on to discover the Ranch Water’s on the market today. 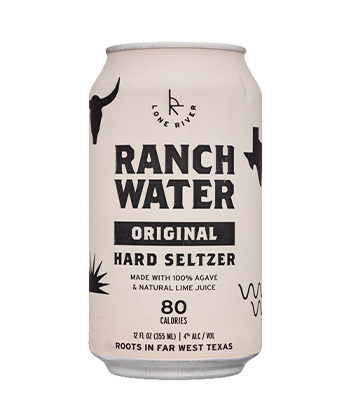 Lone River Beverage Company seeks to infuse the spirit of far West Texas into each of its canned cocktails. Its Ranch Water is sweetened with a taste of agave nectar and lime. Lone River Ranch Water can be enjoyed at 4 percent ABV. Using malt liquor from cane sugar and agave nectar, purified carbonated water, and other natural flavors, Shotgun Spike Seltzer’s Ranch Water is gluten-free and can be enjoyed at 6.9 percent ABV. Topo Chico Hard Seltzer released its version of the Ranch Water earlier this year in select states across the United States. A crucial ingredient in the original version of the cocktail, Topo Chico’s Ranch Water hard seltzer is made from 100 percent agave and real lime juice, topped with the brand’s own sparkling mineral water, of course. 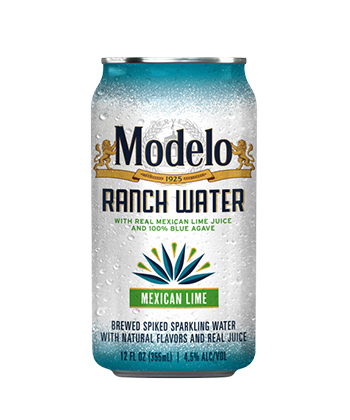 Sold in packs of six, Modelo’s Ranch Water is made with real Mexican lime juice and 100 percent blue agave brewed with spiked sparkling water. Currently sold only in Texas and New Mexico, Ranch Water from Modelo can be enjoyed at 4.5 percent ABV. 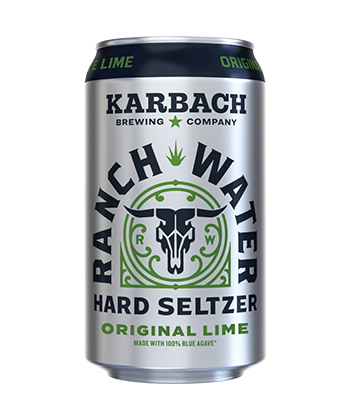 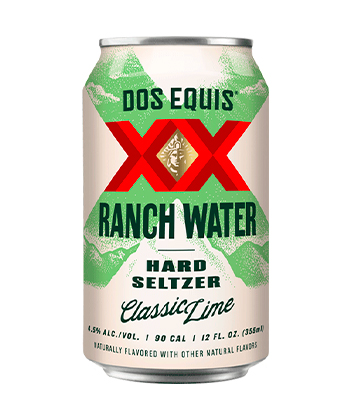 In 2021, Heineken joined the Ranch Water canned cocktail movement with the launch of its version under the Dos Equis brand. Using malt liquor and other natural flavors, Dos Equis Ranch water can be enjoyed at 4.5 percent ABV and comes in the classic lime flavor, as well as blood orange, mango, and grapefruit. An ethos of “no corners cut and no frills added” is central to the creation of Ranch Rider’s Ranch Water. Made with real reposado tequila, sparkling water, and fresh-squeezed lime juice, this canned cocktail can be enjoyed at 5.99 percent ABV. For those who like their drinks with an added kick, the Jalapeño Ranch Water adds cold-pressed jalapeño to the original recipe. RancH20 was founded with the belief that enjoying cocktails should be simple, and a canned cocktail should never sacrifice flavor in the name of convenience. Made with tequila, soda water, and natural flavors, RancH20’s Ranch Water can be enjoyed at 7 percent ABV. Made with a blend of sparkling water, real lime juice, and premium blanco tequila distilled in Jalisco, Mexico, Waterbird’s Ranch Water is produced in Charlottesville, Va., and can be enjoyed at 5 percent ABV. Produced at the family-owned Destiladora Del Valle De Tequila distillery in Mexico, Painted Donkey offers its version of the Ranch Water in both original and spicy forms. Gluten-free, low-calorie, and low-carb, both versions are made with 100 percent agave tequila and sparkling water and can be enjoyed at 4.2 percent ABV.