Wine labels – though predictable to a degree – can sometimes be wacky. But craft beer labels put them to shame. From aliens to psychedelic landscapes, breweries and their designers dream up the most colorful labels in all of the alcohol kingdom. Amidst the tattooesque cartoons of buxom women and questionable puns, we noticed a theme repeatedly popping up on several craft beer labels: animals. It seems that craft beer aficionados love furry (and not so furry) creatures as much as wine lovers adore cats. Just which animals are featured on craft beer labels? We’re so glad you asked.

Nothing signifies freedom and rebellion like the open sea. The salty wind whipping your face, the waves crashing proudly. It’s obvious why craft breweries have adopted several sea creatures as their label mascots. This brewery, located in La Rioja, Spain aims to make craft beer that goes well with the traditional food served in the region. Bernabé, a sparkling golden ale, has an ABV of 6% and is quite fruity, making it a good light summer beer – perfect for the beach. In fact, the brewery describes Bernabé as a beer that should be served as an aperitif – something to warm you up before a meal. All in favor of drinking a bottle of this and then going fishing? This beer is named after the fish featured on its label: the Sculpin. Why? Because the Sculpin fish can “sting” you, and so can this IPA. This 7% ABV beer is delicious but, be warned, ultra-hoppy. It’s not for the faint of heart, but neither is battling with a Sculpin fish. Why you’d want to deal with a Sculpin is questionable, but drinking Sculpin if you’re a hops lover is not. Unfortunately, those of us who were not around for Seattle’s 7th beer week will probably never get to try this. Sieben Bräu, which literally translates from German to mean 7th Brew, is a traditional lager. There’s supposedly some nice malty sweetness. While lagers are delicious, we’re more intrigued by the cranky fish kicking back in a beach recliner. He looks like he could own us.

The name of this beer is particularly hysterical, given that manatees are known as calm and sage sea creatures. This IPA has four different kinds of hops and is flowery with a nice twist of lemon. You’ll also get some cashews and bread to balance out the tangy flavors. Bold City brewery describes the 6.5% IPA as “bitter as a MAD MANATEE!” We bow our heads in respect to the sea cow.

Dogs do seem to be the animal equivalent of beer-drinkers: happy, loyal, with a general joie de vivre that makes you want to hang out with them for hours on end. While you may have heard of Dogfish Head and Flying Dog brewery, other pup-themed beers have been making the rounds. This beer combines puns and dogs. We don’t want to argue with that. Chub Step is a 6% ABV porter that, like the bulldog, is no nonsense. It’s creamy and roasted, with hints of caramel. Also: look at that Frenchie in his half-zipped sweater. Is he adorable or is he adorable? We wonder if he’s listening to any of these tunes.

This beer really pulls at our heartstrings, because it was named after Adam Avery’s late chocolate labrador, who lived for ten years. The brown ale is full of comforting vanilla and almonds, and is described by the brewery as being “second to no one – just like Ellie!” Sorry, is someone chopping onions in here? Low in alcohol with an ABV of 5.5%, this is an agreeable beer that goes well with dessert.

We encountered cicadas and squids on this epic animal search, but we think 21st Amendment Brewery really takes the cake with their session beer. So without further ado… First of all, this is a great session beer. Second of all, does that monkey look smug or just contented? You be the judge. This mildly bitter, 4.4% IPA is relaxed – much like that grinning chimp. Take a six-pack of cans to a park and spend hours sipping and getting progressively happier with your friends. 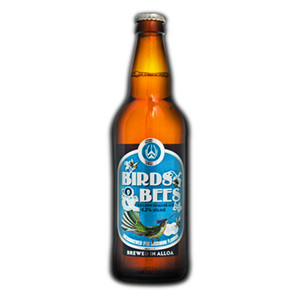 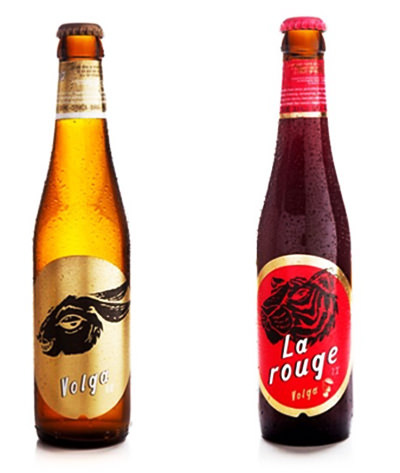