Thursday, June 23, 2022 — the day the hell froze over, pigs flew, and Stone Brewing sold out to one of the biggest makers of fizzy yellow beer on the planet.

By the end of August, the 18th largest brewery in the United States (Stone) will fall under the purview of the 29th largest brewery in the world (Sapporo), whose U.S.A. subsidiary Sapporo U.S.A. also owns San Francisco’s Anchor Brewing as well as Unibroue from Quebec, Canada. While the Stone director of public relations and communications declined to confirm the exact financial details, early reports estimate the acquisition somewhere between $165 million and $168 million.

Breweries sell all the time: New Belgium sold to Kirin in 2019, Goose Island sold to Anheuser-Busch InBev in 2011, and let’s not forget the billion-dollar buyout of Ballast Point to Constellation Brands in 2015, which was then re-sold four years later to Kings & Convicts for a fraction of the price. Considering the finite amount of retirement options for craft beer’s original pioneers, sellouts are hardly news anymore. 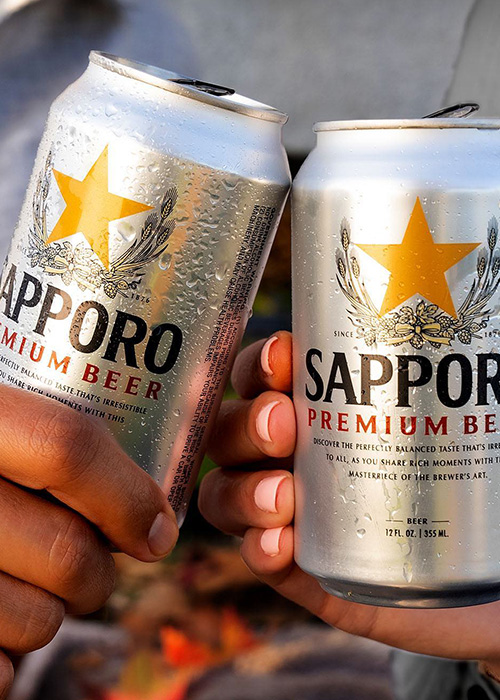 But Stone’s story goes beyond the usual narrative; the fact it sold at all is the story. Greg Koch, Stone’s sublimely self-righteous co-founder, has long maintained the cult craft brand would remain independent, seemingly under pain of death. He insisted on it ad nauseam: in 2013, 2015, and 2016, even going so far as to print red, white, and blue stickers proclaiming “NEVER SELL OUT!” complete with Stone’s signature snarling gargoyle. After such committed (and repeated) proclamations of independence, how are consumers and beer fans expected to rectify an about-face of this magnitude — and is anyone really trying to?

“Most people — like 80 percent of the population — will not give a shit,” says Alex Kidd, creator of beer site Don’t Drink Beer. “Should people care?… It’s Goose Island 2.0 in a climate where people are already used to being let down. … The people who care will be in the liminal space of barely knowing much about craft beer but who are usually very vocal about it.”

Considering the entire concept of “craft” remains debatable, slippery, and increasingly irrelevant, there are still some who care deeply about Sapporo’s purchase: notably, Stone employees. Their reactions to the news range from “bewildered” to optimistic. Jeremy Moynier, Stone’s senior manager of innovation program & supply chain, says after 18 years at Stone, he’s used to being surprised.

“One of our core values is Creative Risk-Taking which involves being comfortable with being uncomfortable. This involves taking risks and always striving to be better. We will continue on that path,” he writes in an email to VinePair.

Stone CEO Maria Stipp echoes that idea of value continuity. “We will continue to have the same values, we’ll stand for the same things,” she promises. But that begs the question: If one of the ironclad values was never selling out, how can anyone be expected to believe other values will remain intact?

In the press release announcing the acquisition, Sapporo explains that it plans to double Stone’s current production to hit 360,000 barrels by the end of 2024. Stipp says increased production likely means more staff and more opportunities at both its Escondido, Calif., and Richmond, Va., facilities. However, expansion will come at a cost beyond credibility. Virginia Morrison, president emeritus of the San Diego Brewers Guild and CEO/co-founder of Second Chance Beer Company, says, “Upon completion of the sale, Stone no longer will be eligible for membership in the Guild, according to current SDBG by-laws.” In an email to VinePair, Morrison explains that, as a craft brewery owner, she sees firsthand the challenges of inflation, the pandemic, and the current craft beer climate, and appreciates Stone’s pioneering role in helping to make San Diego “the Capital of Craft.” Chris Cramer has also shared a front-row seat watching San Diego’s growth into a craft beer industry powerhouse since co-founding Karl Strauss Brewing Company in 1989. Like Moynier, he’s also optimistic, specifically that San Diego beer is in no danger of losing its prestige, even as Koch steps away entirely from the company he helped build.

“I think the recent sales of Stone and Modern Times say a lot more about their individual financial situations than they do about San Diego’s craft beer industry in general,” Cramer explains, saying he hopes the increased brewing capacity will benefit Stone’s employees. “Clearly, this is not like Ballast Point selling to Constellation. … We wish them all the best.”

It’s hard not to look back at Koch’s repeated — and often rather vitriolic — assertions that any sellout would inevitably alter the quality of the beer itself and wonder what the future holds. (Koch and co-founder Steve Wagner did not reply to a request for comment.) It’s also possible I’m being a bit harsh on Koch. The fact that he built something of Stone’s magnitude and remained absolutely committed to an anti-establishment ideology is more than most people can say. Frankly, it’s pretty cool to even try, even if the sentiment got stale years ago. It’s only a problem when “Damn the Man” turns into “Pay the Man,” and with Stone seemingly still on the hook for a $464 million debt, the ultimate fate of Stone remains hazy.