Sam Adams, the pride and joy (and flagship brand) of Boston Beer Company, is a brewery we all know and love. It’s considered one of the OG craft beer brands among many beer geeks, and has become one of the best-selling beers in the United States. In fact, it’s the favorite brew of three New England states and is even considered one of the most important American beers of all time.

But just because the Boston beer brand is likely already on your radar, that doesn’t mean there isn’t more to learn. Keep reading for 10 more things you need to know about Samuel Adams.

Samuel Adams is proud of its Bostonian roots. Under the Boston Beer Company umbrella, Sam Adams was named after the eponymous founding father. The Boston-born Son of Liberty was reportedly involved in the beer industry, with some accounts calling him a maltster and others referring to him as a brewer.

Today, Sam Adams continues to be known for its Boston lager (as well as its Wicked Hazy and Wicked Easy IPAs and lagers), and has leaned into its New England identity with a new advertising campaign named “Your Cousin From Boston.” These commercials feature a cliché Boston bro who brings a case Sam Adams everywhere from weddings to pick-up basketball games.

It all started with some illegal homebrewing.

Samuel Adams founder Jim Koch’s big aspirations for the brewery began in a small kitchen. He started Sam Adams in 1984, quickly establishing himself as a pioneer of American craft beer. Brewing was in Koch’s genes, as both his father and grandfather were brewmasters, so he began homebrewing with his dad before it was legal, he says.

Well, Boston does, at least. Sam Adams was an official sponsor of the 2020 Boston Marathon. In years prior, the brand even took its support of the event a step further, releasing its Boston 26.2 Brew — made in partnership with the Boston Athletic Association— for seven years running (pun intended) before discontinuing the product in 2019.

Sam Adams is a home run with baseball fans.

Samuel Adams’ support of athletics doesn’t stop at the Boston Marathon. The brand is also the official beer of the Red Sox — taking the title from Budweiser in 2017.

Its taprooms are not just in Boston.

Ohio imbibers, rejoice! Though Sam Adams has two Boston taprooms, you can also sample the Boston lager in Cincinnati. Due to Covid-19, the brand’s downtown Boston taproom is temporarily closed (though it is still offering takeout), while the other two locations are offering outdoor dining only.

Amidst the Covid-19 pandemic, many businesses have closed or have limited their capacities, leaving countless restaurant workers around the country and the world jobless. That’s why Sam Adams teamed up with The Greg Hill Foundation to found the Restaurant Strong Fund and raise money for those impacted by Covid-19 closures. The organization has already raised over $7 million dollars for those in need.

One of its beers is illegal in 15 states.

You read that right. The brand’s Utopias beer takes barrel aging to the extreme, resulting in a whopping 28 percent ABV. This ale, which can be aged for up to 24 years in multiple barrels, is sold in uniquely shaped, pricey bottles (a 25.4 ounce bottle sells for around $200). But due to its high alcohol content, Utopias is illegal in the states of Alabama, Arkansas, Georgia, Idaho, Missouri, Mississippi, Montana, New Hampshire, North Carolina, Oklahoma, Oregon, South Carolina, Utah, Vermont, and West Virginia.

You can drink Sam Adams with Pride.

The brand is a strong supporter of the LGBTQ+ community. Through its Love Conquers All campaign, Sam Adams has donated $100,000 to GLAAD in support of the organization’s ongoing initiatives supporting the community. The brand also encourages its supporters to join its mission, promising to match any donation up to $25,000. Those who contribute are automatically entered to win an exclusive can of Sam Adams’ Love Conquers Ale, signed by LGBTQ+ performers and poets.

Winter has never stopped Massachusettsans from enjoying their favorite brew, and Covid-19 isn’t going to change that. That’s why Sam Adams has set up an outdoor Winter Beer Garden, where guests can sit fireside and enjoy Sam Adams brews and local snacks. The Beer Garden is open every Wednesday through Sunday by reservation.

Sam Adams likes any excuse to dress up. That’s why the brand is constantly releasing themed beers. From the brewery’s Boston marathon beer and pride-themed offerings to a game-day lineup to its Oktoberfest collaboration with Auntie Anne’s, the brand has a beer for every occasion. Sam Adams even released an IPA in 2019 inspired by the late Ruth Bader Ginsburg. 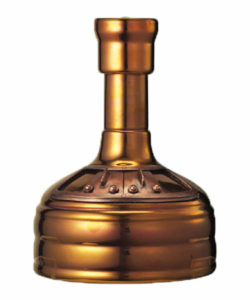 Samuel Adams Utopias 2017:
Sometimes you get your hands on a beer that doesn’t taste like beer. Sometimes it’s 28 percent alcohol by volume and not shipped or ... Samuel Adams Hopscape:
Seasonal beers can get predictable. Belgians and white ales in the winter, IPAs and pale ales in the spring, farmhouse ales and anything ...