With more than 8,000 breweries operating in the United States, it’s easy to take beer for granted. Easy to forget there was a time when you couldn’t choose from a hearty selection of lagers, IPAs, stouts, and sours at your local grocery store or deli. Easy to ignore the fact beer is no longer just beer.

Without question, no other type of alcohol has seen more change over the past 150 years than beer. So, how did we get here?

It’s impossible to note the contribution of every brewery throughout American history, but here we start pre-Prohibition with a household name synonymous with American beer. Indeed, more than a few have stamped their brands in the annals of time. These beers sparked trends and countertrends, introduced innovative brewing techniques, and acquainted drinkers with unexpected ingredients. These are the 25 most important American beers of all time. 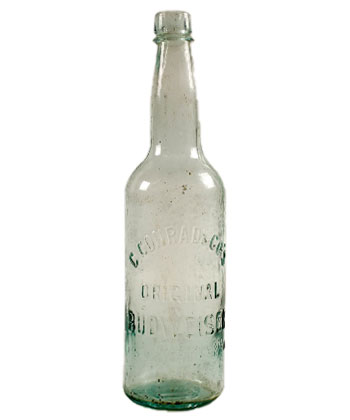 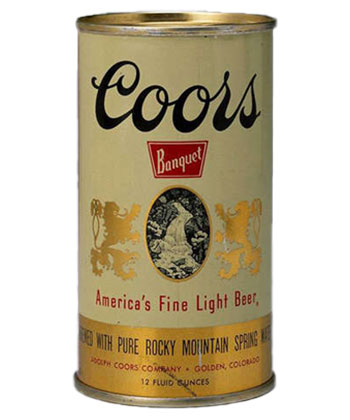 Coors Banquet garnered a cult following long before craft beer line culture. Until the late 1970s, the Colorado golden lager was available in just 11 states. Back then, enjoying one east of the Mississippi meant paying four times the retail value for a can smuggled across state lines — a unique situation at the time, which inspired the Burt Reynolds classic, “Smokey and the Bandit.” Miller didn’t invent light beer. Nor, indeed, did it even invent Miller Lite. But it did pave the way for low-calorie, low-alcohol beers with its successful 1973 ad campaign that targeted beefy, burly men, and an even more successful national launch in 1975. Light beers now claim the top three spots for best-selling American beers. 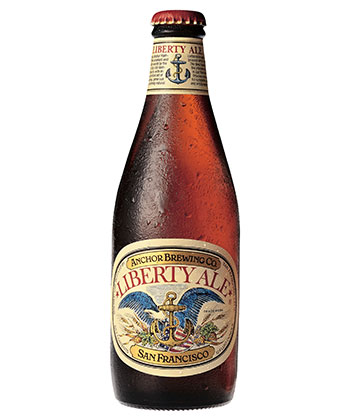 While the San Francisco brewery’s Anchor Steam claims the title of America’s first craft beer (and indeed, became the name many still mistake for the brewery itself), Anchor Brewing’s Liberty Ale had an even greater impact on the course of craft brewing. Launched in 1975, it is now considered the first modern American IPA, the first to include Cascade hops, and the first dry-hopped pale ale before anyone had ever uttered “DDH.” Sierra Nevada’s piney, citrusy flavors made a star of American hoppy ales. Its profile is hardly groundbreaking by 2020 standards but was unprecedented when the pale ale launched in 1980. That this brand and beer have grown so big but continue to be so cherished among craft drinkers says it all. Anheuser-Busch let Miller Lite take care of the heavy lifting for “diet beer,” then introduced Bud Light in 1982, as if to say, “We won’t be the first, but we’ll damn sure become the biggest.” The two brands have spent the better part of four decades squabbling. Needless to say, Bud Light came out on top and consistently ranks as the top-selling beer in America. 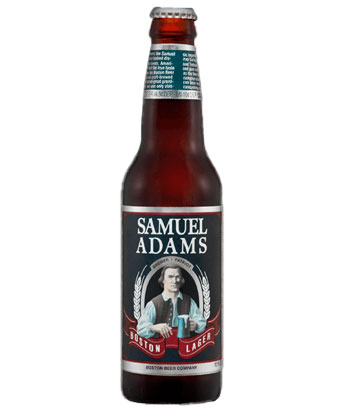 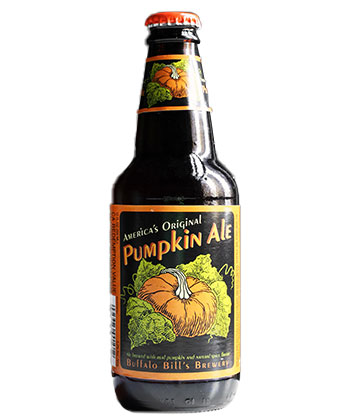 Pumpkin beer remains a democratic (if divisive) category with no one brand or brewery leading the way. The aptly named America’s Original Pumpkin Ale deserves recognition, though, for being the first commercial modern example and launching a full 18 years before Starbucks PSL. 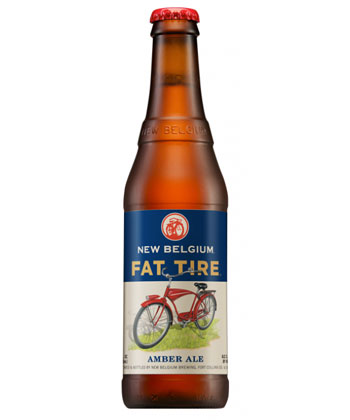 Like many beers on this list, New Belgium’s Fat Tire Amber Ale would prove to be a stepping stone into the world of craft beer for many drinkers. Its approachable profile also allowed the Colorado brewer to put out more experimental releases like its brown sour ale, La Folie. More recently, Fat Tire demands recognition for being the first nationally available carbon-neutral beer. Pioneering and prescient, Goose Island introduced America to barrel-aged stouts before bourbon had even regained popularity in its homeland. Despite the brewery’s sale to Anheuser-Busch in 2011, the annual “BCBS” release remains a fixture on craft beer calendars, as do bottles on the secondary market. Vermont’s Magic Hat spurred an unlikely apricot beer trend in the 1990s via its mysteriously named #9. The “not quite pale ale” would help pour craft beer into the mainstream and propel Magic Hat to the eighth-largest craft brewery by 2011. Allagash’s founder Rob Tod wanted to give drinkers “something different” when he launched his Portland, Maine, brewery in 1995. He certainly succeeded. When drinkers first tasted and saw the Belgian-style witbier, Allagash White, they thought something was awry because of its cloudy pour. Twenty-five years on, it outsells everything else from the brewery. With its signature orange wedge garnish and agreeable profile, Blue Moon has turned countless drinkers onto fuller-flavored beer in its quarter-century history. Though brewed by a large beer conglomerate, it’s proven to be a solid craft gateway for those who don’t care about independent ownership or “selling out.” At least, not yet. A precursor to the IBU wars that saw breweries chase palate-wrecking bitterness, Arrogant Bastard embodies the counter-culture nature of many craft brewers. Everything about it is in-your-face, from its bitter, boozy profile to patronizing marketing slogans like: “This is an aggressive beer. You probably won’t like it.“ Drawing inspiration from a cooking show, Dogfish Head Craft Brewery founder Sam Calagione developed an innovative technique for hopping IPAs, adding them slowly but continuously over the 90-minute boil period. The evolving hop character of the resulting IPA was a resounding success, and Dogfish Head would go on to release 60-, 75-, and 120-minute variants. While not the first double IPA, Pliny the Elder was among the earliest. Without a doubt it remains the most sought after to this day. The 8 percent ABV hop-bomb put the Northern California brewpub on the map, transforming it into a mecca for craft beer fans. It’s hard to believe now but the world had bluetooth and USB flash pen drives before American drinkers could enjoy craft beer from a can. That changed when Colorado’s Oskar Blues launched a canning operation in 2002 and exclusively packaged its Dale’s Pale Ale in patriotic red, white, and blue cans. After Miller Lite set the stage for lower–calorie, lower-ABV beers, Michelob Ultra brought carbs to the conversation in 2002 — long before any hard seltzer did. With its keto-friendly reputation and strategic targeting of drinkers with an “active lifestyle,” Michelob Ultra has soared to become Anheuser-Busch’s second-best-selling brand in less than two decades. By the turn of the 21st century, sales of Pabst Blue Ribbon (PBR) had dropped 90 percent from a 1975 high, to fewer than a million barrels. Then something changed. Sales started creeping up before a 20 percent jump in 2009. In an unlikely twist, the mass-produced beer with little-to-no marketing spend had become the beer of choice for irony-loving hipsters. Vermont brewery The Alchemist and its Heady Topper double IPA cemented the once-overshadowed East Coast’s credentials as a world-class craft beer region. First canned in 2011 (it was previously available on draft at the brewpub), Heady Topper ushered in a new age of ultra-hyped unicorn beers, and gave a new platform for the New England IPA style. Colorado’s Left Hand Brewing Co. offered a new way for beer drinkers to enjoy draft-like nitro stouts at home: Hard-poured from a bottle. Unlike cans, which had been used by brands like Guinness for decades, Milk Stout Nitro bottles require no widget. The innovation instead relies on a “different kind of pour.” As IBU and ABV levels crept up over the years, craft beer became increasingly less suited to daytime drinking. Enter Founders All Day IPA, the first craft beer to prove that flavor, body, and character can all be delivered in sessionable form. In recent years, the brewery has lost many fans because of a high-profile racial discrimination lawsuit, but the influence of this beer can not be overlooked. Ballast Point’s hugely popular Sculpin IPA already showcased the juicy, tropical fruit flavors of hops. When the San Diego brewery introduced Grapefruit Sculpin, the spinoff built upon the original’s profile by including real fruit as an adjunct. Ushering in a new era of fruit IPAs, the brewery was then sold to Constellation Brands in 2016 for a whopping $1 billion — the heights of which have never again been reached in brewery sales. It also sold again to the relatively unknown Kings & Convicts Brewing Co. at the end of 2019 for an undisclosed fee. The non-alcoholic (NA) craft beer category is still somewhat nascent. But if any brewery can have an impact in the same way that Anchor and Sierra Nevada influenced regular craft beer, it will likely be Athletic Brewing Co. For the past few years, the Stratford, Conn., outfit has delivered excellent alcoholic beer-adjacent styles, like its Run Wild IPA, which showcases all the quality of hops  and malt without the usual buzz.