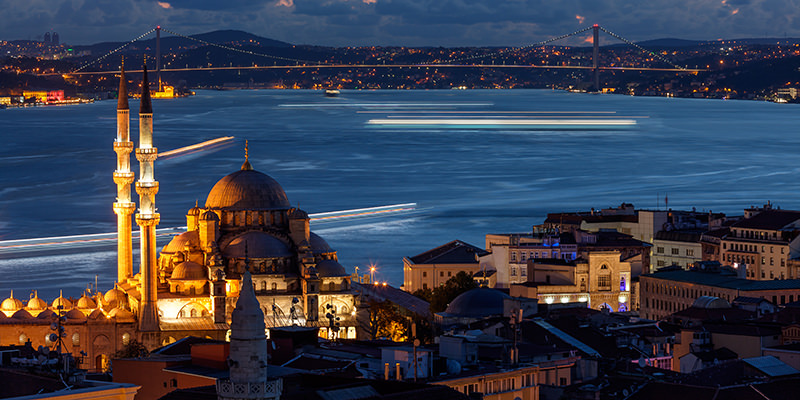 Turkey is way more than fantastic leftovers, and a perennial contender for EU membership.

From Noah’s Ark to hyper-modern wineries, Turkey is the cradle of wine civilization.

Let’s start at the beginning: Long before the cult of Bacchus was en vogue across Greek isles, the Book of Genesis declared Noah (yes, Noah of the Ark) Earth’s first vintner. Interestingly, as Paul Lukacs points out in his book Inventing Wine, an uncanny number of faith traditions and ancient myths also place the origin of wine–holy or wicked–in roughly the same place: Eastern Turkey.

The region, now referred to by experts as Transcaucasia, is south of the Caucasus Mountains and encompasses Eastern Turkey as well as Armenia, Azerbaijan, Georgia and Northern Iran. Partly framed by the Tigris and Euphrates rivers (remember Mesopotamia from 4th grade social studies?) Transcaucasia was home for the predecessors of the ancient empires that spread viticulture across the modern world. Interestingly, archaeological evidence supports the myth of this area being the birthplace of wine, with recent excavations yielding a myriad of ancient wine vessels, and evidence of wine production. In fact, researchers recently uncovered ancient wine residue in the tomb of King Midas–yes, the “Golden Touch” Midas drank wine.

Likewise, grape scientists (known affectionately as ampelographers) have traced the origin of Vitis Vinifera, the grape species responsible for fine wine, to this same geographic region. With over 1,200 Vitis Vinifera varieties thriving in Turkey, the country rivals Italy as the true land of the grape.

Originally, grapes in ancient cultures were prized for their sugar, and often eaten fresh or as raisins. However, the mysterious connection between fermentation and drunkenness (yes, the connection between grape juice and hangovers had yet to be discovered) quickly elevated early wines to a holy, hallowed status, a role it maintained for centuries.

Greek, but especially Roman, empire builders ensured the market for wine long after the Neolithic peoples who discovered it vanished–they had legions of soldiers to placate, after all–and were instrumental in creating standardized viticultural practices. For Turkey, this meant a constant market for ancient wines, and a bridge to a thriving modern wine culture.

Turkey’s vast size and wide array of climates offer a large variety in both the type of grapes cultivated as well as winemaking style. The Western Coasts, for example, resemble Greece and Bulgaria with mild, distinctly Mediterranean climates, while inland areas such as Ankara and Anatolia have continental climates that face common grape growing threats like frost. Several mountain ranges provide high elevation vineyard sites, often 2,000 feet or more above sea level, allowing grapes to ripen yet remain crisp and acidic.

Of the hundreds of vine varieties in Turkey, about sixty are now produced commercially. Recently, international favorites like Riesling, Muscat, Cabernet Sauvignon, and even Gamay have joined the ranks of native varieties.

The reds often showcase exotic, spicy characteristics like white pepper, sandalwood, and sage accompanied by tart red fruit flavors. Similar to Greek reds like Xinomavro, they can also be full-bodied and intensely flavored. If you enjoy Greek reds or Beaujoulais, you’ll find many enjoyable similarities in Turkish reds, which pair beautifully with lamb dishes, game, or full-flavored tapas like fried olives.

White wines of Turkey offer outstanding variety, and are often unclouded by too much new oak–meaning a random bottle likely won’t clash terribly with any spread. Native varieties such as Narince can be shockingly similar to cool-climate Chardonnays, with lots of peach and floral tones, plus a dash of cinnamon spice.

From its roots as a holy beverage for ancient royalty, to wine’s current Rennaissance as the people’s drink, Turkish wine has been there, and deserves a try despite complicated grape names with far too many accents for English speakers. Plus, there’s nothing more apropos with episodes of Drunk History.