Listen, we’re not total anarchists here. Laws can be great – even as they pertain to alcohol. For instance, we think we can all agree that “don’t drink and drive” is a pretty solid law. The whole “no drinking before you’re twenty-one” is fairly (fairly, OK?) reasonable as well. However, there are some alcohol laws in the U.S. that are outdated. Outdated isn’t even the right word, because they never made sense to begin with. As much as we love the long and storied history of drinking in this country, these laws are too ridiculous not to make fun of. Let’s count ’em off, shall we?

1. Happy Hour Is Illegal In Massachusetts

Yep, bars can’t “sell, offer to sell or deliver to any person an unlimited number of
drinks during any set period of time for a fixed price” or “sell, offer to sell or deliver drinks to any person or group of persons on any one day at prices less than those charged the general public on that day.” This law is commonly known as the Happy Hour Law, because that’s exactly what it prohibits. So. Sad.

2. And In Framingham, MA, You Can’t Sell Booze To A Drunk Person

While it’s completely reasonable to “cut someone off” when they’ve had one too many, if someone cut us off right as we were starting to get our buzz on, we’d be pissed.

3. In Utah, You Can’t Sell Booze In An Emergency

That is, if the governor of the area of said emergency decrees it. It seems pretty crazy, because most of us are probably reaching for the booze when disaster strikes, right? The full law can be found here. 4. You Can’t Use Santa Claus In Booze Ads

Christmas is coming up, and you’re planning on selling a peppermint mocha schnapps beer. You want to depict Santa drinking it to get everyone in the yule mood. If you’re in Ohio, forget it: “no [alcohol] advertisement shall represent, portray, or make any reference to Santa Claus,” because winter cheer is dead.

5. No Booze Until Noon On Sunday In NYC

Hair of the dog may be a myth, but many people still hold onto it for dear life. However, if you’re hungover on Sunday and want to have a mimosa at your 11:00 a.m. brunch, forget it. No booze can be sold before noon, or after nine.

Craft distilleries can totally sell their spirits directly to consumers at farmers markets. This is legal in some other states too. Woohoo! This isn’t a negative law, just a confusing one when you consider how hard it is for craft distilleries to do everything else, including sell their products online.

7. You Can’t Take More Than Three Sips Of Beer While Standing

In Lefors, Texas, you might have trouble hanging out at a crowded beer bar, because it’s illegal to take more than three sips of beer while standing. Sounds like Saturday night is a real bummer there.

8. In Tennessee, You Can’t Entice A Child To Buy Alcohol

9. You Can’t Serve Wine In Teacups

Good ol’ Topeka, home of the Westboro Baptist Church and this wacky law. Laugh all you want, but we’ve visited “speakeasy” bars where the libations are indeed served in tea party utensils. 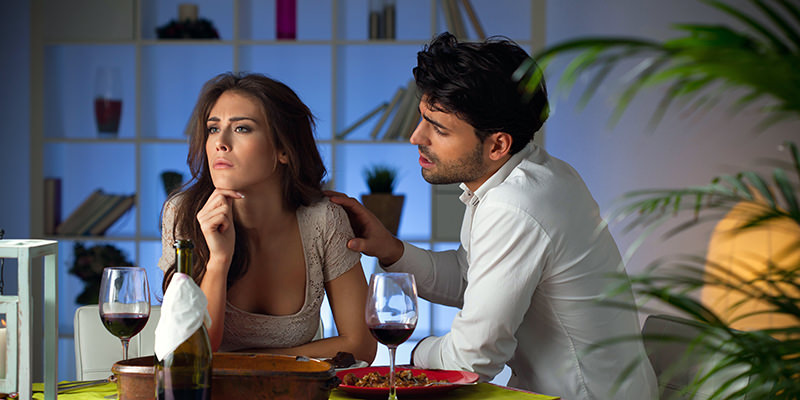 10. In Newton, PA, A Man Can’t Buy Alcohol Without The Written Consent Of His Wife

We’re actually in favor of this law.

11. In Oklahoma, Beer That’s Higher Than 4% ABV Has To Be Sold At Liquor Stores Lukewarm

If it ain’t a session beer (heck, actually even lower in alcohol than a session beer), it has to be sold at room temperature. Now, we do sort of get the reasoning behind this – it’s a ploy to prevent people from gulping their beer as they leave the store and potentially driving while intoxicated. However, it’s fair to say this law still sucks.

12. In Utah Restaurants, Bartenders Can’t Make Their Drink In Front Of You

They have to make it behind a partition (often made out of frosted glass), called a Zion’s curtain. The idea is for the little ones not to see bartending taking place and therefore be sucked into the evils of alcohol. 13. In North Dakota, You Can’t Serve Beer And Pretzels At The Same Time

Worst. Law. Ever. There are fewer matches that are more delicious than beer and pretzels, and yet North Dakota insists on being fun killers.

If you’re visiting the city of Lebanon in New Hampshire, you can’t picnic or consume liquor at a cemetery. Um, okay? I guess this would be appealing on Halloween, but I can’t think of another time where it would be appropriate. Let’s do shots on that tombstone! No.

You can booze, soda, water – but milk and cream? Fugghedaboutit.