New England-style IPA, more commonly known as hazy or juicy IPA, is one of the beer industry’s most captivating success stories. In a few short years, this India Pale Ale (IPA) sub-style grew from a novelty to a trend-setting innovation replicated around the world.

Formerly a regional specialty pioneered by New England IPA (NEIPA) predecessors such as Alchemist Beer and Trillium Brewing in Vermont and Massachusetts, respectively, NEIPA or hazy IPA is no longer tied to its place of production but to the ingredients and techniques used by brewers to create less bitter IPA styles with over-the-top hop additions, smooth and creamy or soft and pillowy texture, and, above all, aromatics that can evoke tropical fruits such as passionfruit, pineapple and mango, and citrus in its many forms.

What we consider the best hazy and juicy IPAs, specifically for this ranking, are those that excel at these characteristics and can be found outside the brewery taproom or local bottle shop. We’ve also limited selections to beers we have not ranked before, so if you’re still not acquainted with Sierra Nevada Hazy Little Thing, Bell’s Official Hazy IPA, or Two Roads Two Juicy Double IPA and Lil’ Juicy IPA, check out our previous rankings of nationally and regionally distributed NEIPAs from 2018 and 2019.

These are 10 of the best hazy and juicy IPAs we’ve tasted in the last year that have larger distribution footprints than our local small brewery go-tos — but that deliver the NEIPA or hazy IPA quality we’re looking for. Flavorwave is a unique Twin Cities take on the NEIPA. It’s hazy and golden as a summer sunset with splashes of pineapple and grapefruit aromas and flavor, all in a daringly drinkable, session-worthy package. A mix of tropically-scented and citrus-pithy hops balance one another among a soft and medium-light palate. Soft and delicate on the palate yet strong and bold, this true New Englander has a backbone to it with some malt-driven fruit notes hitting along with pithy citrus and a slightly bitter finish. A few more sips reveal zesty lemon-lime character. After debuting last September, Hazy O! Is still not on a lot of beer drinkers’ radars. Oats, the holy-grail grain of hazy IPA, make four appearances in this beer — malted, rolled, naked, and oat milk — and it is surprisingly subtle and light on the palate without any overwhelming oatmeal flavor. As for the hops, expect citrusy, tropical undertones. 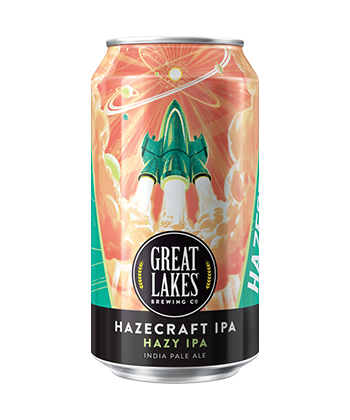 Great Lakes’ Hazecraft pours a warm golden color topped with a thick, fluffy layer of head, like icing on a cupcake. Sweet peach dominates the nose, while the palate has a medium mouthfeel with some alcohol warmth; crisp carbonation and a lingering bitterness balance the finish. 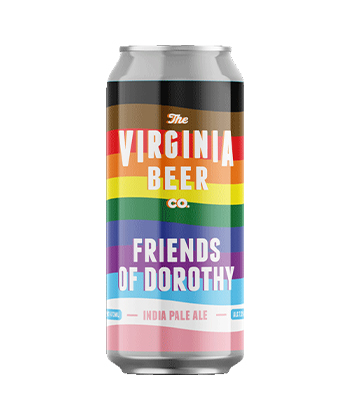 This Virginia-made IPA is exceptionally fruity for a non-fruited IPA. It starts with an almost savory, dried-mango aroma, followed by canned or jarred peach and pineapple. The palate is full of fruit flavors without being weighed down, and it zips up with a citrusy finish. It’s also a Pride IPA that’s packaged at various points throughout the year, which is a relative rarity. Mind Haze debuted in 2019, but for us became the sleeper hit that we didn’t drink enough of until later in 2020 and this year. Nine — nine — hop varieties create a complex cornucopia of fresh, juicy citrus and subtler tropical fruit flavors. The alcohol is moderate enough to have a pint or two, and a lighter malt bill (with wheat and oats, too) lands this right on the edge of sessionable.

Ommegang fans may be wondering when the brand did an about-face and started making hazy IPAs with names like “Neon Rainbows” — us, too — but the departure from traditional Belgian-style ales proved fruitful, because this beer is actually very good. A smattering of hops (trendy variants such as Mosaic, Simcoe and Citra, along with Topaz) is used for primary and dry-hopping, and the yeasty character is reminiscent of the Ommegang of yore. Fun fact: Neon Rainbows is sold at the Mets’ Citi Field ballpark. For a double IPA, Lucy Juicy’s crushability came as a delightful surprise. Crack the can and be greeted with citrus, plus nectary peach and mango aromas. The taste is a touch sweet, but with a light enough body to flirt with session IPA territory despite its remarkably high ABV. Other Half may be impossible to separate from the NEIPA craze, but few of this trend-setting trailblazer’s IPAs are actually labeled as “New England-style,” hazy, or juicy. This is one exception. Smoothie-level creaminess complemented by citrusy grassy notes make for a mouthwatering experience worth repeating. This is New England IPA in its truest, smoothie-est, juiciest form. Orange, mango, melon and peach throw a party on the palate. A pungent, earthy, herbal note coexists with tropical punch in harmony. The texture and flavors are wild, yet tame enough to finish like a beer.