Almost every American of legal drinking age can (vaguely) recount a regrettable vodka experience, yet the clear spirit remains our nation’s most popular distilled beverage. Skeptics may claim that vodka’s popularity is the product of calculated marketing, and that its flavor profile is as neutral as Switzerland, but that’s really not the case.

VinePair tasted more than a dozen vodkas priced $20 or less from a range of different brands, countries, and base grains to determine which bottle delivers the best bang for buck. Some were light and crisp, others velvety smooth, and a few brought back painful memories we’d rather forget.

Before uttering the words “rail is fine,” check out our nine favorite vodkas under $20 below. 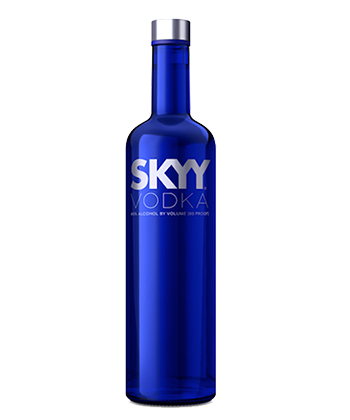 From San Francisco, This grain vodka has a peppery nose and tart, slightly citrusy palate. According to Skyy, the brand’s beginning “was motivated by one man’s search for a better Martini.” We’d definitely serve that cocktail ice cold, dry, and with a twist. Average price: $12. 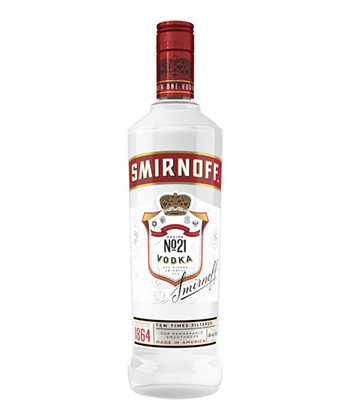 Smirnoff consistently ranked as America’s best-selling spirits brand year after year until another vodka on this list finally knocked it off its perch last year. Its forte is versatility: You can drink Smirnoff in highball cocktails, as a shot, or simply add it to your drink when you want to notch up the ABV — all without altering the flavor profile. Average price: $12. Five times distilled from neutral grain spirits, Svedka has a light, botanical nose and faintly spicy flavor. The mouthfeel is rich and well-rounded, and the finish is velvet smooth. This is the perfect option for a vodka tonic with a spray of citrus fruit. Average price: $12. Following volume growth of more than 20 percent in 2019, Tito’s is now officially the best-selling distilled spirit in the U.S. Made using a corn base, this vodka has grainy aromas, while the palate mixes sweet, salty, and buttery notes, just like canned corn brine. Serve with a big green olive in an especially dirty Martini. Average price: $19. 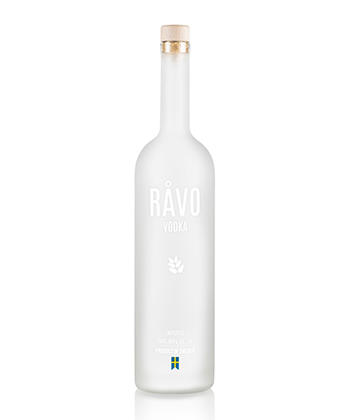 This vodka brings classy vibes from the get-go, starting with its cool, frosted bottle and moving onto the spa-water aroma and flavor profile. Its nose has hints of green grass and cucumber, while the full-bodied palate mixes citrus and salty cucumber peel. B-råvo! Average price: $19. A light, crisp Polish vodka, Wódka is made from a rye base that’s distilled five times before the spirit is then charcoal filtered, twice. It has a yeasty, bready profile and white-peppery finish. If your ideal vodka is lithe, clean, and flavorless, stick a bottle of Wódka in the freezer. Average price: $12. This exceptionally well-priced vodka starts with citrus pith aromas then leads to an edgy, peppery flavor profile. The palate is full-bodied with subtle sweetness on the finish. A versatile all-rounder, New Amsterdam is a great mixing vodka that’s particularly well-suited for highball cocktails. Average price: $10. Made from pure glacial spring water and suomi barley, this Finnish vodka comes in raging hot on the nose, then lands a pillowy soft boozy punch on the palate. Finlandia’s flavor profile is steely and angular, and the finish is long-lasting and minerally. This glacial offering is ideal for vodka sodas (or vodka mineral waters?) and super-dry Martinis. Average price: $13. 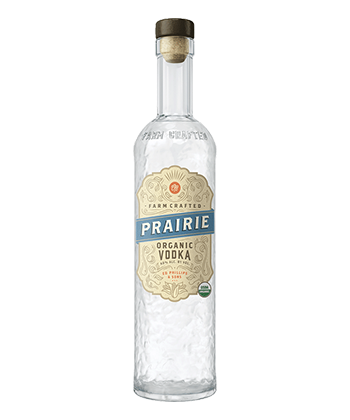 Instead of focusing on traditional marketing topics, like number of distillations and filtrations, Prairie touts the organic origins of its base corn and the numerous ways in which it gives back to Minnesota farmers. What’s inside the bottle tastes as good as the positive vibes. Prairie has a rich character, full of grainy, sweet candy notes. It is proof, if ever it were needed, that good vodka can taste of something. Average price: $17.

With its grain-forward, sweet palate, Prairie Organic Vodka is the best cheap vodka, according to our tasting panel.

How do you improve the taste of cheap vodka?

There are plenty of ways to alter or improve the taste of inexpensive vodka. While some suggest making homemade “bathtub gin,” others have tried adding baking soda, while others, still, suggest at-home infusions.

Should you use a Brita to filter cheap vodka?

Vodka is as hard on a Brita filter as it is on your liver. Instead of paying for dozens of filters, we instead suggest splurging on a higher-quality vodka.