Bodegas Vega Sicilia is considered the crown jewel of Spanish wines. Since its founding in 1864, the winery has brought international acclaim to Ribera del Duero, a region in northern Spain formerly overshadowed by the more famous Rioja. Many believe Vega Sicilia’s commitment to quality earned Ribera del Duero its rightful place as one of the world’s highest-quality wine regions.

From a sensational family feud pitting a father against his children, to a counterfeit scandal worthy of a cinematic adaptation, here are nine more things you should know about the legendary Vega Sicilia.

Vega Sicilia was founded in 1864 by the Bordeaux-trained Spanish winemaker Don Eloy Lecanda y Chaves. In addition to planting the traditional Bordeaux varieties Cabernet Sauvignon, Merlot, and Malbec, Chaves also planted “Tinto Fino,” the local name for the Tempranillo grape. Today, most of Vega Sicilia’s wines are made solely with Tempranillo.

In 1982, David Álvarez purchased the Vega Sicilia label from Hans Neumann, a Venezuelan businessman, who bought the estate in the 1960s after it was passed between various owners over the century after Chaves’ founding. The same year, Ribera Del Duero was granted Denominación de Origen (DO) status. ​David’s son, Pablo Álvarez, has been at the winery’s reins since 1985.

Vega Sicilia produces one of the most coveted wines in the world.

The literal translation of Unico, Vega Sicilia’s top cuvée, means “unique” or “the only one.” The wine is often referred to as Spain’s “first growth.” Made with varying percentages of Tempranillo and Cabernet Sauvignon, the rare Gran Reserva is typically aged in a succession of large and small American and French oak barrels for six years before spending three additional years aging in the bottle. If you are fortunate enough to even find it, the wine commands a hefty price tag, with even recent vintages costing a minimum of $400 per bottle.

Vega Sicilia owns vineyards in Spain’s Toro and Rioja regions, as well as in Hungary, where it produces wines under the label Oremus. Here, they use the native Hungarian grape Furmint, among others, to make the luscious dessert wine Tokaji Aszú.

Quality is non-negotiable at Vega Sicilia. The estate forgoes the use of chemical fertilizers and herbicides and waits a minimum of 10 years for its grapes to mature before using them in its wines. In past vintages, Vega Sicilia has even refused to make Unico due to unsatisfactory harvests.

… they even planted their own cork trees.

After discovering faulty corks in some of Vega Sicilia’s wines, Pablo Álvarez recalled the entire production of the 1994 Valbuena 5° Reserva collection. As a result, the company lost $3 million. In an attempt to prevent a repeat incident, Álvarez planted 50,000 cork trees on the Vega Sicilia property.

Vega Sicilia’s wines were caught up in a scandal.

In 2018, Spain’s Civil Guard uncovered a counterfeit ring that had produced fake versions of high-end collectible bottles, including Vega Sicilia’s wines. The counterfeiters sold cheap versions of wines that had been re-labeled to appear as the winery’s more upscale offerings, some at more than 10 times their worth.

Its owners had a scandal of their own.

For years, a dramatic family feud played out between patriarch David Álvarez and five of his seven children in a battle for control of the company, including Vega Sicilia and other holdings. The feud was so dramatic, the Spanish press referred to it as “Falcon Crest,” after a soap opera of the same name. After nearly a decade of legal wrangling that went all the way to the Supreme Court, David’s children emerged triumphant.

Visiting the estate may require having friends in high places.

The Vega Sicilia website makes no mention of tours or visiting the winery, but rumor has it that it sticks to a very strict appointment-only policy, granting visits to those with an introductory letter from a distributor or importer. 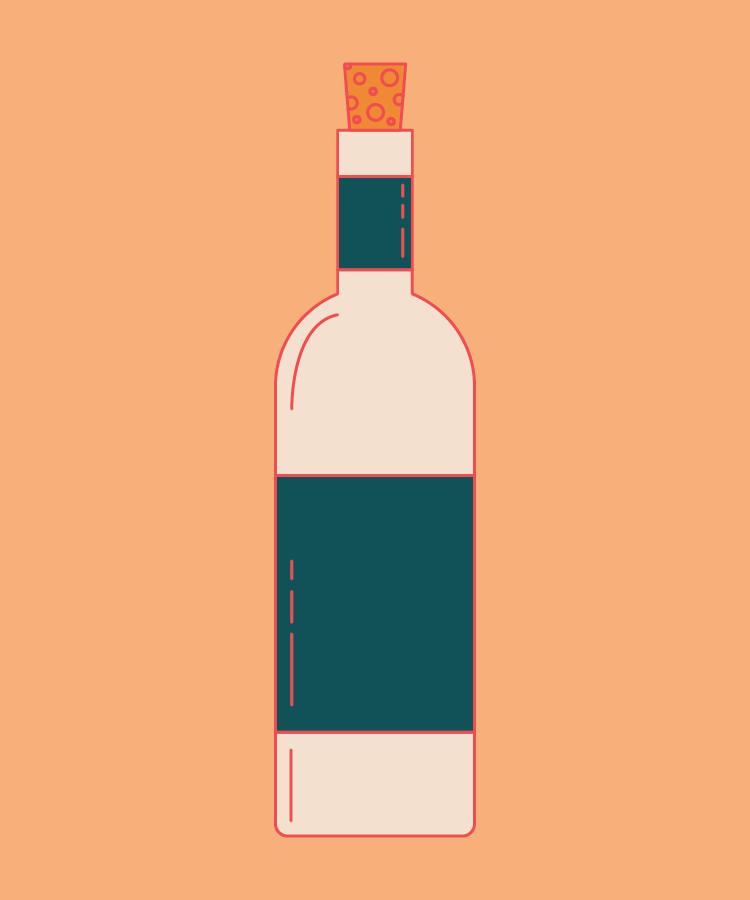 Vega Sicilia Oremus 'Mandolas' Tokaj Dry 2017:
This is a wacky grape, and a wacky wine, which is a good thing cuz this is a legit entry to this style of wine. Get this, notes of violets ...