Whisk(e)y festivals are seemingly a dime a dozen these days, with the once-novel concept replicated and rehashed ad nauseam. But that doesn’t mean that all such gatherings are created equally. When you want more than a sample pour, seek out these unforgettable annual events in locales ranging from Scotland to Colorado that have whisky geeks and dedicated imbibers lining up — and even camping out.

Known as Fèis Ìle or The Islay Festival, this event has been running for more than three decades and continues attracting legions of Scotch fans to the peat-stoked, malt-soaked island. Every distillery on the tiny island — including some of the most well known across all of Scotland, such as Laphroaig, Lagavulin, and Bowmore — hosts its own gathering and drinkers line up for the chance to nab the annual limited-edition releases that are unveiled. Generally held in late May, the week-long whisky pilgrimage also showcases other activities beyond tastings, ranging from food and music to distillery tours. Hotels and other accommodations sell out quickly so it’s best to plan your trip as early as possible. 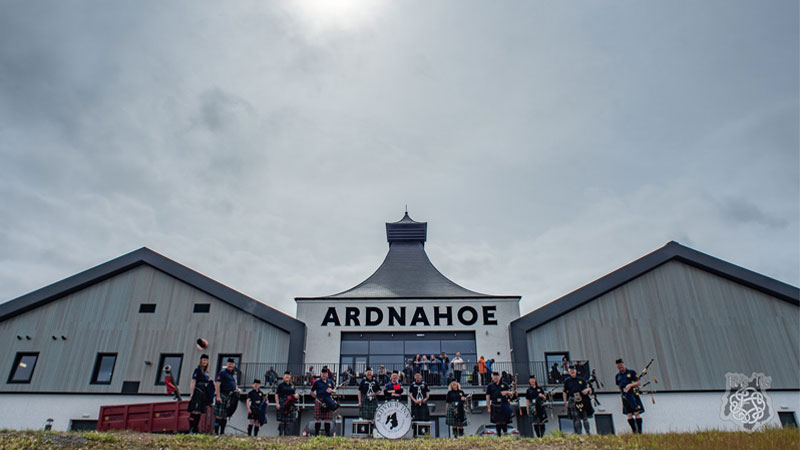 For those who can’t make it to Islay, some distilleries also offer global events timed to their Fèis Ìle parties. Most notably Ardbeg, which has a global fanbase of diehards and celebrates with those Ardbeggians by hosting Ardbeg Day parties in numerous cities.

Maltstock bills itself as the “relaxed whisky weekend,” the antidote to the overly serious and self-important atmosphere that so much of the whisky world has adopted. The event is akin to a whisky summer camp for adults, with dorm-style accommodations, campfires, dancing, and midnight snacks. It’s a rustic, epically good weekend gathering in the woods of the Netherlands that’s been happening annually for the past 12 years. “Take a pile of whisky geeks from the Netherlands, add in a few international visitors, a table covered in bottles brought along by the guests, a load of master classes and a general air of genial Dutchness, and you have an excellent weekend,” says Billy Abbott, a London-based drinks writer and educator who’s attended for the past 10 years. “There’s also an incredibly hard whisky quiz, food, a gang of beer lovers, myself included, who bring weird things to share, music — including many an ill-advised singalong — and bitterballen [a fried snack]. … It’s my highlight of the whisky festival year.”

Stranahan’s in Denver, Colo., has turned an annual winter release into a fan fest. Bottle hunters and partiers alike line up to a day or two in advance for a chance to snag a bottle of the limited-edition Snowflake whiskey, camping out in tents and tailgating away the hours. It’s the only opportunity to purchase the release, so named because each annual edition is one of a kind. On the morning of its unveiling, typically a frigid one in December, the distillery gets in on the fun with live music, food, and entertainment.

The Universal Whisky Experience, also known as The Nth, is an extravagant celebration that matches the opulence of Las Vegas with super-exclusive, rare pours. The collector-driven event is now going on its 10th year, and offers ticket packages such as the High Roller, with tastings of whisk(e)ys valued at over $300 per glass, in addition to a slew of premium master classes and other events. “I’ve been to numerous whisky shows all over the world but I have to say my all-time favorite is the Universal Whisky Experience,” says Tommy Tardie, owner of whisky hotspots The Flatiron Room and Fine & Rare in New York. “It’s an annual show that happens in Vegas, and it’s a whole other category of whisky shows. Rare, very old, and unique expressions dominate. Oftentimes the people presenting the bottles will be the makers themselves; Richard Patterson, David Stewart, Bill Lumsden, and George Grant are all common faces at this show.”

An invitation to a private party, where the who’s who of the whisk(e)y-collecting world gets together off-site — with ludicrously lofty and rare bottles to share — is the best “get” of the weekend.

One of the problems with attending some whisky festivals is that you feel like you need your money’s worth and begin imbibing every dram you find. By the time you find that magical glass you’ve been looking for all night, you might not be able to taste just how special it is. Or remember doing so, for that matter. Whisky Show: Old & Rare takes a different approach by charging you per dram, ranging from a few bucks to a few hundred. Prioritize what you want to spend your money on and don’t bother with the rest. “This is our geekier festival, focusing on old bottlings and rare whiskies,” says drinks writer Abbott, who writes for the festival’s hosts, The Whisky Exchange. “We generally have bottlings spanning more than a century, with releases from the 19th century alongside more modern bottlings of hard-to-find whisky and spirit from closed distilleries.”