Sunday evening, I met an old friend for hot dogs and beers. It was every bit as delightful as you’d imagine save for one small conversational digression regarding foreign travel, of which I’ve done very little. I try to keep my maniacal adventure-envy under control—the key, I’ve found, is avoiding Anthony Bourdain shows and workplaces stuffed with rich-kid interns—but I lost it for a minute there when my alleged pal blurted, “What? You’ve never been to Paris? Why not? Paris is amazing!” As if my failure to visit the world’s most beloved city stemmed from my lack of imagination rather than the Metropolitan Boston Transit Authority’s lack of transatlantic bus service.

I do manage to get out and about a bit more these days, though, because while airplanes are still beyond my regular means, I have within the past couple of years discovered the more accessible joys of train and commuter-ferry travel. Just last Saturday, my wife and I Amtracked up to Old Orchard Beach, Maine, a functionally dilapidated beach town with just enough scuzz around the edges to keep things interesting, but not quite so much that you can actually taste the hepatitis in the beer at Captain Whoever’s Clams’n’Shit (gotta go to New Hampshire for that kind of action).

That was a great time, but the real highlight of our summer’s exploration promises to come this Saturday, when we take a boat(!) up to Salem to check out the just-opened Notch Brewery and Tap Room. I’ve been to Salem a few times because, in addition to all the witch kitsch and fried fish, there’s a robust waterfront drinking community, but this’ll be the first time since perhaps my favorite Massachusetts brewery opened its doors to the public. I’m excited.

Notch brews beers below 4.5-percent alcohol exclusively, and its tap room is designed to promote a convivial, long-haul drinking environment devoid of distractions such as TVs, hamburgers, and overproof beer. Many of the beers are more European than modern American in style, which, combined with the biergarten out back, means this trip might be as close as I get to Germany for a while yet. I gotta drink beer in Germany some time.

Pilsner and hefeweizen are the best-known German beer styles in the United States, and therefore the ones I used to gravitate toward whenever I lucked into a German-style beer hall in New York (Boston is egregiously lacking in this department). But a lot of German pilsners taste sour to me, perhaps because they get worn and torn so much between the brewery and my mug, and the hefeweizen alternative is also fraught because my favorite is Weihenstephaner, which is intimidating to say aloud in public. So thank goodness I discovered kölsch a few years ago!

Kölsch, the unofficial beer of Cologne (or Köln), is often described as a hybrid style, as it’s brewed with top-fermenting ale yeast but then cold-conditioned like a lager. The result is a light, pale, approachable beer that might be described as pilsner’s slightly gentler cousin. I don’t like to get too caught up on drinking seasonally, but I have to admit that kölsch is probably the perfect warm-weather beer.

Though pilsners are far more popular among American brewers, there is a large handful of excellent domestic kölsches; nine of them are recommended below along with my favorite German version. Lift is a fairly unassuming beer, but a well-thought-out one, with 2-row malt augmented by red wheat, Vienna malt, barley flakes, and four different hops. Lift makes a nice first impression with aromas of bready malt on top of crisp orange, lemon, black pepper, and a creamy, subtle white grape juice element. The flavor adds some honey and a lightly floral hoppiness on the finish. Sweet Spot is a brand-new, year-round beer based on the recently retired Harpoon Summer kölsch. They call it a golden ale, but it’s plenty kölschy enough for you and me, due to both its heritage and it’s clean, bready malt, light wheat, and floral and lemon flavors. A very crisp and dry rendition that tastes like the platonic ideal of a late-July porch beer. This relative bruiser features a heavy straw aroma along with faint lemon, biscuity malt, and an assertive grassy hop bite on finish. Would it shock you to learn that Sierra Nevada Kölsch is the Sierra Nevada of kölsches, which is to say both excellent and arguably over-hopped? I love the stuff, despite and because of the Simcoe that deepens the citrus aroma to complement the bitterness imparted by the Magnum. There’s some nice honey in there, too. Killer comes across as creamy, spicy and rich for the style, and I want to drink 100 more of them before I finish typing this sentence. This late-summer seasonal hasn’t made its 2016 debut yet, but keep your eyes peeled for what may be the best kölsch brewed in America. The one I tried last year was very delicate, light on both the telltale lemon and pepper elements, but still somehow well rounded and downright exciting to drink. This seasonal release named in honor of a local bike race opens with a strong aroma of Wheat Thins, grass, and lemon, with an herbal tinge and some black pepper on the finish, which is more bitter than anticipated. 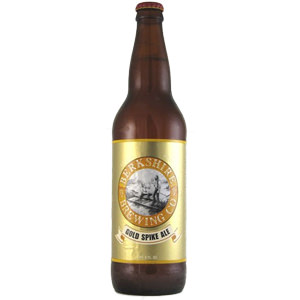 Here’s a criminally under-appreciated summer beer from western Massachusetts with all the floral, lemon, and spice notes you want in a classic kölsch without the bells and whistles most other American brewers can’t help themselves from tying onto the style. This authentic from-Cologne kölsch is the industry standard, at least as far as American drinkers are concerned, and it’s well worth tracking down anywhere you can be reasonably confident it’s fresh. It’s on the sweeter side, with bready malt and a touch of clean grass and just enough bitterness on the finish to balance it all out.