If you haven’t heard, June 19 is World Martini Day. Okay, sure, pretty much everything has its own day now, but I’d like to think that the Martini is something we can all get behind. Since it’s also Father’s Day, we can double-celebrate with a round or two of the world’s most iconic cocktail.

Still, the Martini can be a pretty divisive drink…

There are seemingly hundreds of stories as to how the Martini came into existence, and everyone wants to take credit. Some say it started at the Occidental in San Francisco, others say it materialized in the town of Martinez, CA. Some say it was first crafted at the Knickerbocker in NYC. It goes on and on.

Honestly, pick whichever story you like best. The most important thing is that the Martini is here, and it’s amazing. But, like its multiple origin stories, the recipe itself suffers from a bit of an identity crisis.

There are so many variations on the Martini that you could spend weeks tasting them and comparing the results (not a bad idea). From the base spirit to the final garnish, the seemingly singular cocktail actually covers a wide spectrum of profiles and preferences.

However, before you lock down your signature spin and slam your Martini flag into the soil, make sure you know all your options. Try a few versions. Once you’re an expert on the ins and outs, you’ll be fully equipped to explain why your Martini is, in fact, the superior manifestation.

First of all, you must decide: do you want your Martini made with gin or vodka?

Despite all the controversy over the cocktail’s beginnings, pretty much everyone agrees that gin was used in the original recipe. However, over the years, the drink has slowly shifted to reflect changing tastes and interests, with vodka often winning as the preferred spirit.

So, what do you need to know? Basically, gin brings a more complicated and botanical profile, while vodka offers a smooth, modern experience. There’s no shame in giving each one a try, or even a few tries, so you can see for yourself what you like best.

The Volume of Vermouth

Again, we have no consensus on the amount of vermouth in a Martini, with ratios swinging wildly in each direction. Some old-school recipes call for equal parts vermouth and base spirit, while others omit the vermouth entirely. Most fall somewhere in between.

When you order a Martini “dry” or “extra dry,” you’re indicating how much vermouth you’d like. More dry = less vermouth. However, the exact definition of “dry” will vary, depending on your bartender.

Here’s the other thing: you’ve probably had some awful vermouth. Just as with any spirit, there’s a wide gap between the top shelf and the well. Finding a well-crafted vermouth, full of subtle flavors, can morph your Martini into an entirely new drink. 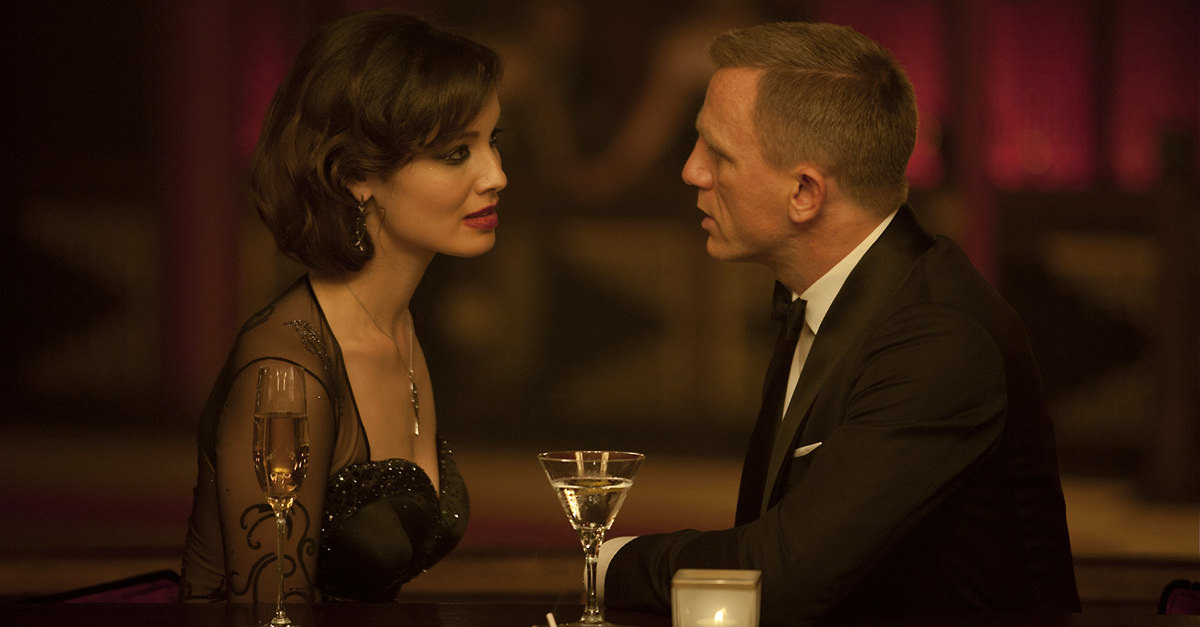 Yes, James Bond loved his martinis shaken. Others insist that stirred is the only way to go. It all comes down to your preference, but there is some science involved.

Personally, I like to follow a pretty standard rule: if a cocktail contains juice, syrup, egg, or cream, shake away. This aerates and froths the drink, adding a smattering of ice chips to the surface. If it’s an all-booze affair, I prefer to stir. It better maintains the flavors and aromas of the spirits, with less dilution.

All that said, some may say there’s a new rule for the Martini: if it’s made with gin, stir it, and if it’s vodka, shake it.

The default these days is usually to garnish with an olive, and we’re all familiar by now with the “dirty” Martini, which incorporates additional olive brine.

Many purists, especially those favoring gin, will opt for a twist of lemon peel instead, pressing the citrus oils over the surface of the drink. In this recipe, orange bitters may also be added.

There are other options and variations, of course, like olives stuffed with pimentos, bleu cheese, or peppers. The Gibson, a close sibling of the Martini, has adorable little onions. The old-timey Dorflinger has no garnish, and uses absinthe instead of vermouth.

It seemed appropriate to try out some very basic, classic Martini recipes for World Martini Day. The possibilities are, as you can see, almost endless, but I finally landed on four concoctions: two gin and two vodka.

By the way, always be sure to chill your cocktail glasses before you pour. You can put them in the freezer ahead of time, or fill each glass with ice and water for a few minutes. And now, let’s get to the drinks. For my vodka I’m using elit, provided to me by the lovely people at Stoli. It’s an ultra-premium vodka, freeze-filtered through columns of birch charcoal.

The nose is crystalline, almost non-existent, as you would expect from a high-end vodka. On first sip, it’s clean, sweet, and floral, followed by a glowing warmth that spreads across the mouth, and tinged with a light dose of sugar. There’s just enough viscosity to tug at your tongue. Subtle peppery notes fly in on the finish, with a nip of citrus. Junipero comes from Anchor Distilling, the wonderful team that brings you Anchor Steam beer. Their west coast gin, crafted in San Francisco, is very true to the London dry style. It has strong juniper and spice on the frontline, followed by bitter citrus peel and dried herbs. A touch of sweetness slips through for a moment, and then a nice burn settles in (at 98.6 proof). There’s plenty of warm minerals in the afterglow. This is about as simple as you can get. A dash of vermouth and a trace of olive brine create buttery edges and an almost candied mouthfeel.

Rinse a chilled cocktail glass with vermouth by swirling a few drops around, then pouring out. Add vodka to your shaker and fill with ice. Shake well and strain into the glass. Add an olive and just a few drops of brine. Bitter citrus bliss. Be sure to use a quality vermouth, like Dolin, or perhaps try Lillet Blanc.

Add ingredients to chilled mixing glass. Add ice. Stir. Strain into chilled cocktail glass. Press lemon peel over the top to spray oil on the surface, then drop in. This recipe was inspired by the Spring Thyme, created by Anthony Bohlinger for elit. In my spin, I decided to pair sage with black peppercorn. Earthiness and dark spice play well with the silky vodka.

To make the infused vermouth, add 4-6 sage leaves and a few dashes of freshly-cracked peppercorn for each ounce of vermouth. Let that all mingle in a glass for a couple of hours.

Add vodka and vermouth to shaker. Fill with ice. Shake, then strain into a chilled cocktail glass. Garnish with one sage leaf, and a tiny sprinkle of crushed peppercorns. A counterpart to the recipe above. The basil adds wonderful sweetness, and the red pepper sneaks in at the end for a slow, mellow burn.

Both the basil and the red pepper are a bit more aggressive than the sage and black pepper, so you can reduce the ratio on the infusion: maybe 3 basil leaves and a few flakes for each ounce of vermouth.

Add gin and vermouth to chilled mixing glass. Fill with ice. Stir, then strain into a chilled cocktail glass. Garnish with a basil leaf and a shake of red chile flakes.