The Story Behind The John Collins

Think of John Collins as a lesser-known sibling of the popular Tom Collins. Believed to have been invented in the late 1800s at Limmer’s Old House in London, the cocktail was reportedly named after the head waiter at the establishment. Silent film actor Frank Sheridan even wrote a rhyme dedicated to John Collins, whoever he may be.

Despite its unclear origins, John Collins became a distinct version of the classic Tom Collins. Both are made with lemon juice, club soda, and simple syrup, but what sets them apart is the spirit used. The former substitutes gin for whiskey, giving it a distinct golden-yellow hue. 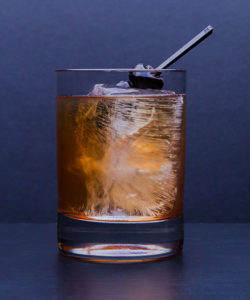 Rob Roy:
Get our recipe for a great Rob Roy. Learn everything you need to know to make a perfect Rob Roy. Flaming Hot Toddy Recipe:
Take your hot toddy to the next level with this spicy hot, cinnamon-infused take on this classic winter cocktail, the only drink you'll need all winter. Rusty Nail:
Get our recipe for a great Rusty Nail. Learn everything you need to know to make a perfect Rusty Nail.