Heading out to the ballpark, whether it’s to catch a pro game or take in an amateur contest, is a sensory experience. There’s the vast expanse of green grass, the smell of peanuts and pretzels from vendors, the crack of a wooden bat making contact with a 90-mile-per-hour fastball, and the feeling of sunshine beating down on bare skin.

It’s the perfect recipe for the enjoyment of a cold beer. While it’s not officially claimed as a ballpark staple alongside “Take Me Out to the Ballgame,” we assume that a beer is implied alongside the peanuts and Cracker Jacks. And in these times, when ballparks are reopened, we encourage you to reach for a variety of styles to sip behind your mask — but preferably something that’ll keep you responsibly lubricated over the course of nine innings.

With baseball season mid-swing, we asked our beer expert friends, “What’s your go-to ballpark beer?” Some root for the home team with local lagers, while others opt for out-of-towners to reach peak refreshment. For those who play favorites, find out which beers make the starting lineup below. 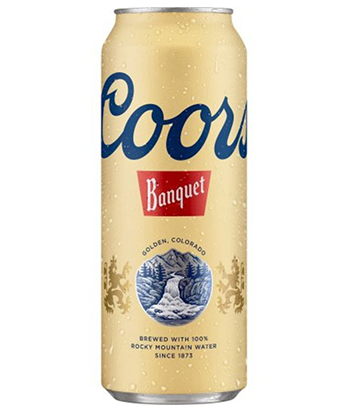 “Coors Field requires a Coors Banquet. Bonus points if I can find it in a tall-boy can. You just can’t get much better than that on a sunny afternoon sitting in the Rock Pile.” —Sean Buchan, Owner/Head Brewer, Cerebral Brewing, Denver “I love all kinds of sports, the competition, the sense of community around a favorite team. But let’s be honest, one of the best things about watching sports is the food and drink that goes along with it. Even bad stadium food is still delicious, and beer is kind of the same. For baseball, with the heat and the sun, I want something lower-ABV and refreshing. There are a lot of beers that fit that bill — and again, any beer is a good beer at the ballpark — but one of my go-tos right now is SeaQuench Ale from Dogfish Head. The saltiness goes great with French fries (which are an obvious must), and the tartness is super refreshing.” —Brandon Wooten, Co-founder and Chief Brand Officer, Selvedge Brewing, Charlottesville, Va. “I would have to go with The Civil Life’s Vienna Lager.” —Libby Crider, Co-owner, 2nd Shift Brewing, St. Louis “I’m from Pittsburgh. The team leaves quite a bit to be desired, but the park is truly a gem, and in order to take in that beautiful scenery to its potential, its Iron City pounders all day. If I can give a runner-up, though, that goes to Bell’s Oberon.” —Andrew Witchey, Founder/Brewmaster, Dancing Gnome Brewery, Pittsburgh 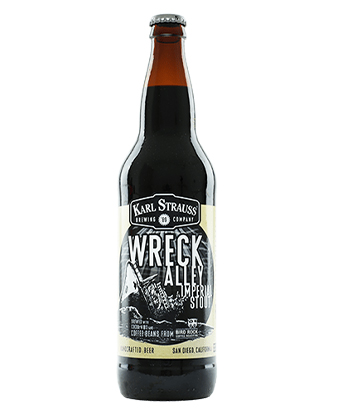 “If I’m drinking at the ballpark, I like getting the most bang for my buck as beer prices are high, so I enjoy a Wreck Alley Stout from Karl Strauss.” —Cesar Barajas, Delivery Driver, Pure Project Brewing, San Diego “My ideal ballpark beer is Bell’s Two Hearted, especially if it’s in a 19-ounce can. It’s no secret that beer at the stadium is expensive; with Two Hearted I can revisit my early craft beer days and catch a buzz with one purchase.” —Aaron Bridges, Brewer, Finback Brewery, Glendale, N.Y. “Unfortunately, I don’t have a ton of beer-and-ballpark experience since Austin doesn’t have a pro team, and drinking at my kids’ games is frowned upon. That said, having a ‘Beer for Ballgames’ from Off Color Brewing is high on my things-to-do list.” —Michael Graham, Co-founder, Austin Beerworks, Austin, Texas