The world loves vodka. Even as growth has been slower than other categories recently, the clear spirit continues to grow year over year.

Whether it’s mixed, sipped, or thrown back in an ice-cold shot, vodka is as ubiquitous as it is versatile. Lots of bottles on this list are bar and household staples, but we guarantee there are a few you have yet to try. Read on to discover the world’s top 20 vodka brands. 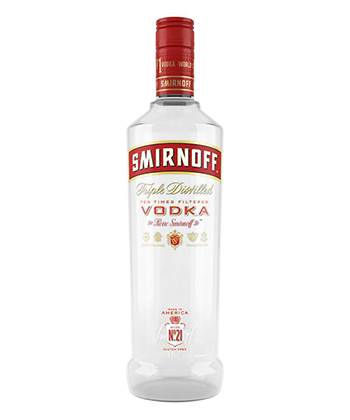 Created by a Russian serf named Pytor Smirnov, the world’s best-selling vodka has been sold since 1864. In 1886, Smirnov penned an exclusive contract to supply vodka to the Tsar of Russia. Today, Smirnoff comes in nearly 40 flavors and is sold in 130 countries.

Hitting the U.S. market in 1979, Absolut was a bit of an oddball thanks to its oddly shaped bottle and out-there marketing campaigns. But Absolut — a Swedish vodka made with 100 percent wheat — was founded in 1879 by Lars Olssen Smith, who also invented fractional distillation.

This Ukrainian vodka named for the eponymous island of Khortytsya is lesser known in the States despite being the third best-selling vodka in the world. The grain-based brand is smooth and fruity, and worth seeking out.

For those unfamiliar with bison grass vodka, Żubrówka has a unique flavor profile, which can range from notes of woodruff and coconut to the signature Bison grass added to the bottle as a tincture. The Polish brand is widely available in the U.S.

Owned by the largest alcohol producer in Eastern Europe, Global Spirits’ Morosha is made with natural mineral water, and claims to have a delicate flavor. 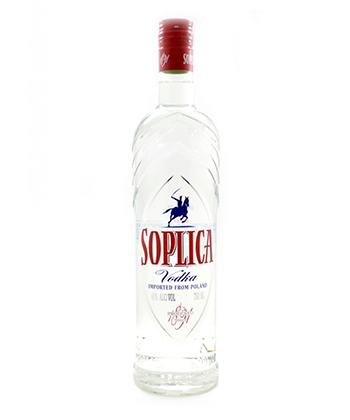 This Polish vodka produced since 1891 comes standard and in various flavors, including walnut, strawberry, and plum. Its base grain is rye, giving it a spicier kick than some other vodkas.

Currently produced in France, this relatively young vodka brand was founded in 1996 by American businessman Sidney Frank. It’s earned a French reputation, though, and is made with wheat specially grown in Picardy, France.

Magic Moments saw 4 percent growth in 2021. Described as creamy and citrusy with a hint of spice, this triple-distilled Indian vodka won the International Wine & Spirit Competition Silver medal in 2010 and 2008. 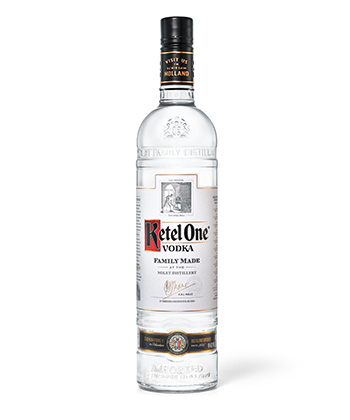 This cocktail-friendly Dutch brand has been made in the Netherlands by the Nolet family for 11 generations. It entered into a 50-50 partnership with Diageo in 2008 for a reported $900 million, but the brand, distillery, and recipes are still family-owned.

A notably American brand, Skyy claims to be one of the first vodkas made entirely with U.S.-sourced grains and water. That, and its proprietary quadruple-column distillation and triple-filtering processes, yield notes of citrus and spice.

This Polish vodka is one of the top sellers in its country of origin. It features a purely neutral taste and subtle aroma that’s well-loved among Polish consumers.

Better-known as “Stoli” among industry members and bar flies, this classic label from Russia, though produced in Latvia, is grain-based and quadruple-distilled. Adding to its appeal are its availability and affordability. 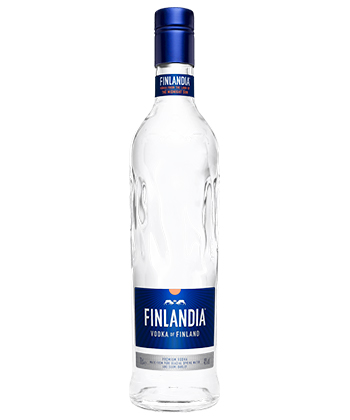 This French vodka is available in 30 different variations, offering bold flavors such as Habanero and more sweetly subtle Guava Lime.

This inexpensive Kentucky brand “quadruple distilled for superior smoothness,” according to its label, comes in both 80 proof and 100 proof. It’s also available in a dizzying array of 37 flavors, including cherry. This vodka, produced in France, was first introduced in 2003 and has since soared in popularity. It enjoyed nearly 28 percent growth in 2021 and surpassed its top sales record set in 2018.

Triple cold filtered and clean in taste, this Germany-based company has produced vodka for over 100 years. It saw a slight growth of 2 percent in 2021.

The Polish vodka brand Wyborowa hit the distilling scene in 1927 and hasn’t stopped delivering the neutral, slightly sweet spirit since. It’s garnered over 40 awards, many of them internationally, and is available in 70 markets across the world.

Known for its colorful, flavored offerings, Deep Eddy has been serving up sweet spirits since 2010.