While once fairly unknown stateside, Corona and Modelo have both become beloved imported beers among American drinkers, coming in sixth and seventh respectively as best-sellers in the U.S. market. And despite Corona’s unfounded association with the novel coronavirus, it is considered by the consultancy group Brand Finance to be the world’s most valuable beer brand with gross revenue in 2020 of more than $5.8 billion. Modelo isn’t far behind with a total revenue of over $3.3 billion, placing it seventh on the list.

With the outdoor season in full swing and beach and poolside vacations on the rise, there’s never been a better time to reach for a crisp and refreshing Mexican lager. Keep reading to learn more about how these two iconic brands from south of the border stack up.

Corona and Modelo were first brewed in the 1920s at the Mexico City brewery Cervecería Modelo. Accounts vary as to who founded the brewery, but according to The New York Times, it began with Pablo Díez Fernández, a Spanish immigrant and bakery entrepreneur. Over the next several decades, Fernández helped expand the business nationally, eventually turning it into “Mexico’s largest brewer.” The brewery later became known under the company name Grupo Modelo, and today operates eight breweries across Mexico.

As the article notes, it wasn’t until the early 20th century that beer culture found its way in Mexico. Pulque, a milky ferment made from the maguey cactus, was the favored alcohol for centuries, but as the country became more industrialized, the interest and demand for beer grew.

Back in Mexico, Corona turned its eye to an international audience, but struggled to keep up with demand after it began exporting Corona Extra to the U.S. in 1981. Bemused by its sudden and rapid popularity, beer experts referred to the craze as the “Corona phenomenon.” In 1990, Modelo Especial followed Corona stateside. 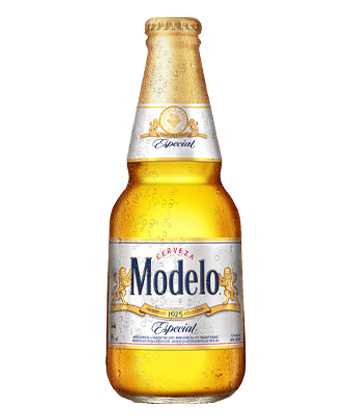 VinePair’s blind tasting of Mexican lagers yielded surprising results; Modelo Especial stole the show from Corona Extra, coming in at second place. Modelo’s “pure refreshment” transported one reviewer to a Mexican restaurant with “tacos that are too spicy,” while Corona’s smell was described as “very sweaty” and its “skunk-like aroma and flavor” was likened to Heineken. Perhaps the addition of lime is more than just an attractive garnish. 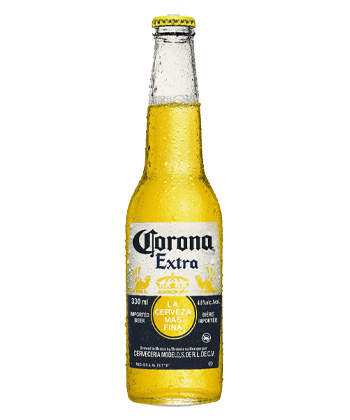 Hands down, the best way to use Mexican lagers is in the beloved and highly addictive beer cocktail, the Michelada (or Chelada, as it is called in other parts of Mexico) — a combination of lime juice, cerveza, and salt, and served over ice, though versions in the U.S. often include spiced tomato juice. In Mexico, the drink takes on many variations, including the Michelada Cubana, an umami bomb that includes hot sauce, Maggi sauce, and Worcestershire.

Chelsea Hoff, the winemaker and proprietress at Fearless Wines in St. Helena, Calif., told VinePair that a light beer is her go-to after a long day of winemaking in the California sun: “A well-earned cold beer after a long harvest day is the most delicious tasting beer, but if I had to choose I would go with Corona and lime,” she says.

David Roth, the beverage director at KOJO in Sarasota, Fla., says: “Mexican beers have come a long way since I started drinking legally in 1990. I only knew of a Corona with lime. Eventually, I began to see Negra Modelo but those were a big departure from the pitchers of Natty Light and cases of ‘the Beast’ I used to drink in college.” While Roth suggests drinkers give Negra Modelo and Modelo Especial a try, today he tends to reach for the lesser-known, fuller-bodied Corona Familiar over the Extra.

But for Joe Palminteri, the area director of food and beverage for Via Sophia in Washington, D.C., if pressed to choose between the two brands, Negra Modelo is his preference, a brew he describes as a “wonderfully creamy, dark beer, rich [in] flavor and smooth.”