As a category, Irish whiskey can be thought of as some 600 years young and with no shortage of ups and downs during its considerable history. From its mid-19th century heyday, when bottles from the Emerald Isle dominated global whiskey sales, the nation’s fortunes took a drastic turn. By the 1970s, just two operational distilleries remained in Ireland.

These days, things look considerably brighter. Between 2010 and 2019, the number of working Irish whiskey distilleries increased eightfold. Beyond a growing number of brands to choose from, drinkers can also look to Ireland for its impressive range of different whiskey styles, as well as on-trend production techniques, like cask finishing. Put simply, there’s never been a better time in living memory to get into Irish whiskey.

As a native Irishman, New-York-based Shane Mulvany is excited about the current state of the category, and isn’t short on advice for how to approach Irish whiskey, whether you’re a brown spirits beginner or a seasoned Scotch drinker. It’s a field in which he’s built considerable experience.

Mulvany started working at pubs in Ireland from the age of 16 and would return every summer to continue that work after moving to the U.K. for university. When he turned 21, Mulvany moved for a summer to New York, where he first learned how to make cocktails. “I found out I could be creative in that way and I loved it,” he says.

Mulvany then returned to London, where he worked at a number of the city’s best cocktail bars, and later enjoyed a stint in Canada, where he won Diageo World Class Canada in 2016. His cocktail journey would come full circle a few years later when he returned to New York. There, he worked at two of the city’s most famous bars: Dante and the Dead Rabbit, which proved to be his last post behind the stick before switching to work as an on-premise educator for Diageo.

Drawing upon all of that experience, Mulvany sat down with VinePair to help compile this expert’s guide to drinking Irish whiskey. Sláinte!

Get to Know Irish Whiskey

Of those, pot still is the only uniquely Irish style, made from a mix of malted and unmalted barley, as well as other cereals, such as oats. While the historic style is enjoying a resurgence — as are single malts to an even greater extent — blended whiskeys continue to dominate the market. “They’re the ones that everyone knows and that move the market,” Mulvany says. “Just as in Scotch, they’re usually a blend of grain whiskey and single malt whiskey.”

Grain whiskeys have historically served as a blending component, but modern-day standalone examples should not be overlooked. “Some of these grain whiskeys are pretty incredible,” Mulvany says. “They have greener, lighter flavors, and some are also floral.” 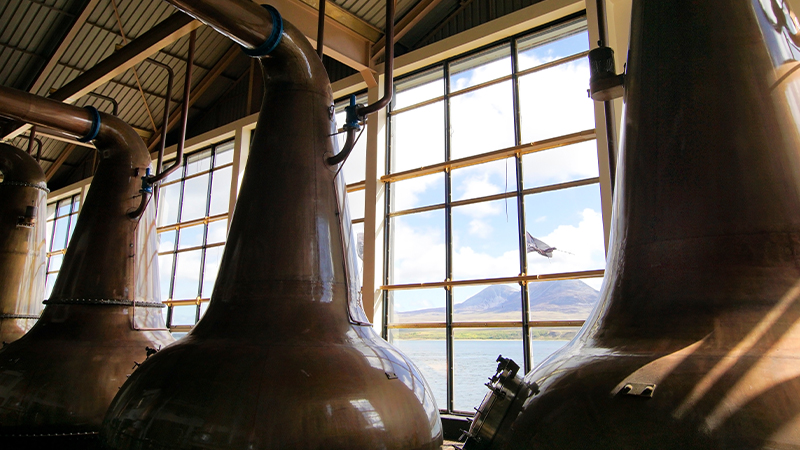 Beyond learning the theory, tasting neat remains the best (and most enjoyable) method for understanding Irish whiskey. With its range of styles, the category offers something for everyone.

“Sit down and try them all, and see which one you like best,” Mulvany says. Then after singling out one style for further exploration, level up.

Taste multiple age statements from a single producer to appreciate the influence of time and the evolution whiskey undergoes with every added year in cask. Alternatively, explore different examples of the same style of whiskey from multiple distilleries, and become familiar with cask-finished expressions, which spend a final period resting in former sherry, red wine, or other spirits barrels. “There’s much more cask usage these days, which is growing the category and growing the range of styles,” Mulvany says. 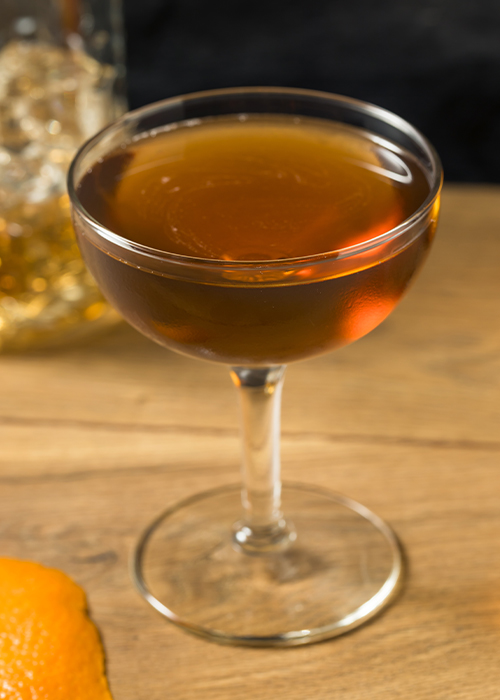 The decline of Irish whiskey in the early 1900s coincided with a golden era for cocktails, when many of the tomes that defined the art of mixology were first published. For this reason, you won’t encounter many Irish whiskey–based classic cocktails. But that doesn’t mean they don’t exist, nor that the spirit shouldn’t be used when mixing drinks.

“The Tipperary is probably the most famous,” Mulvany explains. First published in Hugo R. Ensslin’s “Recipes for Mixed Drinks” in 1916, the Tipperary offers a chartreuse-spiked riff on the Manhattan, with blended Irish whiskey taking the reign as base spirit.

So what about those other styles?

“I like to use single malt in an old cocktail called the Cameron’s Kick, which is pretty much a whiskey sour,” Mulvany says. Traditionally made using a split base of Scotch and blended Irish whiskey, as well as orgeat and lemon juice, Mulvany prefers the complexity of Irish single malt for this cocktail. “You can throw in a little bit of sherry — a nice oloroso — to make it even better,” he says.

When fixing a cocktail using single pot still whiskey, Mulvany points to the Psycho Killer, a contemporary classic developed by Jillian Vose at the Dead Rabbit. This drink requires some forward planning and ingredients that not all home bartenders will have on hand, with the whiskey stirred with cocoa nib–infused Campari, crème de cacao, banana liqueur, and a splash of absinthe.

As for single grain whiskeys — the underrated, lighter style — Mulvany keeps things simple and opts for highballs. Start with ginger ale and fresh citrus, he says, then explore with flavored tonics.

On the matter of simplicity, there’s always the Irish coffee. The undisputed champion of Irish whiskey cocktails, Mulvany would make 100 or so during any given shift at the Dead Rabbit. Rather than dampen his appreciation for the drink, it only made him love it more.

“It’s an easy out, but the Irish coffee is such an amazing, amazing drink,” he says. “When done right, I think it’s one of the greatest.”