There seem to be endless ways to open a bottle of wine. On those unfortunate occasions when you don’t have a corkscrew at the ready, a shoe or bike pump can be subbed in for the traditional wine key. But ideally, every home bar should be stocked with some kind of wine opener.

Between classic waiter’s mates, winged openers, pumps, and even electric tools, it may be difficult to decide which wine opener is the right one for you. To get the lowdown on which corkscrew beats the rest, we consulted Philippe André, sommelier and wine director at Oceanique in Evanston, Ill., for his expert advice.

For starters, the somm says, a classic double-hinged wine key is almost always your best bet. This wine key, also known as the waiter’s mate, comes with a knife to remove the foil, gives you leverage to open the most stubborn of corks, and typically comes pretty cheap. His favorite is called the Coutale, which sells for around $25. (For the “Ferrari of wine keys” — as in it costs $365 — André recommends the Code 38. “It is a magical piece of art but also a functional wine key,” he says.)

There are certain instances when André suggests branching out from that style, though. If you’re a birth year wine drinker or simply a collector of old bottles, the somm says you should have The Durand wine opener on hand. The tool, which includes a corkscrew wedged between two prongs, provides more grip on older corks prone to breaking and crumbling during removal. “This is extremely bulletproof,” he says. “I’ve seen muggles open really old bottles of wine effortlessly with this.”

Once you have these two tools, there’s no real need to collect any others, especially a winged corkscrew. “No one should ever use that one ever,” André says. “The reason being, it doesn’t have a knife to cut the foil. It’s not Red Bull. It does not give you wings; all it does is fail.” 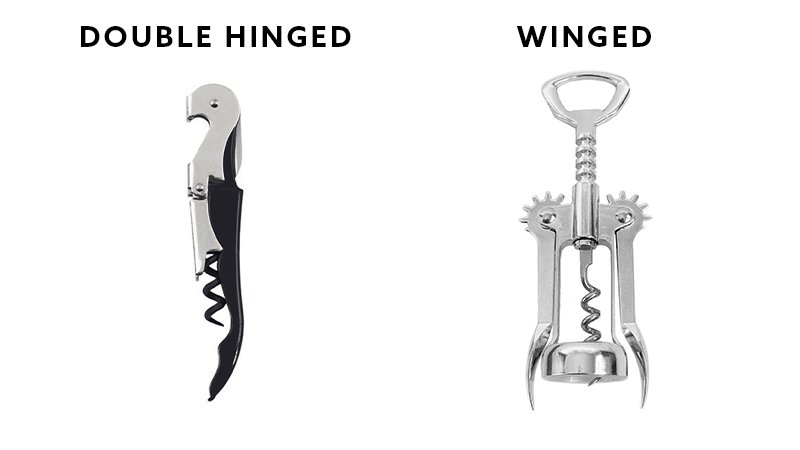 If you’re a fan of electric wine openers, André recommends taking caution. “I used one the other day at a restaurant and it shredded the cork that I had, so I do not recommend using it on older bottles.” He also admits they’re not a somm’s favorite tool: “I just like to get my hands dirty, and I feel really lazy opening it with a mechanical device, you know?”

A cork-removing pump, which uses air pressure to push a cork out of a wine bottle, is a fun way to open a bottle of wine — but André says it won’t score you any clout among somms. “You’re going to get picked last for dodgeball if you open wine that way,” he says. “I think I would get shunned if I brought that to a somm event.”

If you’re less into functionality and craving some excitement, André says that using port tongs is “by far the way to look like the most baller boss wine person ever in front of your crew.” To use them, “start a roaring fire in your fireplace — since you clearly have a fireplace in your house — and warm the tongs up.” Then, use them to grip the bottle for a moment, and wipe a cold, wet cloth on the bottle so the neck breaks off. “And that is how you remove a cork without removing the cork in the most baller-ific way,” André says. “There’s theater involved. There’s drama, there’s fear, there’s excitement — all the things to get your party started.”