When it comes to craft beer labels, the offensive, animalistic, and downright frightening get a lot of attention. While those are all head turners, nothing really stands out like minimalistic design. A minimalistic beer label makes a statement on whatever overcrowded craft beer shelf it’s on. It’s bold, it’s simple, and among all the wacky designs out there, it’s eye-catching.

Granted, what really matters is what’s in the bottle, not what’s on the outside. Yet it’s impossible not to give some credit to these breweries that clearly appreciate minimalist design. Here are the eight best. 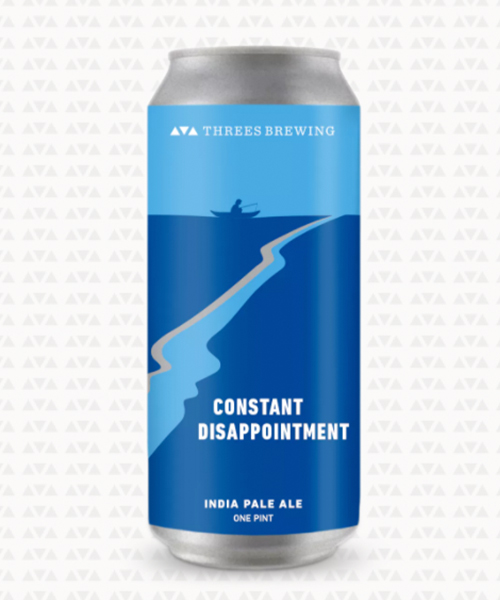 Varying shades of solid blue patterns evoke a fitting mood for the name of the beer. A river runs through it, and a lone fisherman sits near the top. The design might be for the downtrodden, but the heavy dose of tropical, citrusy hops can cheer you up. Less is more when it comes to minimalist design. Amun really leans on the less side. The front of the label at first appears to be a solid light pink until you notice the tiny little mouse in the bottom. It’s an imperial IPA at 8 percent alcohol by volume, though, so don’t let the little label fool you. Few sights match a sunset over the water, which is exactly what this beer evokes. Simple yet elegant, it’s hard to think of another can you’d rather be holding while lying out on the beach. Yes, this beer’s name sounds like some exhibit you’d make fun of in the Museum of Modern Art. Don’t deny that you’d stop and take a second look if you walked by this bottle, though. Ippon Matsu means “one pine tree” in Japanese, hence the single pine tree. It’s a beer with a purpose, meant to raise awareness about the devastating tsunami that hit Japan in 2011. The tsunami knocked off some 70,000 pine trees on the Rikuzentakata shore, yet one remained. This is what happens when animalistic and minimalistic meet. The golden ale is sweet, fruity, and citric. The big red No. 11 and a single fish. Enough said.

Unfiltered Lager from And Union It doesn’t get much more simple than this. A solid white can, simple black font, and simple line texture.

All Green Everything from Other Half Another solid color takeover, this time with a hoppy theme. Other Half’s All Green Everything is a triple IPA with four types of hops, so the green theme makes sense. Simple yet effective.