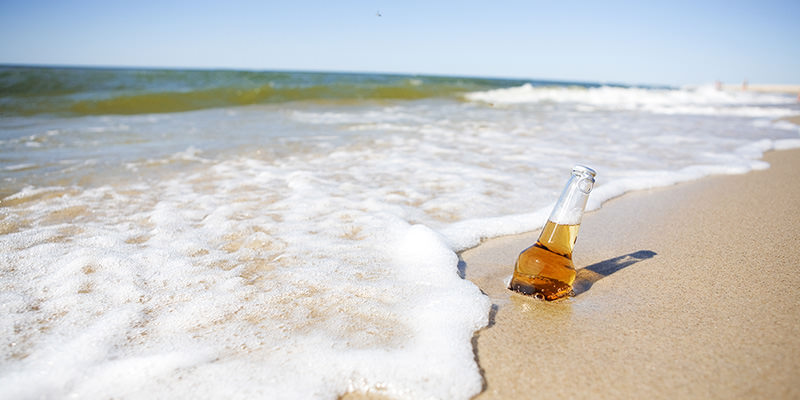 Not sure why, but the candy you sneak into the movie theater tastes just a bit sweeter than the candy you pay for. Maybe it’s because you didn’t spend $4.75 on a box of Junior Mints. Or maybe it’s because you, like the rest of us hedonists, like the savor of low-grade deceit just a little bit. Meaning you might be the type of person looking for tips on how to sneak alcohol onto a public beach.

Fortunately, assuming this is all done responsibly, there are more than a few simple ways to bring booze to the beach. (We’re not including fake beer bellies and their ilk because, first, really? And second, because they’re not practical for the congenial public nudity on display where water meets land.) Before we get into it, for the sake of responsibility, let’s review some of the myriad reasons not to drink — or drink irresponsibly — at the beach.

Sharks. They’re already stronger than you, soulless, and have way more teeth. Don’t give them another upper hand.

Lion’s Mane Jellyfish. Speaking of terrifying sea creatures, this thing exists. And while it may not swim in the depths you’re going to (see below), it has cousins. And friends. And they also sting.

The Continental Shelf ends. And when you’re drunk, you won’t care if you swim into seriously deep ocean.

Sunburn. We forget to reapply when we’re sober. How red do you think you’ll get when you’re sipping secret margaritas?

Dehydration. You’re burning up, the nearest source of water is full of salt, you’re drunk.

It’s not a nude beach. But after a few hits of “sun tan lotion,” you’ll think it is. 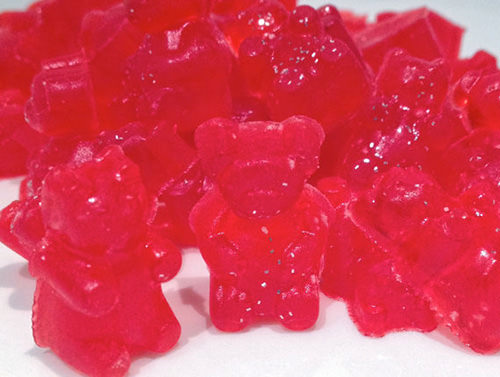 We don’t recommend those liqueur filled chocolates for a variety of reasons (the fact that it definitely melts in your hand being only one of them). Really, they’re just not efficient. Most booze candy isn’t. But these “Coconut Cocktail Cubs” are a lot easier to eat in quantity. Plus, look at them. So cute! One method: bring some fruit to a beach area you’ve been assured contains ambient yeast, and wait. Much, much faster method: spike some innocent looking fruit with booze. You don’t have to do the old watermelon trick, but on the other hand, it’s a giant and totally trustworthy fruit. You’re going to have to somehow seem un-creepy for bringing binoculars to the beach. Just pretend you’re very into dolphins. (Who can blame you?) A pair like these will get you 16 ounces, which you can easily — and wisely — cut with a beach-acceptable mixer like fruit juice or soda. If anyone asks you why you’re using Scope at the beach, you ask them when they stopped caring about enamel integrity. When they walk away in shame, you get a celebratory sip. You have to thoroughly clean out the bottle, then just add some clear liquor and food coloring. Just don’t spit.

Trading SPF for ABV. Though, yes, bring actual sunscreen. But also, if you like, pack a bottle of backup “sunscreen” that’s actually going to do nothing to protect you from skin cancer or fine lines and wrinkles but will get you relaxed enough to take off that cover up. The trick here is the cap, not the water. Yes, there are branded caps out there that actually make it look like you never opened that bottle of Aquafina (reviewers say it’s a good fit) and filled it with white rum. You can’t freeze alcohol easily. It’s one of the reasons we store vodka in the freezer. (One.) So you’ll have to mix your alcohol for this one, and/or pass it off as a frozen treat intended for your kids if caught. Don’t give it to your kids unless you want them mouthing off to a crab. And that never ends well.