Because they don’t just give Pulitzers away, right? And yes, this is a bit less innocent than the “how many licks to the center of a Tootsie Pop” thing, but driven by a similar spirit of scientific inquiry. This time, the goal was to see how many liqueur-filled chocolates I needed to eat before I felt buzzed. And then how many poorly thought-out texts I could send before sobriety returned.

No idea why I assumed this, but I thought liqueur-filled chocolates were sort of around everywhere this time of year. And then a bunch of confused supermarket employees just gave me blank stares when I asked where the booze candy aisle was. A couple of them called security, but I was faster than everyone, so it’s OK.

Seriously, when we were kids—oh so long ago—weren’t there just boxes and boxes of liqueur-filled (and liquor-bottle-shaped?) candies around this time of year? After all, it is the season when we rationalize drinking eggs, invite trees into our homes and throw shiny string at them, and make small houses out of food. So where are my booze filled chocolate liquor bottles?

Turns out your best bet for buying some, and I’m sure this is super important insider info, is at a liquor store. Most grocery stores can’t sell them because, well, the collision of candy and alcohol isn’t the best thing when you’re shopping with kids. That said, selection ain’t what it used to be. All I could find for my ill-thought experiment was Turin Brand Kahlua Chocolates. Basically big milk chocolate domes filled with some oozy sweet Kahlua spiked goo. Christmas dream come true.

When I bought three bags, the liquor store owner also gave me a weird look, as if nobody’s ever needed 36 Kahlua-filled chocolates at 11am before. But he also had no idea about the noble experiment I was embarking on. 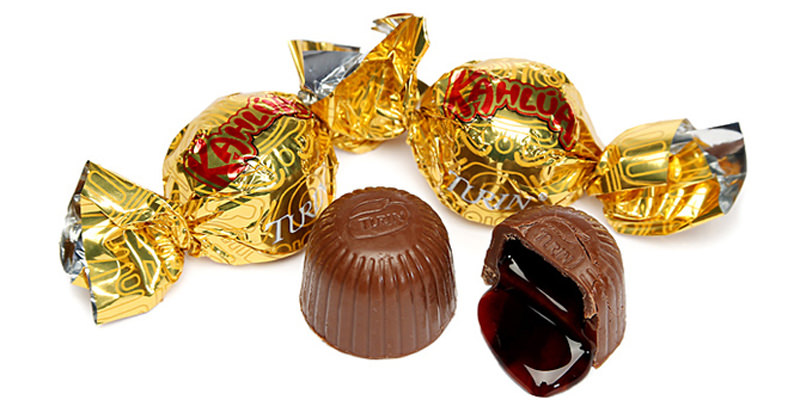 Strangely the ABV info wasn’t on the bag—that seems kind of illegal? But the bag does say, “Suitable for Adults Only” (as opposed to the Kahlua-flavored, distinctly alcohol-free chocolates I found at a nearby Duane Reade). But with a little bit of research I found an Australian marketing and importing firm that claims a) “Consuming a single Turin liqueur chocolate will not raise your blood alcohol level in any significant way.” And b) “Kahlua chocolates contain 4% alcohol or 0.4g alcohol per 10g piece of chocolate.”

There are 12 chocolates in a 120 gram bag, so we can easily deduce—before our third chocolate—that each chocolate is in fact 10 grams. Meaning every candy I eat is as strong as a session beer? The difference, of course, between a session beer and some 4% ABV chocolates is that with a beer, you’re basically just getting booze. Here, my stomach is slightly fortified (and mildly terrorized) by the addition of rich, fatty milk chocolate. Plus so very much sugar.

The flavor, to be fair, is pretty good, especially if you’re a fan of Kahlua (I’m no Jeffrey Lebowski, neither Jeffrey Lebowski actually, but I like a nice White Russian now and then). And the liqueur booze goo (is there a better industry term for that) is pretty packed in—it’s not just a token drop, more like a chocolately adults-only Gusher.

Booze candies 1 through 3 are easy enough to stomach. In fact, I’m pretty sure everything’s going to be just fine…

Booze candy 4 feels like a decisive moment. Like they must have felt in Thelma & Louise—you make a bold choice, there’s no going back.

Candy 6 is where I know I’m making a big mistake, but the buzz is nice enough that I’m fully willing to make that mistake. 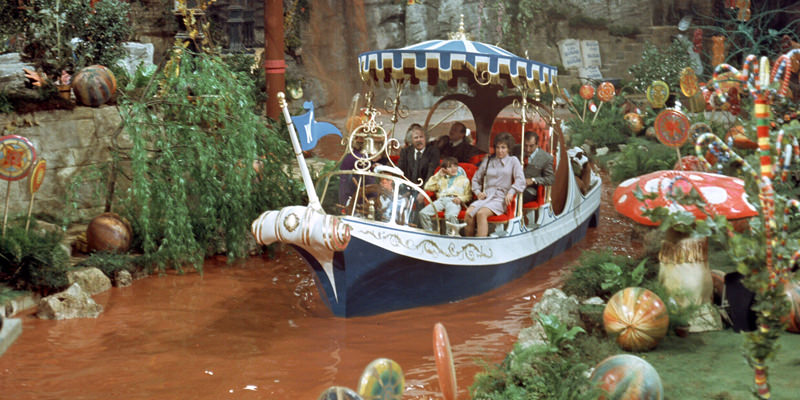 OK, eight candies in, the sugar’s giving me some freaky ideas. In fact, if I didn’t feel like I was drowning in the chocolate river from Charlie and the Chocolate Factory, I’d probably try to use this energy for something amazing? A mild buzz (mild, but there) and a saccharine high is kind of the perfect motivation to do some last minute holiday shopping (of course my sister would love a Kanye-approved fur coat).

I eat candy 9, but only after watching “Hello” two times, just to make sure it was still incredibly depressing.

Candy 10 feels like I’m drunk, since in theory I’ve consumed 40% ABV, but it doesn’t feel the same as if I’d had the same quantity of bourbon or Scotch. In fact it feels pretty terrible. Which, I know, is incredibly surprising.

Candy 11, I’m gonna make some changes in my life. Starting with a few push-ups to work off all this chocolate.

I console myself for only being able to do 3 buzzed push-ups with Candy 12. Then I chuck the other two bags.

Maybe to no one’s surprise at all, there’s no good way to get a buzz on liqueur-filled candy. The fat and sugar just messes you up too much—and not the way SoCo can mess you up. It’s like eating a bunch of cake icing and then doing a few shots. Why combine these experiences???

Maybe now I know why there aren’t as many chocolate liqueur candies around anymore. Just like when we all realized that fat free chips were a terrible idea.