Single malt or blended, Islay or the Highlands, unpeated or peat bombs, Scotch whisky can be an intimidating category to jump into. However it’s that very complexity that inspires a devoted cadre of drinkers to keep exploring the nuances of its various incarnations.

To find out which Scotch whiskies should be on any drink enthusiast’s bar, VinePair asked experts to name the brands they love. While most of the suggested products hail from Scotland, the whisky’s only true country of origin, some experts swear by single malts that are distilled in less traditional locations, such as the United States and Japan.

Keep reading for a list of bottles that show the spirits’ diverse range and potential, as well as a collection of Scotch cocktails not to be overlooked.

Every Scotch Lover Needs This Shirt

The Best Scotches Recommended by Bartenders

Keep reading for details about all the recommended bottles! “I love Balvenie. They have four single-malt Scotches, but my favorite is the 14 year Caribbean Cask. Simply neat or a splash of water is all you need to enjoy and admire the different aromas. There’s a slight hint of sweetness that comes through from the vanilla and fruity notes, making it enjoyable for the new Scotch drinkers out there.” —Justine Tellez-Santangelo, Bartender, Council Oak Steaks & Seafood at Hard Rock Hotel & Casino, Atlantic City, N.J. “The Scotch category is vast, with so many subcategories. It’s very difficult to pick just one, as you want the right tool for the job. You could truly have a different Scotch every night for several years and not end up doubling back. It’s a category that has been mastered by the producers, and there is so much good to be had out there. When it comes to single malt that is pretty easy to find, I love Oban 14 Year. While perfect on its own, it also performs beautifully in a stirred, spirit-forward Scotch cocktail. Lots of complexity, without any one flavor note being a sledgehammer. Now we need to talk about the right whiskey for Highballs, and shaken cocktails, and fireside sips, and special releases, and barrel finishes…” —Charles Joly, World-Champion Mixologist & Co-Founder, Crafthouse Cocktails, Chicago “When it comes to Scotch, I’m not typically the mixing type. I am a Scotch-and-cigar-with-an-intellectual-conversation kind of girl (even though I’m not a smoker). That said, I want the biggest, boldest, peatiest flavor out there, and the only Scotch that fits this bill is Octomore. They have patented how they incorporate their peat, and it is not for the faint of heart. Octomore is the perfect sipper on a chilly winter night.” —Ashley Brown, Assistant General Manager, Dot Dot Dot, Charlotte, N.C. “My Scotch go-to will be Monkey Shoulder, for any occasion. It is a beautiful and very versatile Scotch whisky. It is the result of the blend of only malt Scotch whiskies from three renowned Speyside distilleries. It is rich and smooth and great on its own, but I find it also ideal as a mixing whisky for cocktails.” —Benoit Provost, Head Bar Manager, The American Bar at The Stafford London, London

“I love Monkey Shoulder. This blended Scotch is easy-drinking on the rocks or neat with a ton of complexity, but also mixes incredibly well. It can stand up to the ginger and honey in a Penicillin, but is also sturdy enough to stir into spirituous drinks like a Tattletale or Death and Taxes.” —Drew Johnson, Head Bartender, The Musket Room, NYC 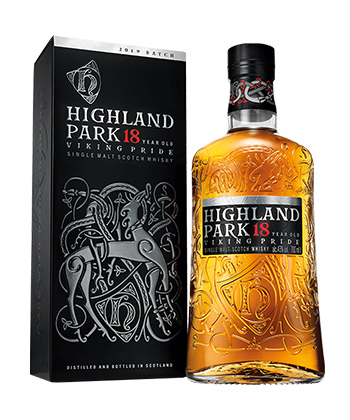 “When it comes to Scotch, I’m a big fan of peated Scotch whiskies, and specifically everything that comes from the Islay region. Laphroaig 10 Year is my go-to Scotch. If you have never tried it, it is definitely a peat bomb, with a very smoky aroma and taste at the very beginning. But if you give it a chance, there are a lot more aromas and flavor behind that wall of smoke that will surprise you after every sip.” —Damian Langarica, Head Bartender, a.bar, Philadelphia “Tend to go Islay — I like to know I’m drinking Scotch. Lagavulin and Scapa are two of my favorites. I still have a bottle of the discontinued Scapa 16 that I’ll dip into for special occasions.” —Noah Bush, Mixologist and Co-owner, Hodge’s Bend, Tulsa, Okla. “If it’s a casual weekday, I will probably go to Classic Laddie from Bruichladdich. It’s a fair price point for good Scotch, and it drinks nice and smooth. On a special occasion, hand me the Balvenie 21 finished in portwood casks – YUM!” —Kristel Poole, General Manager, Corpse Reviver Cocktail Bar, Durham, N.C. “The artisans at Bruichladdich are using the same machinery from the Victorian Age, but with modern, ingredient-focused sensibility. They reflect on the history of the craft, while pushing the envelope forward. The Laddie Ten is a rare, unpeated Islay with elegant notes of warm fruit and flowers.” —Chris Keller, Bartender, Osaka Ramen, Denver “Highland Park 12 year is a great everyday Scotch. This is a great warm-weather Scotch that is very well balanced [with] just a touch of peat, fruit, and heather. For a special occasion or a cigar, Samaroli has a great single cask from Ledaig, with well-integrated, bold peat with a bright youthful tension from long aging in a cool climate.” —Pete Stanton, Head Bartender, Ai Fiori at The Langham, New York, Fifth Avenue, NYC “My all-time favorite Scotch is Edradour 10 year. It’s a single-malt Highland Scotch, so not a lot of peat on this one, and because it’s aged in oloroso Sherry and bourbon casks, it has more layers and complexity than a typical Highland Scotch. This Scotch is so great on its own and doesn’t need more than a single ice cube to be enjoyed for all that it is.” —Courtney Rose, Bar Director, Gigi’s, Los Angeles “I have a fairly new favorite on my Scotch list: Naked Grouse. I had it for the first time about six months ago, and I’ve gone through a few bottles since then. Naked Grouse is a blended malt Scotch that is finished in oloroso sherry casks. Need I say more? It’s so complex, it blew my mind. Nutty, citrusy, sweet, and spicy all in one sip.” —Allen Parker, Bartender, Good Word Brewing, Duluth, Ga. “My go-to Scotch would have to be Yamazaki 12 Year Japanese Whisky. It’s up there in price but worth every penny if you can get your hands on it. This expression from Suntory gives you a very pretty Japanese oak upfront, coconut and butter on the palate, with a touch of ginger and a long finish.” —Daimien Weems, Bartender, Bar One Fourteen, Indianapolis “While typically I am a purist when it comes to Scotch, we are currently focusing on all New York State products at Torch & Crown. This brings me back to one of my favorite producers, Hillrock. I fell in love with this single malt when I went up to the distillery with master distiller Dave Pickerell. They grow and malt their own grain in-house, smoking it over peat. It’s complex, with notes of cinnamon and layers of caramel and vanilla wrapped around a leather, smoky background.” —Bill Brooks, Beverage Director, Torch & Crown Brewing Company, NYC