From the ads to the (virtual) watch parties, it goes without saying that the Super Bowl is a big day for beer. Arguably, beer brings Americans together on Super Bowl Sunday more than the game itself: No matter what team you’re rooting for, you’re probably doing it with a beer in hand. After all, nothing goes better with Buffalo sauce, nachos, chili, chips, and dip. Besides, something low in alcohol and easy to drink is ideal to make it through the fourth quarter.

Whether your brew of choice is a macro lager or a homebrewed sour ale, beer is the obvious choice for cheering on the team (or The Weeknd, if you’re tuning in for the halftime show).

Looking for inspiration for your beer haul? We asked brewers around the country what they’re planning to crack open on Super Bowl Sunday. From Kansas City to Tampa and beyond, read on to find out what beer pros are reaching for.

The Best Drinks for Super Bowl Sunday Recommended by Brewers “I love drinking (and making) hop-forward beer, so I’m sure I’ll have some BKS IPAs in the fridge to open during the Super Bowl. However, after a couple of IPAs, palate fatigue is real! I usually switch over to lager after a few IPAs. Without a doubt I’ll be drinking Helles lager from local brewery KC Bier Co. during the Super Bowl. It’s a super-clean, crisp, pale lager, and has that perfect, subtle Helles malt character of biscuit and honey that’s balanced by the right amount of hops. It also goes great with all those cheesy snacks and grilled food items we have around during the Super Bowl.” —Brian Rooney, Co-owner and brewer, BKS Artisan Ales, Kansas City, Mo. “Being from New England, and a Patriots fan, watching Tom Brady lead the Buccaneers to the Super Bowl this year has been bittersweet. I am excited for him (and Gronk) as well as the city of Tampa. Watching football, I tend to grab something light, refreshing, and crushable; something I’d drink at a game. Enter House Lager from Jack’s Abby Brewing. This beer is crisp, clean, and pairs well with all tailgating favorites, but can also stand on its own. Light caramel sweetness and fresh-baked-bread maltiness balanced with grassy, floral hop notes. Looking forward to watching the big game and opening quite a few of these!” —Mark LaPierre, Brewer and Operations Manager, Cigar City Brewing, Tampa, Fla. 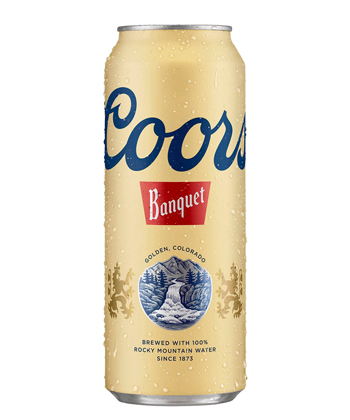 “My approach to brewing (and drinking) is balance and drinkability, so you better believe I will have some Coors Banquet in my hand, and a cold one on deck in the fridge. (And yes, I did say Banquet, not to be confused with its clearly favored sibling Coors Light.) I ebb and flow with my love and insatiable cravings for hoppy beers, and right now I can’t get enough of them. Revision Brewing out of Sparks, Nev., for my money makes hands-down some of the best IPAs in the country. While I love sipping on their higher-octane offerings, I will be reaching for their OG, Revision IPA. The balance, drinkability, and expression of hops is just what I will need to wash down the game-time snacks. —Max Shafer, Brewmaster, Roadhouse Brewing Co., Jackson Hole, Wyo. “I’ve been diggin’ our new neighbors Athletic Brewing Co.’s non-alcoholic options recently. They dropped off a case last week and I was blown away by how their Free Wave Double Hop IPA tasted so piney, honey-like, and citrusy. I’ll definitely have a few of those while I watch Tom Brady get trampled by the new GOAT, Patrick Mahomes.” —Greg Garrity, Head Brewer, Saint Archer Brewing Company, San Diego “Something on the lighter, refreshing side like our LA Blonde and/or domestic lagers, like PBR. My belly is already full of game-day snacks and food, so I just want something crisp and easy to sip on while hanging out on the couch.” —Layton Cutler, Head Brewer, Angel City Brewing, Los Angeles “That Sunday is all about sessionable beers. I’ve always loved to host parties (I miss hosting people) for the big game and usually start drinking while cooking and getting things prepped, so I tend to stick to low-ABV pilsners or lagers. A solid choice is Weihenstephan’s Original Helles — but any session-worthy beer will suffice. Our Mermaid Pilsner is also a great option, especially if you need to be to work early the next day. Which brings me to my next point — why isn’t the big game on a Saturday!?” —Jim Betz, Head Brewer, Coney Island Brewery, Brooklyn “I will be drinking Fine Acre by Allagash on game day. I love Allagash Brewing’s ethos and also their beer. This super- crisp and refreshing organic brew is a great sessionable brew, but has enough complexities to keep me engaged.” —John Walker, Co-founder and Head Brewer, Athletic Brewing Co, Stratford, Conn.

“I’d say I’ll spend it eating and drinking per the TB12 Diet book, or drinking sparkling water since this matchup is so bland, but that seems obvious and nobody wants that. Really, nothing says ‘game day’ for me more than walking out of a liquor store with a suitcase of beer cans. So if it’s going to be a macro brew, then there’s really only one choice: Coors Banquet. Besides it being the absolute best mass-produced lager, it’s the perfect beer to pair with anything you’re eating on game day. And on the plus side, it’s not a big deal when it spills on your couch after a vigorous high five. Of course, we’ll all be by ourselves in our living rooms, so it’s really about when the cup drops from your hand after falling asleep in a food coma because you had nobody to eat those nachos with. —Jeff Smith, Co-founder, LUKI Brewery, Arvada, Colo. “I’ll be going with two of my go-to styles, pilsner and session IPA. Fortunately, I live close to world-class producers of each. I’ll be starting the game with some Slow Pour Pils from Bierstadt Lagerhaus, and around halftime I’ll be switching to Trump Hands Session IPA from Cannonball Creek. Both of these are under 5 percent ABV, so I can have a few, and they’ll both pair wonderfully with some pizza and Buffalo wings.” —Dave Bergen, Director of Brewing and Marketing, Joyride Brewing Company, Edgewater, Colo. “I’ll be switching between two roughly 5 percent ABV saisons, Stillwater Extra Dry and Allagash Kurkuma. I love that they both have a dry finish so they’re endlessly drinkable, but they have more interest and flavor than what is typically available at a Super Bowl party. Since they both have subtle spice notes, they also liven up typical football-watching foods, like nachos or chicken wings.” —Mandy Naglich, homebrewer and Advanced Cicerone, NYC “My go-to football beer is a classic Bavarian-style pilsner, and there is no finer example than Victory’s Prima Pils (#supportlocal). However, I’m 100 percent sure there will be an Autumn Arch ‘Newark State of Mind’ on deck for the second half. Go Chiefs!” —Daniel Vennard, Co-founder and Brewer, Autumn Arch Beer Project, Newark, Del.