Most of us know Labor Day as one of the two bookends of summer — arguably the more depressing one since it marks the unofficial end of a season of suntan lotion, chlorinated hair, and flip flops with just about every outfit.

The actual history of Labor Day has nothing to do with barbecues or intoxicated games of cornhole. The holiday originated during one of the most acrimonious periods between the American worker and the federal government, with the Industrial Revolution forcing workers (including children) into incredibly long workdays for very low compensation. Labor unions sprang up to advocate for the workers, but it took several strikes and deadly riots before Congress officially recognized Labor Day, as the first Monday in September, in 1894. It was both a symbolic gesture toward unions and a definitive sign of the progress of the American worker in successfully challenging the government.

So, yeah, maybe it’s not so inappropriate to kick back with a celebratory drink or two this Labor Day weekend, especially if you’ve ever worked long hours, been under-compensated, or stood up for what’s right in the context of an oppressive work environment complete with a terrifying, Devil Wears Prada-esque boss. Don’t worry, most of the drinks are pretty simple to make, since no one wants to work that hard on Labor Day. 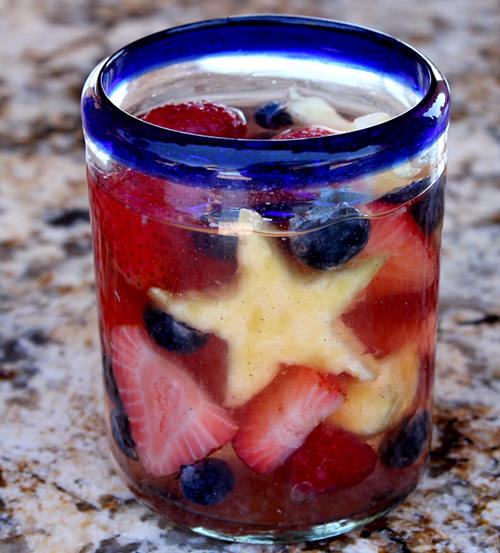 Labor Day is a distinctly American holiday, which is why you should be drinking this liquid American flag (as long as that’s not a federal crime.) Blueberries, strawberries, and pineapple chunks supply the color, while Sauvignon Blanc and vodka provide the kick. Been a long, boozy summer. A slightly lighter drink like this one — fresh fruit plus a mix of Prosecco and kombucha — might be the right move to toast it goodbye.

Vodka and Watermelon Cooler from DineandDish.com Watermelon may be the iconic summer fruit. Sometime deep in January, you’ll remember this easy, ultra-summer cocktail and feel all tropical and warm, and quite possibly contemplate moving to wherever watermelons are available all year long. Hibiscus is maybe second only to watermelon in terms of instant, summery refreshment — with a bit more pucker. The best thing about this cocktail: you just need a jar of hibiscus jam plus some rum and plenty of ice. Hopefully this isn’t the first lemonade cocktail of your summer season, though it may be the most complex, complete with a cardamom-saffron simple syrup. A bit more prep, sure, but you deserve to end summer in style.

The Cocky Rooster from TheKitchn.com And what’s more refreshing than a spicy beer cocktail? This is a kind of variation of the Michelada, except the heat source here is Sriracha, plus some added umami depth from Maggi sauce (you may be able to find it in Asian markets). 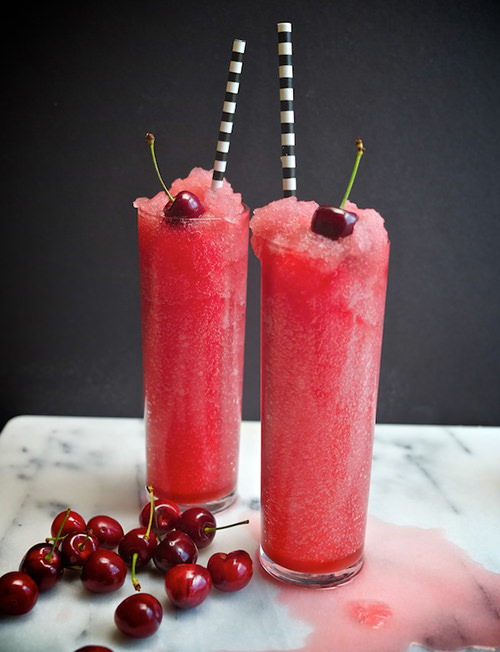 We’re hearing a lot about wine slushies these days, but you can make a great boozy slushie with just about anything. This recipe is is actually spiked with vodka, plus ginger ale and fresh cherry juice. High-ABV childhood nostalgia. 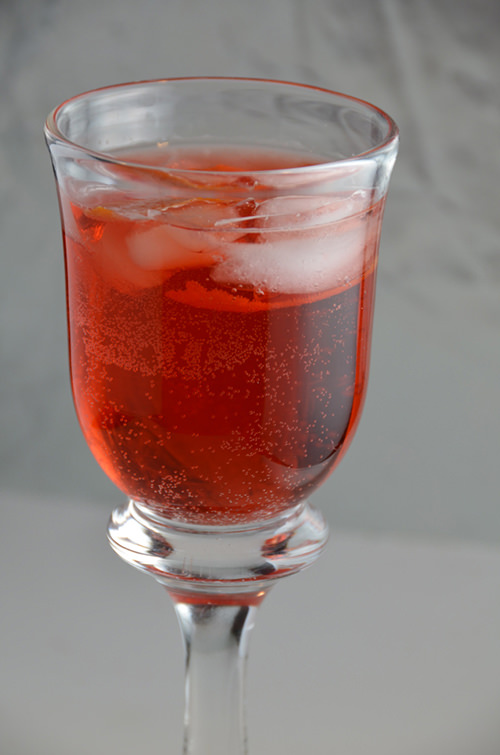 What better way to celebrate Labor Day than with a country named after Americans? Yeah, it originated in Italy, but it turned out we Americans loved the Campari, Vermouth, and soda concoction so much, they named it after us. 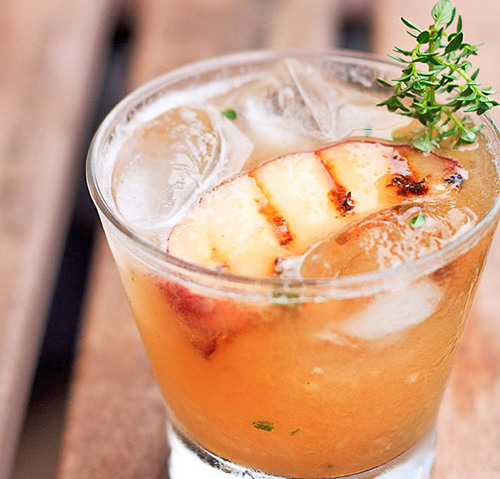 Bourbon and peaches. Summer in liquid and solid form, respectively. And since you’ll probably have the grill out for Labor Day, it’ll be easy to just chuck a few peach slices on the grill. This may be the ultimate Labor Day cocktail — two for one, with minimal effort. Sure, you gotta buy some cream of coconut and pineapple juice, but then it’s just a matter of chucking all the ingredients into a blender and kicking up your heels. Your work here is done.