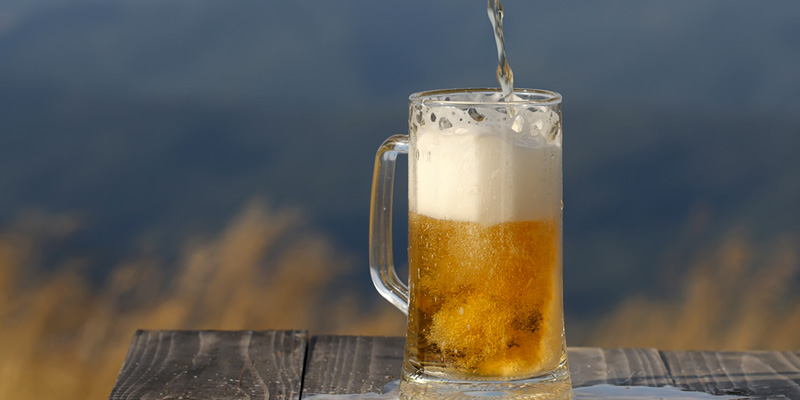 Working on the farm isn’t what it used to be, what with all of the fancy newfangled industrial equipment and commercial-sized plots of land. Drinking like you’re on the farm, however, is still possible, thanks to farmhouse ales.

A farmhouse ale is not a single style of beer. It’s actually a broader category of styles. It can be a saison, bière de garde, gueuze, or sahti. In general, a beer that falls under the farmhouse ale designation will have a bit of a funky flavor, kind of like wet hay or earth. It will also be tart, like an unripened strawberry, and leave your mouth crisp and dry. Other than that, the possibilities are endless.

When Phil Markowski, current brewmaster at Two Roads Brewing and author of “Farmhouse Ales,” asked Belgian brewers to define the style, he was told it should be something that’s dry, but not too dry, a brew for the season, and something special. Not exactly style-defining characteristics, but that’s part of what makes farmhouse beers so fun; you don’t always know what you’re going to get.

The variety in farmhouse ales comes from the hard truth of what farming life used to be like. Farmhouse ales are traditional summer beers in France and Belgium that were made in the winter and drunk throughout crop planting, maintenance, and harvest. Beers were given to seasonal workers who tended the crops, or the “saisonniers” in French, so it wasn’t made with top-shelf ingredients people sought out. It was made with natural yeast and the leftover crops that didn’t make it to market the previous year.

Over time, war and shifting ownership of land split the homeland of farmhouse ales. Two primary styles stole the show: The Belgians stuck with saison, which means “season” in French, for its hoppy, crisp, tart, and sessionable qualities. The French brewed more bière de garde, which means “beer to keep” in French, and it’s got more earthy, funky, and slightly sweet flavors.

When the farm life stopped being as popular, people stopped drinking as many farmhouse ales. The style could have been lost, but the craft beer movement saved it. Today, craft breweries have revitalized and updated the style for the new beer crowd: city dwellers looking for something they haven’t tried before. While modern farmhouse beer isn’t brewed for the benefit of seasonal workers on the farm, the taste is enough to make you reminisce about a simpler time on a hot summer day, no matter where you drink it. The variability in the style means you don’t always get what you want, but if you try sometimes, you’ll find the style you need.