There was once a magical era, glazed with golden sugar and dotted with brightly-colored marshmallows. Saturday morning cartoons were a gilded institution, healthy food initiatives held no power, and computer animation was bodacious. The ’90s was a golden era for cereal mascots.

Now, let’s be clear. It’s good that the targeted advertising of nutrient-barren cereals toward tykes has been curtailed. And Saturday mornings should be a time for kids to run outside and play, not to lie prostrate in a heap of puffed rice and corn syrup.

But what about the mascots?

The heyday of cereal box heroes as television superstars is over, and that’s got to be really depressing for them. Some are probably in therapy, nursing their wounded egos. Some might be in a bar, nursing a breakfast beer and fighting the tears of defeat.

Still, whether we picture these sugary saints of cereal toasting to their neon-hued successes of the past, or clutching to a bottle like it holds the last drops of their careers, the question is: what are their drinks of choice? 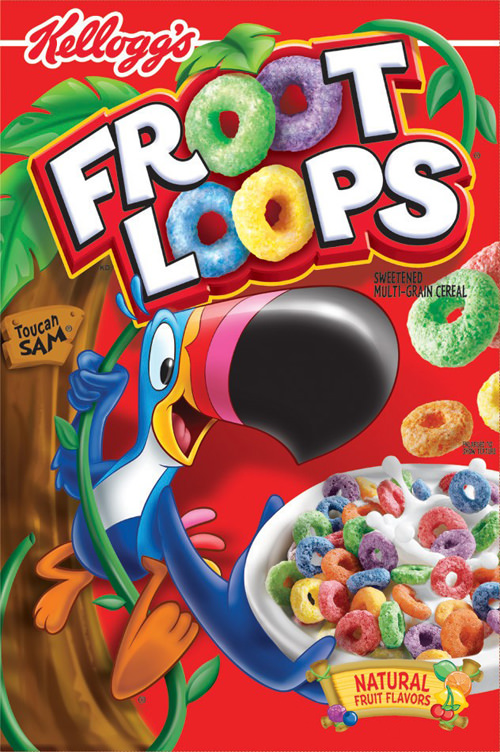 Much like the Guinness Toucan, our man Sam hails from the U.K. But unlike his Irish cousin, this British bird isn’t after a pint of dry stout. He only follows his nose to the fruitiest flavors, tracking down multi-colored loops like a rainbow-beaked Sherlock Holmes. Three skinny dudes with flouncy hair, quirky hats, and funky thrift-store style. They’re the original hipsters. They love their light-as-air, easy-eating cereal, the kind you can have five bowls of and not feel full. 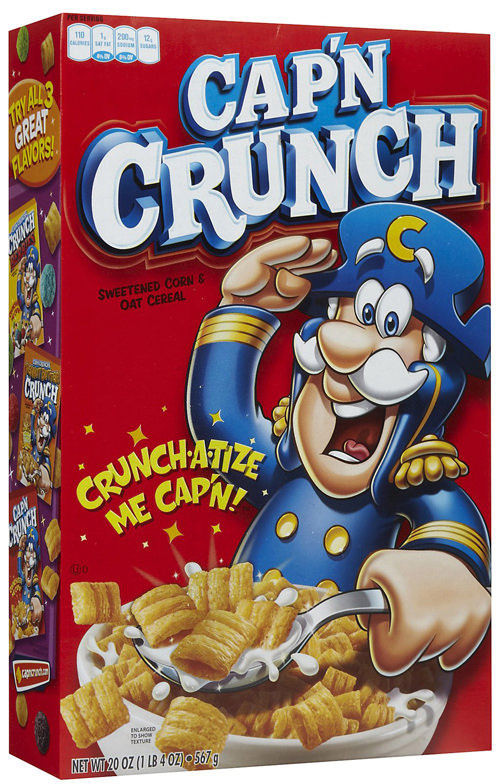 You might think the Cap’n is reaching for rum, but he’s no pirate. In fact, that blue outfit and cocked hat conjure a French naval captain. And here’s a fun fact: his cereal is supposed to taste like brown sugar and butter over rice.

That sort of seafaring Parisian decadence calls for a few bottles of White Burgundy. It’s hard to say whether Sonny has an attention disorder or a full-blown addiction, but one thing’s for sure: when Cocoa Puffs are around, that’s all he can think about. When he tries to focus on something else, tiny kids appear, dancing like demons, taunting him off the cereal wagon.

He’s soaked in absinthe, lost in the hallucinations of little green fairy children and cocoa dust. 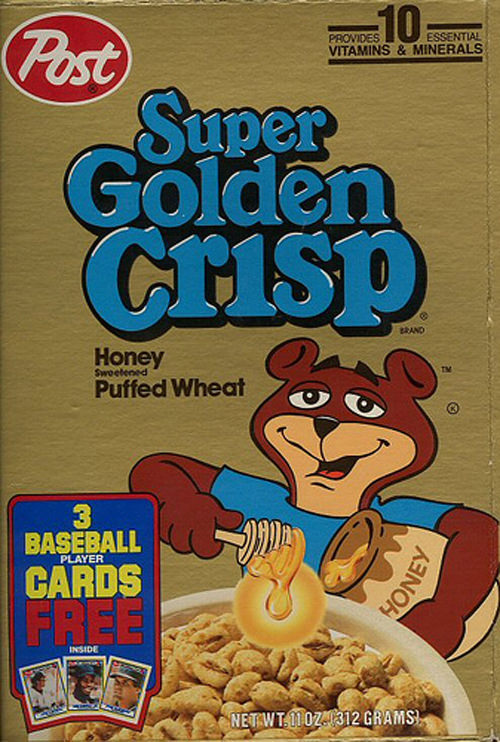 Sugar Bear is a smooth, jazzy singer with a buttery baritone voice, straight out of a swanky cocktail lounge. He’s also a woodsy, burly guy who can take down anyone in a fist fight—after a few handfuls of Golden Crisp. And he really, really loves sugar.

This bear definitely sips on an Old Fashioned between songs—and between bites. Cinnamon Toast Crunch has gone through an array of great advertising campaigns, but Wendell the Baker will forever remain in our memories. One part breadmaker, one part crazed mad scientist, you can bet he’s got a solid home-brew setup in his basement.

Rumor has it that his cinnamon porter is particularly tasty. It seems obvious: Buzz drinks a Bee’s Knees, a Stinger, or some honey wine, right? Wrong. This intrepid insect lures us in with both honey and nuts, which sets his recipe apart from every other honey-laden cereal out there.

That’s why Buzz goes for the nutty, surprising goodness of amaretto. Besides, his name is Buzz…he’s cliché enough already. Don’t box him in. Poor rabbit. A failed con artist and monomaniac who wants only one thing: to eat his beloved Trix cereal. But those xenophobic children won’t allow it, claiming that Trix are for kids—not lowly rabbits. They ostracize, humiliate, and starve him.

Trix soaks his sorrows in goblets of sangría, because fruit floating in wine is the closest he can get to Trix floating in milk. Good ol’ Tony loves sports, positive energy, and the sweetness of winning. Let’s face it: he’s a bit of a bro, but he’s also a motivational speaker with the grrreatest two-word catch phrase ever. Any underdog kid who crunches on Frosted Flakes finds the inner power to get back on the court and triumph.

Tony pounds vodka and Red Bull like it’s water. How else could he stay so upbeat? No frog has ever been so radical, so retro, or so in love with honeyed puffs of wheat. Even though Kitty is constantly trying to steal his Smacks, Dig ‘Em doesn’t want to get hopped up—he just wants to smack you a high five and chill out, man.

You’ll find him relaxing with the mellow, wheaty goodness of a hef. And he’s got one for you, too. Lucky doesn’t have much time. Or much gold. There’s a thieving band of kindergartners hunting him down to steal away the one thing in the world he can call his own: his magic charms. If he could just find a dark dive bar to hide in, maybe he could enjoy a few hours of peace and some cheap drinks.

He can’t stop to enjoy a proper pint. He’s gonna guzzle Goldschläger straight from the bottle, and hope he can get a buzz on before the little bandits arrive. The Count is all about deep, dark indulgence—his bowl is filled with both chocolate AND marshmallows. High up in his castle, under flashes of lightning, he craves a little something to pair with his toothsome, treasured treat.

He, of course, pours himself a nice glass of thick, sweet, blood-hued port. And laughs into eternity. Crazy Craving is apparently the name of that weird rat-creature who runs around screaming “ME WANT HONEYCOMB!” while generally causing a scene. No one knows where this lunatic came from, but he’s ready to party with anyone he meets. He’ll even get the next round.

But it’s tequila shots or it’s nothing.