We know the most common disclaimers associated with alcohol consumption: Don’t drink and drive. Don’t drink while you’re pregnant. Don’t drink and text your ex. Those are a few obvious ones, but there are some seemingly harmless beverages you might not realize can be dangerous. We found at least 5 drinks you might want to avoid. Side effects range from poor decision making skills to blindness and possibly death. Now aren’t you glad you stopped by VinePair today? We’re saving lives here!

Alcohol and energy drinks, on their own, are not too bad for a person in moderate doses, but when you mix them together it can really mess with your head. Alcohol makes us feel drowsy. That’s the body’s way of saying it’s time to close out the bar tab. The CDC says when you use energy drinks as a mixer, the caffeine (or other stimulants) in them can mask the effects of the alcohol — making you think things like ‘I’m totally fine to drive!’ when you’re really not. Look at you trying to cut some calories from your favorite drink! You’re obviously very health conscious, but research shows the extra calories in regular soda can be helpful during a night of drinking. The calories in a regular soda may delay your stomach from emptying, releasing the alcohol slowly into your bloodstream. That’s just a theory to explain why participants in a study who drank diet soda cocktails had 18% higher blood alcohol levels than people who had regular soda cocktails, and 18% can be a significant difference when it comes to ‘legal limits’ and all that stuff. Go with the sugar here. Your trainer will forgive you. Having a Vaportini might be one of those ‘When in Rome…’ things you do when you’re in Chicago, where it was invented. If you haven’t heard, it’s basically a glass contraption that captures the vapor of heated spirits so you can smoke alcohol instead of drink it. But you might not want to join the cool kids on this trend. One doctor said alcohol vapor bypasses the liver (which helps you detox from it) and goes right to the brain (which cannot rid the body of alcohol). Basically, it can cause you to get drunk quickly and sober up not so quickly. No bueno. 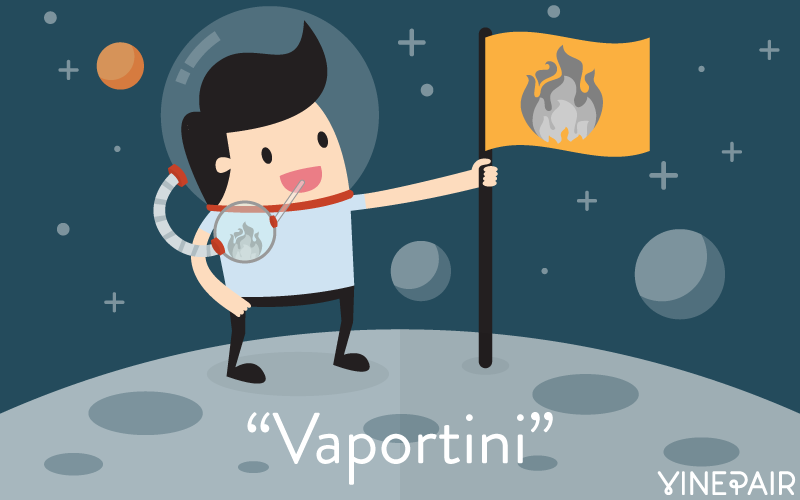 This list wouldn’t be complete without the spirit that is illegal to sell (but not necessarily possess) in 14 states. Louisiana is NOT one of those states as evident by how many Tropical Isle Hand Grenades you see being consumed on Bourbon Street in New Orleans any given night. Enjoy your drink though, because there’s not enough grain alcohol in a Hand Grenade to do you much harm. The danger is in grain alcohol all on its own. Aside from how quickly a brand like Everclear straight-up will get you smashed, the fact that it’s 95% alcohol makes it highly flammable. When you’re really drunk you might forget how really dangerous an oh-so-satisfying cigarette can be in the moment. Moonshine (or other bootleg spirits)

You might know someone who makes homemade wine or beer. Those are great friends to have, but if you’re going to try a friend’s homemade moonshine you better have complete trust in that person to know what they’re doing. The 2 biggest concerns about this spirit are death and blindness and they both come down to the same ingredient: methanol. Methanol gets released from moonshine during the distilling process, but some overachievers collect it and add it back in to make their swill stronger. It doesn’t take much methanol to damage your optic nerves and make you go blind. Now, if the blindness doesn’t turn you off and you keep drinking you’re probably going to die. Plus, if this moonshine mill uses a truck radiator in the distilling process (which might sound crazy to a normal person, but is quite a common practice) then you have lead poisoning to worry about too. You can read all about the fun time 8 people in Alabama had after they drank moonshine allegedly made this way. We just want to remind you this article was meant to inform and protect. This was not meant to be a challenge you throw out to your friends to see who has the highest alcohol tolerance. Unfortunately, dumb ideas can be a byproduct of such information…even if the reader is sober.