Hops are the beautiful, bitter little buds that fuel our brews. They tame the sweetness of malty brown ales, and stoke the fires of burly IPAs. But did you know that this cousin to cannabis has many other uses? It’s quite the dynamic plant, with a range of benefits—and some seemingly mystical qualities. There might even be more unknown and untapped resources hidden in these powerful cones, but for now, let’s cover what we do know.

Just What The Doctor Ordered There are several folk medicine applications for good old Humulus lupulus. Some are perhaps more tested than others, but all are potentially awesome.

We’ve mentioned before that a little IPA on your pillowcase might be the magic key to a better night’s sleep. In fact, back in the day, people would go so far as to stuff an entire pillow with dry hops to combat insomnia, promote deeper slumber, or to reduce anxiety disorders. The next time you’re slamming a few pints, and your friends mention that you’re looking sleepy, just tell them: it’s science.

When steeped as a tea, hops can aid in digestion, due to their anti-inflammatory and anti-spasmodic effects. That’s right, just as they can calm your mind for bed time, they can also soothe your stomach for dinner time. Hops are used as an herbal remedy for ulcers, IBS, and Crohn’s disease, so it’s no surprise that a good meal is made even better when paired with a good beer.

Now here’s where we really put on our hop-stained lab coats. Hops contain phytoestrogens, the estrogen-like compounds found in several plants such as soybeans. The jury’s still out on the possible benefits, but there is research in progress to investigate whether hops can help to mitigate menopausal and menstrual symptoms. Could cold beer be the tonic for hot flashes? We’re not sure yet, but here’s hoping. The Romans accomplished a lot. They built a massive empire, invented aqueducts, and pioneered new medical tools and techniques for the field of battle. Also? They were known to cook and eat the young shoots of the hops plant, just like asparagus. Now, we can’t prove that this was related to the prolific advances of ancient Roman civilization…but some extra veggies in your diet can’t hurt.

There are many other ways to get hops onto your menu. Next time you’re chopping up the tomatoes for some delicious bruschetta, here’s a thought: instead of basil leaves, try tossing in some fresh hop leaves. Chef Ian Knauer even has a lovely recipe for you.

We all know a cold one pairs well with a burger and fries. It’s basically undisputed. But let’s kick that up to the next level by actually adding hops to the plate, as well as the glass, with these hop-seasoned curly fries, complete with hopped malt vinegar.

If you really want to go old school, though, The Farmers’ Museum has a 19th century recipe for yeast cakes that feature hops as a key ingredient. After you make these bad boys, hand-churn some fresh butter and show all your friends just how rustic you really are. 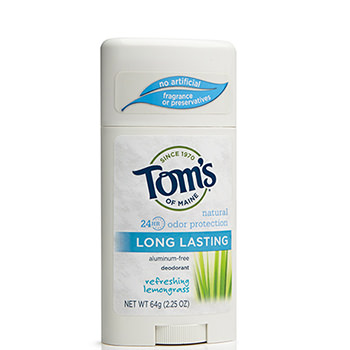 The shoots of the hops plant are very high in fiber. So much so, that they can be pulped and made into rudimentary paper. Maybe it’s not the best choice for your photo printer, but this could make a pretty impressive gift for the beer-lover in your life.

Do your barnyard creatures suffer from tummy aches? Hops just might be the answer. Just as their antibacterial properties can help human digestion, a little hops in the animal feed can ward off microbial intruders for livestock, too. It’s not recommended to use leftover beer for this purpose, though. A barnful of tipsy bovines will not make your week any easier.

Speaking of antibacterial strength, hops is the primary active ingredient in Tom’s of Maine’s natural deodorant. Yes, you can actually fight off B.O. with hops. And it doesn’t stop there.  “Hop” on over to the Czech Republic and spring for a full-on beer bath, where you can experience the dermatological detoxification of complete hops immersion.

If you’d rather keep the plant life out of your bathroom, keep it simple and plant some hops in your garden. They make a great piece of decorative landscaping, because their bines (similar to vines), are able to climb like ivy. Hops are perennial, easy to grow, and as you can see, have a wide variety of uses. Imagine sipping an icy ale on a hot weekend, as you lounge under the shade of your own hops plants.

Still, at the end of the day, we can probably all agree that the greatest use for your hops remains unshaken: it’s beer’s best friend. Even if you never add it to your salad or rub it on your skin, it’s a pretty amazing piece of foliage. And if you’re planning to make your own beer for an upcoming party, won’t it be all the more impressive with some home-grown hops?!