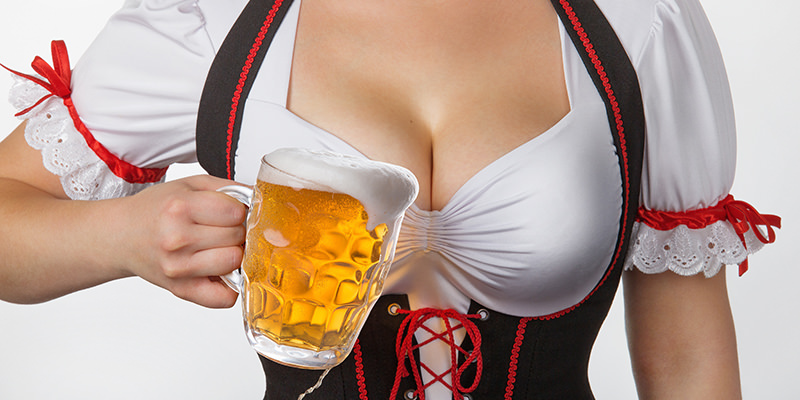 When I was younger, I used to do exercises I learned from Judy Blume books to make my boobs grow. Turns out there’s a more efficient, less chant-based tactic for getting your breasts tor grow: drink beer.

Hops, one of four central ingredients in beer and the one responsible for adding flavor, comes from the female flower cluster of the Hops plant. It’s a phytoestrogen–or a plant-based estrogen–that’s been used to treat health issues including menopausal symptoms, insomnia, and digestive conditions such as IBS and ulcers (the bitterness helps with digestion by stimulating bile secretion). The specific phytoestrogen is called 8-prenylnaringenin, and can be found in some breast enlargement products.

The good news for breast-enhancement seekers is that, according to a study at the National Center for Biotechnology, the phytoestrogens that are found in hops are indeed detectable in beer. However, the same study states “the levels are low and should not pose any cause for concern.”

Little do they realize we’re hopeful, not concerned! But don’t despair, there is reason for hope: according to Grow Breasts Naturally, “some women have reported feeling tingling and/or fullness in their breasts the morning after drinking beer.”

As it happens there is a Bulgarian beer called Boza, made by Yavor-M, that’s rumored to increase breast size and help with lactation. Yavor-M spokesman Kristian Gyoshev told Examiner.com, “We get hundreds of testimonials from women who say their boobs have gone up one or two cup sizes.” She also described the beer as natural and healthy.

But before you go on an IPA shopping spree, remember that drinking lots of beer can have some negative physical consequences–think beer belly or love handles. So if breast enhancement is your goal, it may be wiser to choose a hops supplement instead.  You could also try Chinese Food Therapy for Breast Enlargement. But do take comfort in the knowledge that beer is doing its part–no matter how small–to make you bigger in the right places, too.