For a beer lover, a trip to Belgium is practically a pilgrimage. This small country is home to roughly 200 breweries, which produce some of the world’s most beloved beers, from Abbey and Trappist brews to Lambics, and a dozen other styles. Depending on your tastes, your must-visit spots in the country might vary, and to be perfectly candid, this list is merely a jumping-off point. Consider these the essentials, plus a few of our personal all-time favorite spots from the half-dozen trips that the members of the VinePair team have made to the country. If we know one thing for certain, once you visit Belgium, you’ll be itching to go back.

The holy grail of beers, Westvleteren 12 became essentially impossible to obtain about a decade ago when it received international attention after rocketing to the top of RateBeer and Beer Advocate’s rankings. While you cannot actually visit the abbey — unless you’re picking up an order you pre-arranged via the beer phone (good luck) — the visitor’s center next door is open to the public.

A Beer At The Grote Market, Brussels 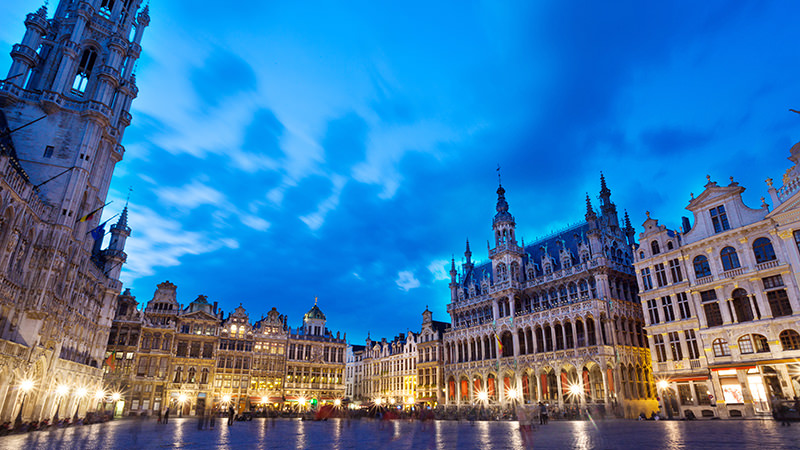 The central square of Brussels is jaw-droppingly beautiful. It’s also rung by a number of bars and restaurants, some with outdoor seating — which you’ll want to take advantage of during the day. Whether it’s the winter or just a chilly night, you’ll want to get cozy with a dark beer on the upper floors of one of the converted Guildhalls. This is the center of town and the prices reflect that, but you’re in Belgium and you should match at least a couple of your other-worldly beers with a worthy view. 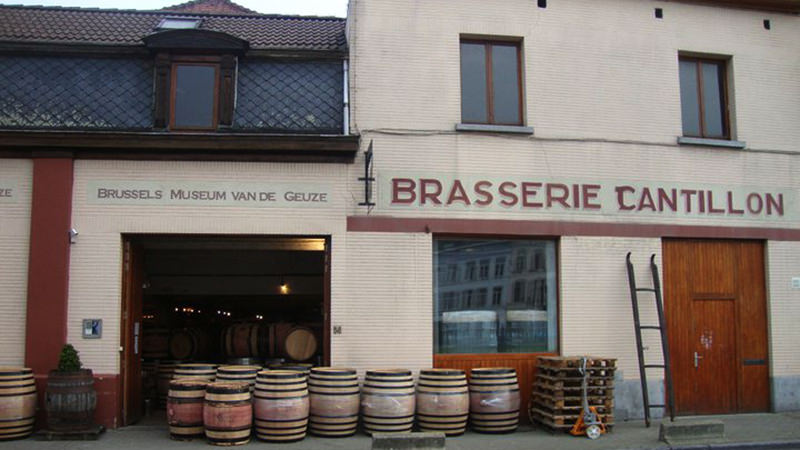 One of only two breweries in the city of Brussels proper, Cantillon is a must-visit whether or not you care for Gueze and/or Lambics. The seven Euro, self-guided tour is well worth it. Take in the unique aromas of open air, spontaneous fermentation. Peep the rows of beer aging in barrels. And of course, at the end, sample a beer or three. Brewery visits for the experienced beer traveler can sometimes feel like Gothic churches on a long European trip — after a while it starts to seem like if you’ve seen one, then you’ve seen them all. If you ever find yourself feeling like that, then get yourself over to Rodenbach stat. Rodenbach, which specializes in barrel aged, Flemish reds, is produced at a brewery unlike any other you’ve ever seen. When we say barrel aged, we mean aged in one of the nearly 300 monstrous oak casks — which you’ll get to see in person on the two-hour tour.

Kulminator itself is rather small, and it’s fairly out of the way in Antwerp, but you’re here for the beer list, which is epic, with an emphasis on vintage bottles — making the trip worthwhile. Want to try a ten-year-old aged version of your favorite Trappist beer? This is your spot. The husband and wife owners are wonderful hosts, and they’re glad to help guide you through the epic list — when the place isn’t packed. If they offer you a “go to sleep beer,” just make sure it’s really your final beer of the night.

If Kulimnator is our favorite beer bar in Antwerp, then ‘t Brugs Beertje takes the same title for the picturesque medieval city of Brugge. As soon as you step into this vintage beer advertisement-lined bar, which has been in business since 1983, you’ll know you’re in good hands. Expect a list of 300+ bottles and a few taps, served by Daisy Claeys, whose praise you’ll read about in nearly every review of the bar. If you want to dine at De Heeren you’re going to have to invest in a cab ride to get out of Brussels proper (you could drive…but that would ruin all the fun you’re about to have). While you’re not heading to De Heeren just for the beer — a half dozen taps and 300 bottles are nothing to sneeze at — you should enjoy the selection, which features a huge collection of vintage bottles of Orval, without worrying about the trip home. You’re headed here though for the incredible food, a lot of which is prepared with, you guessed it, beer. We suggest you work up an appetite and indulge in the monthly beer-paired dinners, which, unsurprisingly, features incredible local brews. While Belgian beers are typically far less hoppy than American craft beers, hops are obviously still an important ingredient. Poperinge, close to the French border and the high-speed rail transit hub in Lille, is the home of the vast majority of Belgium’s hop production, and thus a worthy detour. In addition to the farms, the town is home to the Hopmuseum, an institution dedicated to everyone’s favorite plant, which you obviously will want to visit. And, if you’re lucky enough to time your visit right, you can take in the triennial beer and hop festival, which is exactly what it sounds like.

This unique bar is an absolute must for the Lambic lovers out there. Unlike most of the great bars you’ll visit in Belgium, the script is flipped here, with a focus on taps — though their bottle list is nothing to skip over either. The spot is quiet, laid back, and has a nice neighborhood vibe — when they aren’t blasting techno (which happens here, though not as often as at their second location). About that second location in the center of town: it’s hard to miss with a grand metal and glass canopy that covers some outdoor seating.

The Zythos Bierfestival, Belgium’s largest, features 100 or so stands, serving up a dizzying array of local beers, in a large indoor hall. You’re going to want to sip and pace yourself as this is an opportunity to try all manner of limited edition and specialty beers you just won’t find anywhere else. If you’re in Brussels at the right time (planning pays!), the festival site is a quick shuttle bus ride from Leuven’s train station — itself a short ride from Belgium’s capital. This cozy, dimly spot is a quick walk from the Grote Market in Brussels. The beer menu isn’t massive like at other spots, but you will find some great, familiar Belgian brews at prices you would kill for at home. It’s also not the only place — even on this list — to cook with beer, but it’s been churning out solid pub-like fare since well before it was the trendy thing to do. We suggest you settle in and enjoy the incredible mussels in Maredsous broth with a side of fries.

We haven’t made our way back to the Moortgat brewery — where Duvel is brewed — since their purchase of Kansas City’s Boulevard Brewing and subsequent partnership with Firestone Walker out in Paso Robles, but it’s not like Moortgat was a small operation before they decided to double-down on their American operations. This might be a commercial brewery but the tour is well worth it, as is the tasting room where you can enjoy a light meal along with a number of Moortgat’s brews, from the aforementioned Duvel to Maredsous and d’Achouffe. At this classic, 100+ year-old Brussels bar — with a name that translates to The Sudden Death you’re just as likely to find locals, tourists and wandering Eurocrats. With rows of tightly packed wooden tables its easy to find yourself drawn into conversations with your neighbor, especially when it gets busy. The bar’s name derives from the house special Gueuze and Lambic, but if those aren’t your thing there’s a solid list of other local beers. Either way, the atmosphere makes the bar well worth a visit.

If you’re a fan of Craft Beer in the U.S., especially the vibe you often encounter in a tasting room – you know the vibe that says “hey, we might not have been around as long as established breweries but we make damn good and interesting beer – then you have to head to the tiny village of Esen. De Dolle Brouwers was founded in 1980 around the same time that the U.S. Craft Beer movement was just kicking off as well. They’re pioneers of the hoppier versions of Belgian beers that have now become popular and have a history of brewing some really amazing creations.