With its striking, towering soufflé, the Ramos Gin Fizz is easily one of the most visually impressive classic cocktails. Introduced in the late 19th century by New Orleans bartender Henry Charles Ramos, the drink is infamous for the bicep-straining extended period of shaking required to fully emulsify all of its ingredients.

Such was its popularity when Ramos debuted the cocktail he had to employ a “shaker boy” to help each bartender on shift. The young men were tasked with receiving the “fully charged shaker” and “[shaking] the bejeezus out of it,” cocktail historian David Wondrich writes in “Imbibe!” Wondrich adds, “Contemporary accounts say that this went on for 15 minutes, but I’m willing to bet it only seemed that long, especially to the guy who had to do all the work.”

By employing the “dry shake” technique (first shaking without ice, then completing a second shake with ice to bring down the temperature), this time can be reduced significantly. But there’s no escaping the fact that the longer you shake your Ramos Gin Fizz, the better it will turn out. 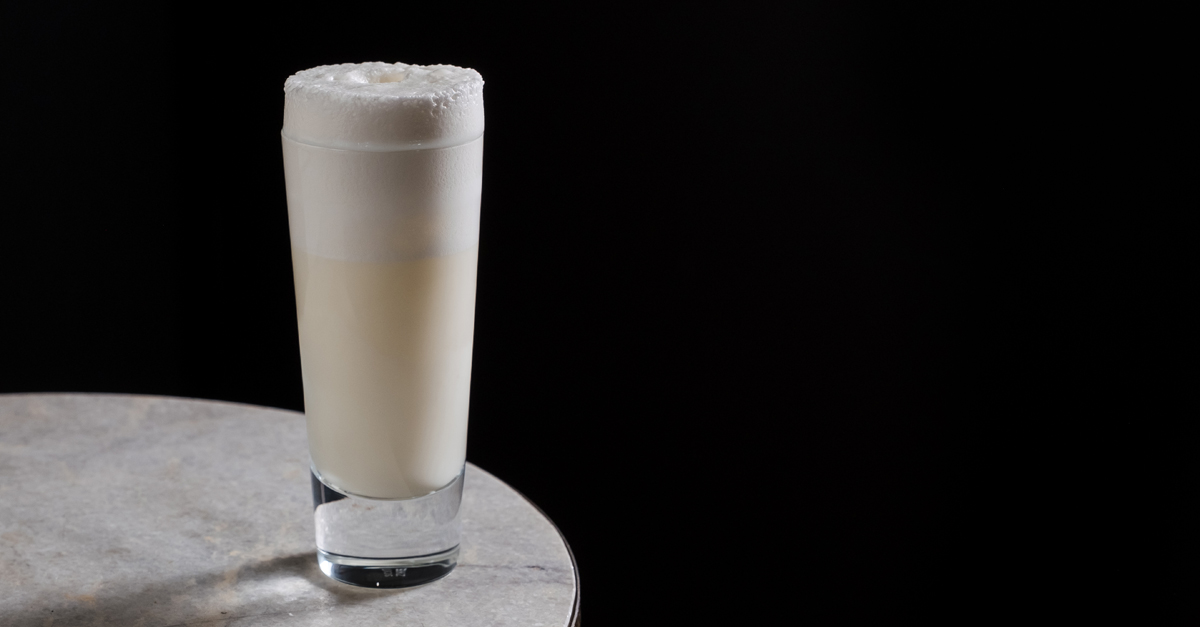 What is the difference between a Gin Fizz and a Ramos Gin Fizz?

The resulting cocktail is a Gin Fizz that is creamier and foamier than the original, mainly due to the cream and egg white. This drink also has a bit more of a citrus twang with the addition of lime juice and orange flower water.

A Ramos Gin Fizz tastes a bit like a lemon meringue pie, and has also been described as reminiscent of a cross between Key Lime Pie and an Orange Dreamsicle.

If you want to engage a bartender in lively discussion, ask about the best way to make a Ramos Gin Fizz. If you want to then piss off that same bartender, order one.

Born in New Orleans, the Ramos Gin Fizz is simple enough, ingredient-wise. The shaken classic blends gin, citrus, orange-flower water, simple syrup, egg white, and cream. Aside from the fancy orange-flower water (which is essential to the drink, sorry), most home bartenders should already have all of the ingredients in their pantry or be able to find them easily.

Making the drink is a much less straightforward affair, though. The inclusion of both egg white and cream requires toned muscles and a generous investment of time to fully incorporate. But when prepared correctly, the Ramos Gin Fizz is one of the most visually striking classic cocktails. Finished with a splash of club soda, its frothy white head towers out of the glass, rising like a magnificent “soufflé.”

New Orleans bartender Henry Charles Ramos debuted his eponymous fizz in the late 19th century, at the Imperial Cabinet saloon. It was so popular that Ramos employed a “shaker boy” to help each bartender on shift. The young men were tasked with receiving the “fully charged shaker” and “[shaking] the bejeezus out of it,” cocktail historian David Wondrich writes in “Imbibe!” Wondrich adds, “Contemporary accounts say that this went on for 15 minutes, but I’m willing to bet it only seemed that long, especially to the guy who had to do all the work.”

Nowadays, many professionals cite 12 minutes as the appropriate shaking time for a perfect Ramos Gin Fizz. But modern bartenders have a number of hacks and tricks to bring that time down. Using the following five tips, home bartenders can easily whip up shaker-boy-quality Ramos Gin Fizzes at home. (Just remember to save some ice for aching joints afterward.)

What to Do When Making a Ramos Gin Fizz

For a towering head, place the drink in the freezer.

At Kimball House, in Decatur, Ga., guests can still expect to wait a good quarter-hour to receive their Ramos Gin Fizz after ordering it. But that’s not because of an elongated shaking time.

To create the perfect soufflé, the restaurant’s bar staff strains the shaken mix into a chilled Collins glass, after first pouring in 1½ ounces of seltzer water. They then place the drink in the freezer for five minutes to set it, before removing and leaving to temper at room temperature for another five minutes. Finally, they carefully top with another half-ounce of seltzer water before serving, with the sparkling liquid raising the foam impressively past the rim of the glass.

According to co-owner and beverage director Miles Macquarrie, that period in the freezer is essential for building the structure of the foam. But even then, there are other factors to be wary of.

“One of the trickiest parts of the Ramos is not just the shake, but the final top-up,” he says. “If you pour too much or get too confident, your head will rise over to the side and the weight of it will slide right down the glass.”

For better emulsification, pour seltzer and cocktail at the same time.

While visuals are important, others say the key to perfecting the Ramos Gin Fizz is its texture. At Little Rituals, in Phoenix, Az., co-owner Aaron DeFeo believes two-inch foams and perfectly formed soufflés look stunning, but they don’t necessarily provide the best drinking experience.

“Bartenders are all sort of measuring against each other saying, ‘My Ramos Gin Fizz has a higher head than your head,’” he says, “but you don't want too much layering.”

Instead, DeFeo recommends carefully pouring both the shaken ingredients and the club soda into the glass at the same time, to blend the two liquids. “The more you can incorporate the soda water into the pour, the better,” he says. The end result should resemble a “slightly fizzy milkshake,” he adds.

Prior to his freezer to and fro, Macquarrie elects to dry shake the ingredients, before a quick second shake with ice to bring the temperature down. Most bartenders also now favor this technique. It provides a rich, velvet texture at a fraction of the time needed when shaking with ice from the start.

But Macquarrie also tweaks the process slightly. After the dry shake, he first chills the cocktail with a single large ice cube. “That big rock really helps you to whip the drink incredibly well,” he says. He then adds five regular-sized cubes to rapidly bring the drink to serving temperature.

What to Avoid When Making a Ramos Gin Fizz

The classic version of the cocktail calls for Old Tom gin, a sweeter, less-botanical style. But Macquarrie opts instead for Monkey 47, describing it as one of the finest gins on the market. “Gin is the only booze in the entire drink, so I think you can use any type of gin that you like and that flavor profile is going to rise to the surface,” he says.

Others keep things simple and warn against overcomplicating the drink with a spirit that’s too floral or perfumed. DeFeo uses Plymouth gin because of its zesty, citrus character, but says you “can’t go wrong” with classic London Dry.

Ultimately, there’s no escaping the fact the Ramos Gin Fizz is a bicep-straining, elbow-burning beast — and that’s all part of the appeal. Shake for as long as you possibly can, then shake some more. The first one or two attempts might end up in failure, but the more you practice the better the results will be.