The Story Behind The Pisco Punch

Pisco is overwhelmingly associated with the Pisco Sour, and with good reason — it's a fantastic cocktail. But if you're looking for more from your bottle, mixing up a glass of Pisco Punch is an excellent choice. Combined with tart citrus and rich simple syrup, it’s a delightfully playful drink.

Pisco, a type of brandy claimed by both Peru and Chile, is clear to light amber in color. It arrives aged or unaged, depending on its country of origin. Peruvian pisco rests for three months in stainless steel or glass, while. Chilean styles occasionally age in wood. Though these two South American countries lay claim to spirit, the Pisco Punch’s origins lie in North America.

The classic recipe for the drink reportedly originated sometime during the 1880s in San Francisco. Bartender Duncan Nicol is said to have developed the recipe, which was originally pre-batched to keep the specs a secret. The key ingredient in Nicol’s Pisco Punch is believed to be pineapple-flavored gum syrup, but others speculate that coca-infused tonic wine might be the punch behind the, well, Punch.

The cocktail was much loved among authors and San Francisco visitors in the late 19th century through the early 20th century but fell out of fashion around Prohibition. However, modernized versions are now popping up at craft cocktail establishments, with a few bars opting to riff on the template.

The Pisco Punch’s build isn’t too complicated. The spirit, lemon juice, rich simple syrup, and pineapple juice are added to a cocktail shaker with ice. Typically, a 30-second shake is adequate to reach the desired temperature before the drink is strained into a chilled coupe glass.

Unique garnishes pull together the presentation of this drink. A small pineapple wedge or a maraschino cherry tops off each fun sip.

Keep reading to shake up a Pisco Punch of your own. The Pisco Paloma Recipe:
This Pisco cocktail has the grapefruit and lime flavors of a Paloma, the classic Mexican tequila drink. Get the recipe here. 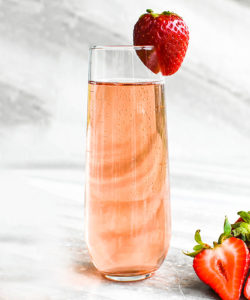 The Peruvian Paloma Recipe:
By swapping Peruvian Pisco for tequila in this traditional Mexican cocktail, contributor Natalie Migliarini creates something new, bright, and delicious. Get the recipe here!