Single malt might be (okay, is absolutely) the fashion in Scotch, the stuff we like to talk about and “chew on” in proximity to leather couches. But most of the Scotch whisky sold in the world is blended. And if you’re not drinking it—possibly out of some peer pressure to hang with the kids in the Single Malt aisle—you’re missing out.

Like single malt, but in a completely different way, blended scotch is an art form, a master craft that’s only entrusted to the hands of Master Blenders. It’s also a slightly confusing term. But we’ll break it down, straight up, right here. Blended Scotch whisky is a combination of whiskies from two or more distilleries, whereas single malt is just the product of one distillery (more on all that here). When you go blended, you can end up with some super unique stuff—sometimes experimental, sometimes just (“just”) meticulously crafted, but often including a grab bag of single malt Scotches that should satisfy the greedy whisky fiends in all of us.

As part of the multi-distillery-lovefest that is blended Scotch, it can also contain unmalted grain whisky, which is often wheat, and often imparts lighter cereal/sweet notes to the blend.

All of this is not to be confused with blended malt, or vatted malt, which is the product of blending two or more single malts from different distilleries (the difference being there is no unmalted grain spirit at play here). Because variety is the spice of whisky, we’re including both kinds here. But we’ll designate what’s what. And while nothing’s a total steal, they’re all fairly budget friendly, between $30 and $50 or $60. A blended whisky, meaning it’s not made from single malts, but there is a large proportion of single malt in the bottle. (Te Bheag, which means “a wee dram,” is pronounced Chey Vek.) You’ll get a whisper of coastal breeze and layered peat integrated with caramel/toffee notes from some Sherry cask aging. Not to mention bragging rights because you know how to pronounce Chey Vek. Blended whisky is fun—and incredibly interesting—because you can get products that never would have existed but for the imaginations of independent Scotch blenders like Compass Box. A super delicate blend, this one has 50% malt whisky and the rest neutral grain-aged in first-fill American oak (when you’re first fill, you get more oak/vanillin qualities). A decidedly lighter dram, with some soft orchard fruit (pear and apple), vanilla, florals, and the slightest whisper of smoke. We’ve got to include a few bottles most everyone is likely to see/have seen. But it’s not just ubiquity. You get quality here, a fairly rotund mélange of honey and banana custard and toffee flavors with herbaceous, floral notes and some baking spice and black pepper to dry out the lingering finish. One of the top selling blended Scotch whiskies in the world. (If you spring a few more for the “Extra,” you’ll get some sherry cask-maturation, with more sweetness and mature fruit.) Another one worth mentioning for its sheer popularity in the U.S., but also, incidentally, a quality and interesting blended whisky. If you poke around you’ll get notes of everything in here—some seaside grass, cereal sweetness with malty/toffee/spice deeper in. Another one you’ll see around, and a bit more of a splurge at closer to $50 and up. But a general crowd pleaser, and for good reason—they take time blending 40 whiskies from all over Scotland, making this more of a mosaic than most blends. And in said mosaic you’ll find cereal, nuts, smoke, spice, toast, dried fruit, citrus, and toffee. There’s more Islay in the Black Label than the Red, giving a little more huskiness to the softer grain components. Looking for a good blended, an easy yes. Higher cost, but some of the best single malts inside—Caol Ila, Bowmore, Ardbeg, and Port Ellen (one of the most prized and geeked-out-over single malts there is). Don’t let the cartoony label fool you; this blend doesn’t mess around. True to Islay, it’s punchy with sea spray and smoke, laced through with vanilla and softer notes that simmer up in campfire smoke. 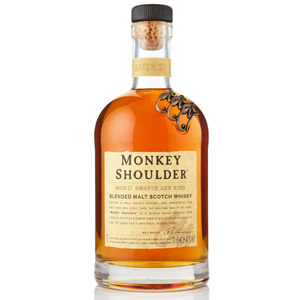 Another blend of single malts—Balvenie, Kininvie, and Glenfiddich, 9 casks each, hence the name—with more overt honeyed sweetness. Balanced out by some chunky malt, with nuttiness, butterscotch, and some soft citrus notes, it’s one of the smoothest and easiest to drink. An independent bottler, like Compass Box, around since 1824, Wemyss (pronounced “Weems”) makes “The Hive” with an emphasis on honeyed sweetness. Not that it’s a cloying dram, in fact far from it, nor is it heather-honeyed. Built on Speyside single malts with both sherry and first-fill casks, it delivers vanilla, honeyed toast, toffee, and cooked fruit with a rich, almost oily mouthfeel that dries out with peppery, woody spice on the finish. If you can find the 8 Year, not a bad idea to start there.