You’ve probably heard the term “bottled in bond” before, but what exactly does it mean? The defining rules date back to the late 19th century: The spirit must be at least four years old, bottled at exactly 100 proof, come from one distillery and one distillation season, and be aged in a federally bonded warehouse.

The Bottled in Bond Act of 1897 was an attempt to regulate whiskey at a time when certain cost-cutting producers were adding unappealing (and sometimes dangerous) adulterants to their spirits. Consumers who saw the BIB designation on a label could rest assured they were getting real whiskey, and not some dubious grain spirit with tobacco added for coloring.

Nowadays, the BIB designation is still an assurance of quality, but it’s also a bit of a throwback. Alcohol is currently heavily regulated by the TTB, so it’s generally pretty unlikely there would be unsavory or harmful additions in your bottle. That said, BIB does give consumers a better idea of a spirit’s origin and age, comparable to a vintage in wine. And the 100 proof rule means BIB spirits often work better as cocktail components; the higher ABV allows them to shine even when mixed.

BIB doesn’t only apply to whiskey, though. Any American spirit can be designated as such, as long as it meets the requirements. Heaven Hill is the distillery that stands at the forefront of BIB spirits, with the largest catalog of bonded whiskey (and one brandy). But other distilleries, both new and old, have released their own BIB spirits over the past few years as well.

Ready to dive into the historic, resurging category? Here are 20 bottled-in-bond spirits for every budget. Rittenhouse has the same mash bill as Heaven Hill’s more mature rye whiskey, like Pikesville and the new Parker’s Heritage Collection Heavy Char Rye, and is a bartender favorite. At four years old and with a mash bill of 51 percent rye, Rittenhouse is light and mildly spicy, and works splendidly in classic cocktails like Manhattans. Average price: $25. 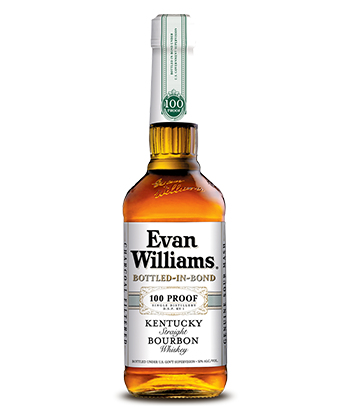 If you had to pick one cheap bourbon for your bar, Evan Williams is a good choice — and the BIB version is even better. This Heaven Hill whiskey brings more heat and flavor to the already solid Evan Williams palate, with light notes of caramel, vanilla, and a touch of citrus. Heaven Hill is releasing a new 7-year-old BIB whiskey to replace its discontinued 6-year-old, but Evan Williams white label arguably remains a better deal. Average price: $15. This is what you wish Jim Beam White Label tasted like. It’s got that classic nutty, corn-forward Beam flavor with more heat and a bit more body (although still on the thin side), and it shines in any classic bourbon cocktail you can think of. This isn’t an overly complicated whiskey, but it does the trick. Average price: $23. 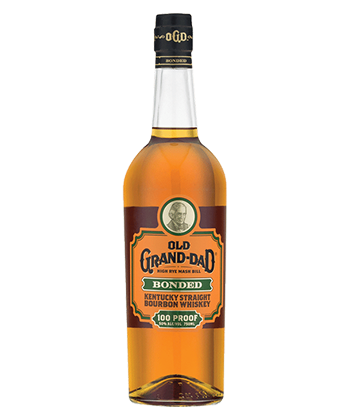 Old Grand-Dad is an inexpensive, high-rye bourbon in the Jim Beam family (it is made from the same mash bill as Basil Hayden’s). Its bottom-shelf status belies its flavor, and many in-the-know whiskey fans turn to this bourbon for something dependable and cheap. The BIB version is particularly good, with a very faint corn nose, a little spice from the high percentage of rye, and that typical Jim Beam nutty flavor. Average price: $20. When it comes to cheap rye whiskey, bartenders generally opt for either Rittenhouse or Old Overholt. In 2018 Old Overholt, distilled by Jim Beam, released its first bonded version. It’s an improvement on the original, with very soft spice notes (the mash bill is around 51 percent rye) and a dose of sweetness, making this a good choice for your Manhattan. Average price: $23. 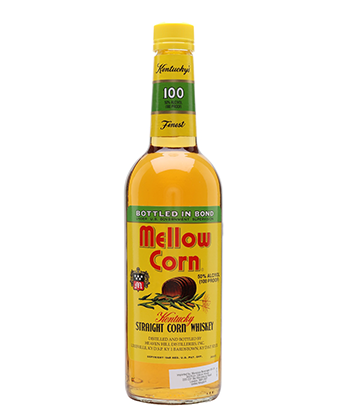 Mellow Corn is a straight corn whiskey, which means the mash bill contains at least 80 percent corn and it’s aged in once-used bourbon barrels for at least two years. Mellow Corn is aged for four years but is a lighter color than a bourbon would be because it’s matured in used barrels. The palate is sweet and soft, with just a hint of spice, making it a good candidate for cocktails. Average price: $12. 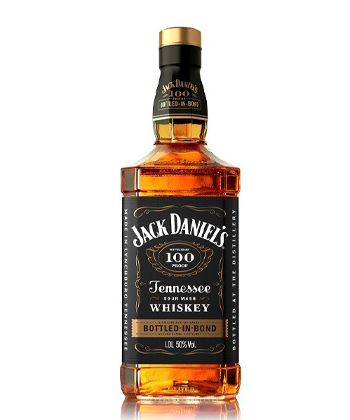 Over the past few years, Jack Daniel’s has been adding different expressions to its core lineup — not that it really needs to, considering its whiskey dominance around the world. But this expansion of the catalog is a welcome development. This BIB Tennessee whiskey is basically a bigger, bolder version of Old No. 7. It has a light boozy nose and the typical sweet, buttery JD flavor with just a bit more heat. Available at travel retail only. Average price: $38. 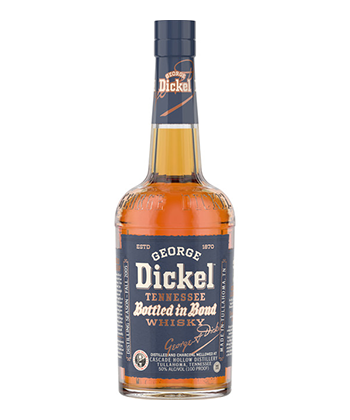 Dickel, the other Tennessee whiskey, released this BIB expression last spring, the first under new general manager and distiller Nicole Austin’s watch. Considering that it’s aged for 13 years (much longer than is required), this is a very good deal. It’s instantly recognizable as Dickel with its characteristic funky grain notes, but there are also deep cherry, caramel, and butterscotch flavors. Average price: $36. 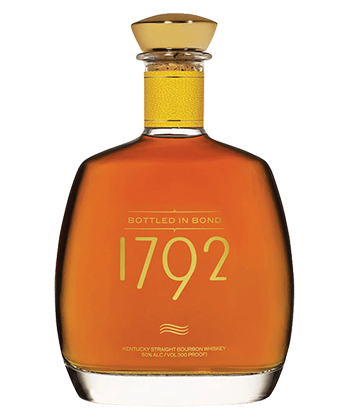 1792 is a brand produced at the Barton Distillery, owned by Sazerac. While not as popular as the company’s Buffalo Trace bourbon, 1792 does release some very good whiskey, especially in its limited-release lineup. This BIB bourbon is a bit thin as far as mouthfeel, but it’s very tasty, with spice and wood shavings on the nose, and a bit of dried cherry and caramel on the palate. Average price: $36. This bourbon from Old Forester is the second in its Whiskey Row series. It has a nice amber color, with faint wood and char on the nose. There’s a bit of spice on the palate (the mash bill has about 18 percent rye), along with candied citrus and chocolate on the nose. Even though it is 100 proof like all BIB whiskey, it does have a bit more heat on the palate, which is not a bad thing. Average price: $50. In 2018, Heaven Hill discontinued its 6-year-old BIB bourbon, an inexpensive favorite of many whiskey drinkers who were very sorry to see it go. The distillery announced that in the fall of 2019 it will release this 7-year-old version, with a higher price tag that is not necessarily proportionate to that extra year of aging. Still, this is most likely going to be a quality whiskey, with notes of caramel, honey, and a bit of rye spice, according to the distillery. Average price: $40. This 10-year-0ld BIB bourbon won Best in Show at the San Francisco World Spirits Competition in 2019, immediately raising its profile and most likely making it impossible to find at a reasonable price. It is (or was) a bargain; a mature bourbon at 100 proof with notes of oak, maple and dry spice on the palate. If you spot a bottle being sold at its SRP, grab one (or two). Average price: $35. Christian Brothers, owned by Heaven Hill, released this 4-year-old BIB brandy expression a few years ago, which makes sense given Heaven Hill’s whiskey mastery. Look for big grape and pear flavors on the nose and palate, along with some oak and underlying char. For the whiskey drinker who is brandy-curious, this would be a very good entry point into the category. Average price: $26. 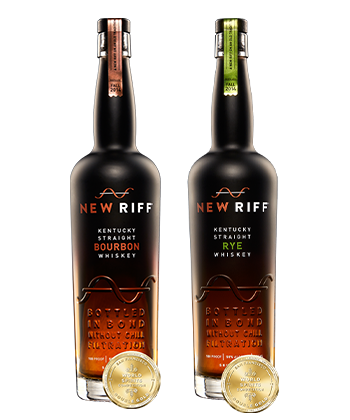 New Riff Distilling, located in Newport, Ky., has an entire lineup consisting of BIB spirits. This newcomer has high-quality rye, bourbon, and single-barrel selections that are all at least four years old and 100 proof. The bourbon has a high rye mash bill of 30 percent, and the rye is 95 percent rye, so expect a nice dose of spice to counteract the sweet grains in both expressions. Average price: $40. The entire E.H. Taylor, Jr. lineup from the Buffalo Trace Distillery is BIB (except for the Barrel Proof). In recent years, some new releases have been added that experiment with mash bills. The most recent is made using the ancient grain amaranth instead of rye as a flavoring agent, released as a one-time, limited bottling. It’s an interesting whiskey that won’t appeal to everyone. The nose has hints of balsa wood and heat, and there are earthy notes on the palate combined with fruit, ripe apple, and a touch of bitter melon rind. Average price: $70. 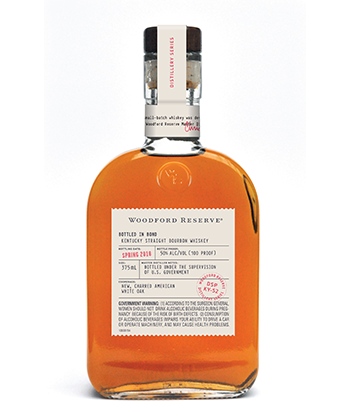 This whiskey was released in 2018 as part of Woodford Reserve’s Distillery Series and is hard to find outside of the distillery these days. The flavor is a bit bolder than regular Woodford because of the higher proof. Look for notes of graham cracker and pear on the palate, with a sweet finish. Woodford Reserve BIB comes in a 375-milliliter bottle. Average price: $50. NY Distilling Company’s Ragtime Rye gained a sister whiskey this past year. This BIB rye also is part of the Empire Rye category, meaning it’s at least two years old (in this case, it’s at least four years old); distilled, aged, and bottled in New York State; and has a mash bill consisting of at least 75 percent rye grown in New York. The whiskey is spicy, but also has balancing notes of cherry and banana that come into play. Average price: $50. Kings County Distillery is located in Brooklyn and was the first distillery to open in the city since Prohibition. The BIB version of its straight bourbon is hotter than the original, with a richer, more complex nose and palate. It’s priced rather high, especially considering that it’s sold in a 375-milliliter bottle, but those interested in trying something from a reputable craft distillery should take note. Average price: $65. 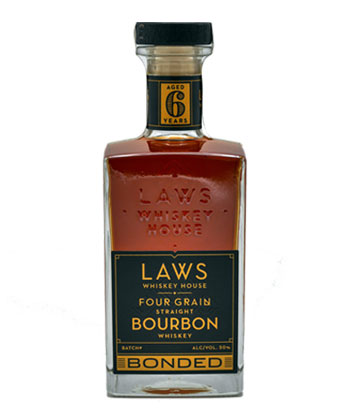 Colorado’s Laws Whiskey House introduced 6-year-old BIB whiskey to take the place of the distillery’s previous 4-year-old version. It’s made from a four-grain mash bill (corn, rye, wheat, and barley), and joins other bonded products from Laws, including a straight wheat whiskey and a straight rye whiskey. Look for notes of vanilla and black cherry on the palate, according to the distillery. Average price: $80. 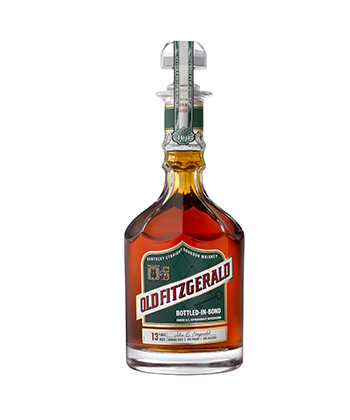 Old Fitzgerald has been released biannually by Heaven Hill since 2018 as a BIB whiskey, and the most recent iteration is a wheated bourbon aged for 13 years. This pricy whiskey is best enjoyed neat or perhaps with a single large ice cube, which opens up a palate rich with honey, oak, and stone fruit. Each release is a bit different from the last, so expect different flavors depending on which bottle you try. Average price: $130.